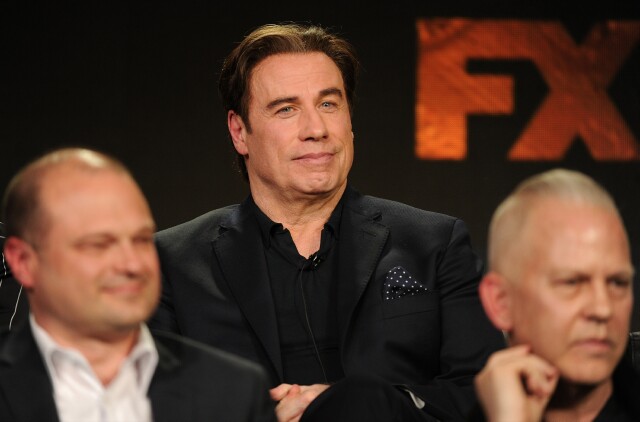 Pasadena, CA – FX has a rich history at Television Critics Association tours, having presented during the last 15 years hundreds of panels for ongoing drama and comedy series and limited series franchises that were (or continue to be) largely well-received by critics, including “The Shield,” “Nip/Tuck,” “Justified,” “Damages,” “Archer,” “Louie,” “American Horror Story,” “The Americans,” “You’re the Worst” and “Fargo.” Panels for all of those programs, like the shows themselves, generated considerable excitement. But I can’t recall a TCA presentation for a program on FX that was as electric as the one this past weekend for the upcoming Ryan Murphy production “The People vs. O.J. Simpson: American Crime Story.”

Despite the fact that the real-life drama that began in 1994 with the savage murders of O.J. Simpson’s ex-wife Nicole Brown Simpson and her friend Ronald Goldman, continued through one of the most outrageous and over-extended trials in history and ended in late 1995 with a verdict that galvanized the nation played out over 20 years ago, there remains to this day an urgency and an unfortunate timeless quality to this story. Perhaps that explains some of the palpable enthusiasm surrounding this production, not simply among the critics and reporters who have seen the first few episodes but the executives and publicity team at FX itself.

One might assume, given the collective quality of the material they have worked with through the years, that the first season of the new “American Crime Story” franchise would be just another top-shelf project for them. But that isn’t the case.  I’m sure they love all of their children equally, but it seemed to me that everyone at FX, from CEO John Landgraf (pictured below) on down, is more stoked about this project than any other in the network’s impressive history. 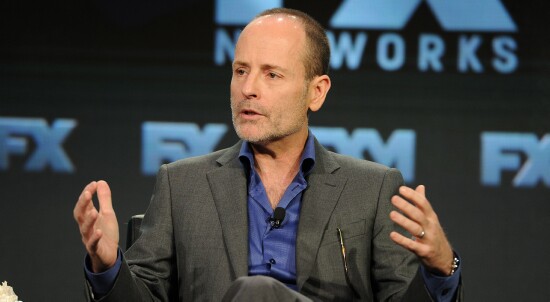 During his session with the press, which opened FX’s day at TCA, Landgraf referred to “The People vs. O.J. Simpson” as “one of the most high-profile projects we’ve undertaken,” adding that it is “a tremendously entertaining program that addresses many critical and societal issues that are at the forefront of the current national dialogue such as race, domestic violence, gender discrimination, the 24/7 news cycle, celebrity, class and our sometimes broken criminal justice system. We couldn’t be more thrilled with the quality of the show.”

Adding to the energy surrounding “Simpson” is the casting of John Travolta (pictured at top) as celebrity attorney Robert Shapiro, who was part of Simpson's defense team. At the panel for this series it was noted that Travolta hasn’t done regular television work since his portrayal of Vinnie Barbarino on the sitcom classic “Welcome Back Kotter” 40 years ago. I’m told there have been television press tours of various kinds almost since the medium came into existence, but the Television Critics Association as it has been known since its formation in the late Seventies did not exist when “Kotter” debuted. In other words, the “Simpson” panel marked Travolta’s TCA debut. He must have enjoyed it, because he stuck around to chat with reporters at the cocktail party that closed FX’s day and seemed quite happy to be doing so.

The “American Crime Story” panel (pictured above) was certainly top of mind for the press, as was the session for drama series “The Americans,” which the TCA honored with an award for Outstanding Achievement in Drama last summer at the annual TCA Awards. But the highlight of FX's days at TCA tours are the press conferences with Landgraf, who always has something newsworthy to say and always makes headlines, never more so than last summer when he spoke eloquently and quite convincingly about his observation that there is (or soon will be) too much TV competing for the hearts and minds of viewers (never mind critics).

His appearance at this tour was no exception. When one critic asked him for an update on the situation, Landgraf acknowledged that the debate about too much television, which has come to be known as Peak TV, started with his TCA session last summer but is no longer just his debate. “It’s a debate in the culture, right?” he asked, adding, “I decided I don’t own it.” He noted that FX put together data in December indicating that there were 409 scripted series, “and by the time January came along, it was 412. So counting television series, it’s like counting lemmings. Hopefully, they won’t all run off a cliff and plunge to their deaths into the ocean.”

Reminded that executives at some networks and streaming services have pushed back, declaring that there can never be too much TV, Landgraf replied, “We all have a stake in saying really positive things about the health of the businesses that we run, and so I think there are people who are uncomfortable even debating a question of whether there is or can be too much television. But I generally got a lot of positive feedback. I got a lot of people saying, ‘Gosh, I’ve really been feeling it.’

“It’s interesting to have somebody say it out loud and to actually have a public debate about it,” he continued. “I’m not saying that more television doesn’t beget more good television and that more television in general doesn’t beget more good television. I’m saying that from a business standpoint and increasingly from a consumer standpoint, it’s hard to launch shows. I think it’s harder and harder for consumers to see good shows. It’s like there’s too much of everything in many ways. There’s not enough human attention to go around for all of the data, all of the articles, all of the television shows, all of the content … I guess what I’m saying is that I think content creation is in an economic bubble.

“You know, what I said [in August] was, I thought that this year or next year would probably be ‘Peak TV,’ although timing is really hard. I could well be wrong about timing. Anybody who tries to time the market lives to regret that day. But I thought, well, I’ll make a statement that’s falsifiable because, then, at least it’s out there, and it will be right or it won’t be right, right?”

Landgraf revealed that FX puts together a document referred to internally as The List, which is a list of every primetime series telecast in America. “It’s 26 pages long with 60 shows on each page,” he said, which brought a few gasps from critics in the room. The shows are listed in order of viewership; those on the last five pages, Landgraf observed, have ratings so small it’s as if no one watches them.

“There’s something a little wonky [about it],” he added. “If you really dug under the economics of every business making unscripted television shows and every show itself, [you would see] that they wouldn’t all be profitable. There are more shows being made than can be sustained economically.”

Commenting on Netflix (which would produce a jam-packed and very well attended TCA day beginning less than 24 hours later) Landgraf said, “Netflix went from zero shows three years ago to, the last time I counted, 55 adult series. They have about 45 children’s series, but I’m talking about half hour comedies, one hour dramas and adult comedies. A lot of people made a lot of money buying Netflix stock. It was up, I think, 140 percent last year, but it doesn’t make any significant amount of profit. So 55 of those new shows came from a business that’s not yet in any way making any significant amount of profit. My point is that something has got to give eventually in that regard. But I’m not foreseeing a collapse. I guess I just feel like we’ll get to maybe 450 shows and then there will be a contraction down to 350 or something like that.