TCA: FX Is Once Again the Big Winner at the 34th Annual TCA Awards 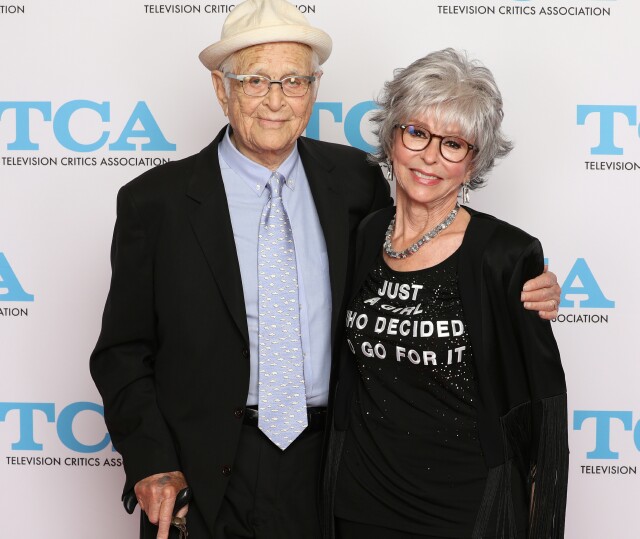 Beverly Hills, CA – The Television Critics Association on Saturday night honored its collective choices for the outstanding programs of the past television year at the 34th annual TCA Awards.  FX emerged the major winner for the third consecutive year, this time with four awards.  Three of them went to The Americans for Program of the Year, Outstanding Achievement in Drama and Individual Achievement in Drama for star Keri Russell.  “I feel your group especially was such an integral part of the success of our show," said Russell in a video-taped acceptance speech.  "You watched, wrote and championed us into everyone’s consciousness and I feel that saved our show.”

FX’s other award of the night went to The Assassination of Gianni Versace: American Crime Story for Outstanding Achievement in Movies and Miniseries.  Executive producer Ryan Murphy (pictured below, sixth from left) and cast members including Darren Criss, Edgar Ramirez, Ricky Martin, Judith Light and Finn Wittrock were on hand to accept the award. 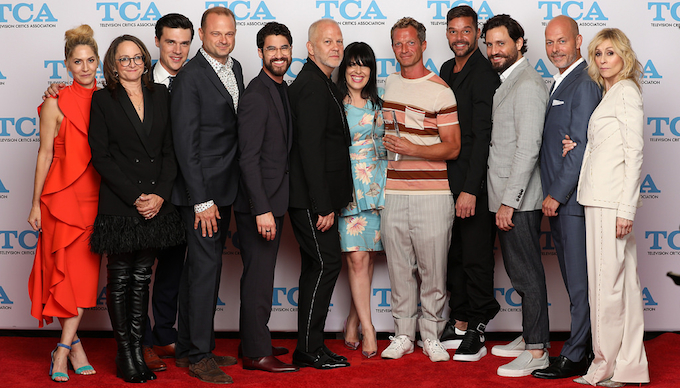 HBO followed with two awards, one for Outstanding Achievement in Youth Programming for Sesame Street, the other to John Oliver for Outstanding Achievement in Sketch/Variety Shows for Last Week Tonight with John Oliver.  “I can’t be there, but honestly I am thinking of all of you,” he said in a taped acceptance speech from New York City, where he was preparing for Sunday night’s telecast.  “It’s Day 11 of the summer press tour and I was there Day 1, when you were all so young.”

The award for Sesame Street was presented by MediaVillage writers Steve Gidlow and Jacqueline Cutler (pictured below). 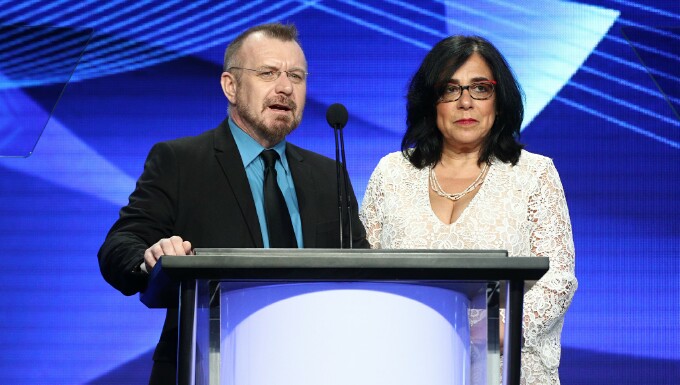 The highlight of the night was the presentation of the TCA’s Lifetime Achievement Award to Emmy, Grammy, Oscar and Tony Award-winner Rita Moreno by the legendary Norman Lear, the executive producer of her current Netflix series One Day at a Time.  (Lear and Moreno are pictured at top.)  “Rita Moreno and her personal magic has made [working with her] easy,” Lear said in his introductory remarks.  “Rita came here as a Puerto Rican immigrant at five years of age and went on to create her own unique role. I’m grateful to know and work with her.”

“I could say I’m at a loss for words, but I’m not,” joked Moreno when she accepted her award.  The EGOT recipient went on to share stories and reflect on what recognition meant to her.  “We keep dragging our past into our present,” she concluded.  “I am so blessed; so damn the shadows and here’s to the light!”  She wore a T-shirt with the words "Just a Girl Who Decided to Go for It."

The Heritage Award went to the enduring Warner Bros.-produced series Friends, whose creators Marta Kauffman, Kevin S. Bright and David Crane were on hand to accept.  Reading from an early review of the show, circa 1994, Kauffman said, ‘Another ghastly creation from professional panderers Marta Kaufman and David Crane.’ 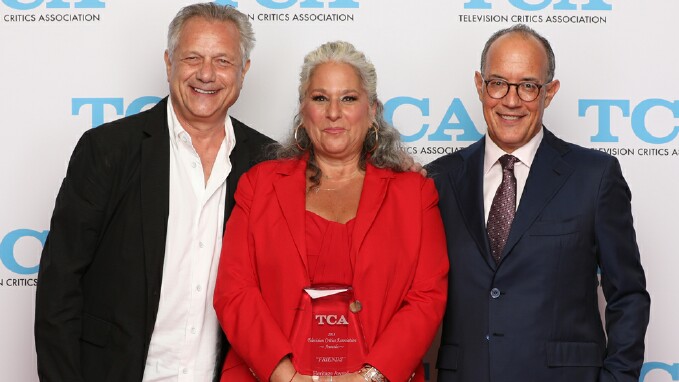 “When we started Friends our goal was to not get cancelled after 13 episodes, so our bar was set very, very low,” she recalled with a laugh.  (Bright, Kaufman and Crane are pictured above, left to right.),

“My daughter has friends who thought the show was new and a period piece,” Kauffman quipped in closing.

Program of the Year: The Americans (FX)

Outstanding Achievement in Comedy: The Good Place (NBC) (pictured below) 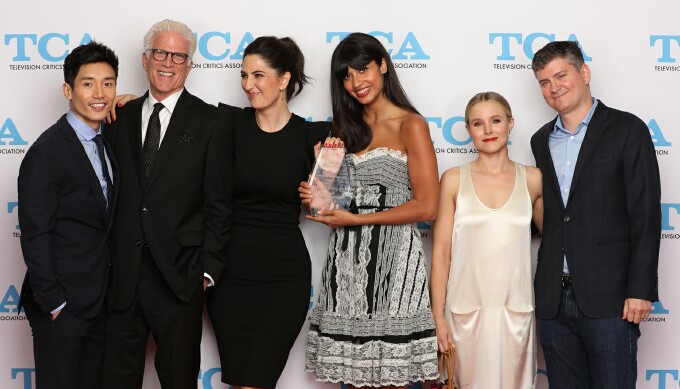