FX Networks at TCA: When It Comes to Top Quality TV, HBO and FX are Way Out Ahead – Ed Martin 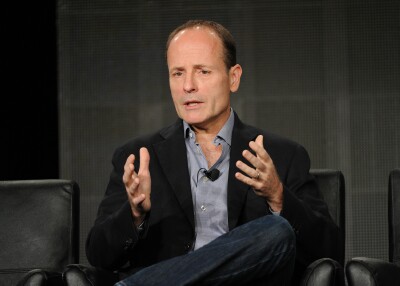 Pasadena, CA – FX has for the last ten years had plenty to cheer about during its days at the Summer and Winter Television Critics Association tours. Ever since it premiered its first scripted drama series, "The Shield," in 2002, the network has had something good to say about its growth and ratings and even its ability to win awards. ("Shield" star Michael Chiklis won the Emmy for Outstanding Lead Actor in a Drama Series for his performance in season one.)

Since that time the momentum for this network has never stopped, with FX continuing to roll out new series that for the most part have been embraced by critics and viewers alike. Its' very busy programming team is now fueling two networks: FX and FXX. Fortunately, their broadcast sibling Fox several years ago decided to turn over one of its two TCA days to them, giving both networks ample opportunity to keep all of their talent in front of the press, something FX Networks continues to do better than any other cable entity.

Indeed, the FX Networks team and its talent now have such strong ties to the press that publicity chief John Solberg made sure on Sunday to have the Colts-Patriots game and the Packers-Seahawks game playing on monitors in the lobby outside the ballroom at the Langham Huntington Hotel where the Winter tour was held – and he made clear that it was perfectly okay for any TCA members who are also football fans to leave the ballroom at any time to watch some of the action.

As if that weren't accommodating enough, the farewell panel for FX's long-running detective series "Justified" was delayed while the final minutes of the Packers-Seahawks game was televised on the giant screens in front of the ballroom that are usually reserved for clips reels and live satellite feeds. "Justified" star Timothy Olyphant hung out on the stage with Solberg watching the action (and not quite believing what he was doing) while critics were glued to the big screens. The room was no longer full of journalists, publicists, executives and stars. Instead, it was a room full of football fans. It was an experience unlike any other I can recall in my 25 years of covering TCA tours. 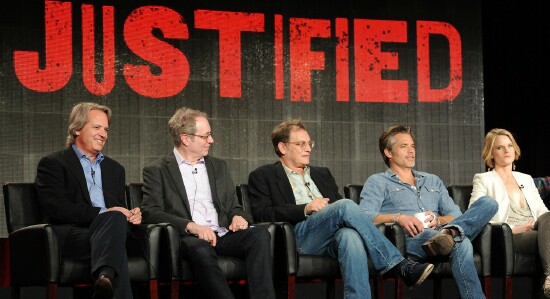 In addition to the session for "Justified," FX Networks' loaded day included panels for the new comedies "The Comedians" (starring Billy Crystal and Josh Gad), "Sex and Drugs and Rock and Roll" (starring Denis Leary) and "Man Seeking Woman" (starring Jay Baruchel); returning comedies "It's Always Sunny in Philadelphia," "Archer" and "Louie," and returning drama "The Americans." Many of these shows, along with FX dramas "American Horror Story," "Fargo" and "The Strain" and FXX comedy "You're the Worst" are among the critics' favorite shows, personally and professionally.

The big love critics have for so many FX shows was actually a point that FX Networks and FX Productions CEO John Landgraf focused on during his session with the press, which kicked off the day. "We have had a number of great shows over the years but nothing that we could definitively claim as the best show on television," he said. "'Fargo' was the most critically acclaimed TV show of 2014 on HitFix and Metacritic polls, replacing [AMC's] 'Breaking Bad' for the prior two years. Its excellence was justly rewarded with an Emmy and a Golden Globe Award for best miniseries, [plus] the AFI and Critics' Choice Awards.

"One of the things I'm most proud of that's been so important in this current competitive environment is our track record," Landgraf enthused. "We've been doing high-quality original series now for a dozen years as HBO has for almost two decades. Netflix and Amazon Prime have joined the party, and Showtime, AMC, Comedy Central. No matter what anyone thinks, the five broadcast networks and PBS are doing just fine. The amount of competition is just literally insane. In 2014, by our best count, there were 353 scripted original series on television in America, and in the last five years, since 2010, the number of original scripted cable series in prime has doubled from 91 to 180, even as the [streaming] services have also begun ramping up their slate."

That's where the critics come in, Landgraf explained. "In this crazy environment, I believe critics play an even more important role. Consumers are more dependent than ever for key tastemakers and curators and reviewers and bloggers to guide them to the shows that are worth their limited attention. Word of mouth is important, but many times word of mouth starts with an independent third party seal of approval.

"To that point, the general perception about TV today among many consumers, and perhaps some TV critics, is that HBO is the runaway leader in quality and depth and that the other networks and programming services that produce and air the highest-quality original programming are in a pack battling it out for second place. [We] think that those who share that perception aren't seeing the full picture, so to test the accuracy of that perception we made a list of every show on TV that earned a spot on any TV critic's list of the Top 10 shows of 2014. And then we totaled the number of inclusions and sorted that total by each network. 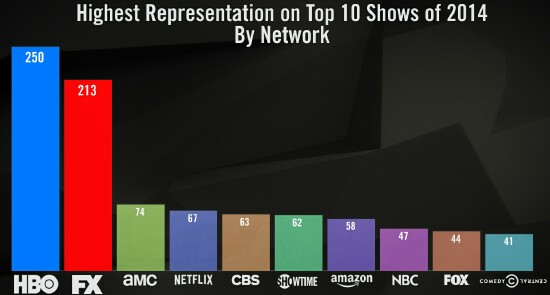 "HBO led all networks with 250 Top 10 inclusions, but FX was a close second with 213 [as seen in the chart shown above, courtesy of FX]. And even more significantly, AMC, which led the rest of the pack, was a distant third with 74, followed by all the others. HBO and FX absolutely dominated the race for quality in television. [Our research] shows, at the moment, that the race for the best in TV is really only a competition between two channels, with all the others in the pack way, way behind the two leaders.

"So I would submit if FX was previously considered a part of a group of channels battling out for second place in the perceptual pecking order, the factual pecking order is now HBO and FX at No. 1 and No. 2 and everyone else in the pack battling it out for No. 3. And that's not a swipe at everyone else, because I truly respect our very good and formidable competitors and the many, many excellent TV shows that are not on HBO or FX. It's just the reality that FX has broken well out of that pack and demonstrably strengthened its position, and it and only it is now closing in on HBO."

It may not fall into the category of what is commonly referred to as top quality television, but Landgraf during his session announced that "It's Always Sunny in Philadelphia," which just began its 10th season, has been renewed for two more seasons. The renewal, he said, "will make it the longest running live action comedy in cable history and the second longest running live action comedy in TV history behind 'Ozzie and Harriet,' which ran 13 seasons, and tied with 'My Three Sons,' which ran for 12." I cannot recall the last time I heard either of those classic shows referenced during a TCA panel. I surely never expected to hear them spoken in the same sentence as "Sunny." It's just another example of the power of FX Networks' programming.