FX Networks Stands Way Out at the Summer 2015 TCA Tour 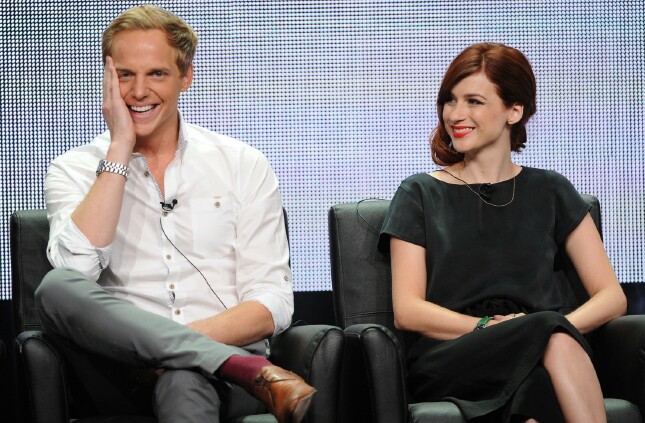 Once again, FX Networks has been all over a Television Critics Association tour, beginning (in what has to be a first) even before this one began and continuing throughout. At a time when many networks (especially those on cable) are cutting back on crucial areas of their businesses (such as publicity and promotion) FX is staking its claim as the most forward-thinking. I’m not going to suggest that the press is as supportive of FX as it is just because of the outstanding work by its publicity team. (Critics didn’t hesitate to dump on “The Comedians,” “Tyrant” and “Married,” to name three obvious examples.) But it hasn’t hurt.

The “FX tour” actually began on Monday July 27 -- the day before this TCA gathering officially started (or travel day as it is known in the group). National Geographic Channels that night had an opening reception with its executives and talent, but in a last minute move FX late that afternoon hosted a screening on the Fox lot of the first episode from the second season of “Fargo.”

FX rested for a while, until last Thursday night, when stars from its shows and those on sibling network FXX attended the gala party hosted by bigger sibling Fox at the Soho House. The following day (during which FX Networks John Landgraf made news) fully belonged to FX, which offered panels with producers and casts of new and returning series on FX and FXX along with a breakfast, a lunch and, beginning in late afternoon, a lively party of its own (in the Beverly Hilton penthouse). As far as I can recall the only other network group to claim a day of its own is NBCUniversal Cable, though it doesn’t utilize it as fully as FX does its day, even though NBCU Cable has many more networks and shows to promote. 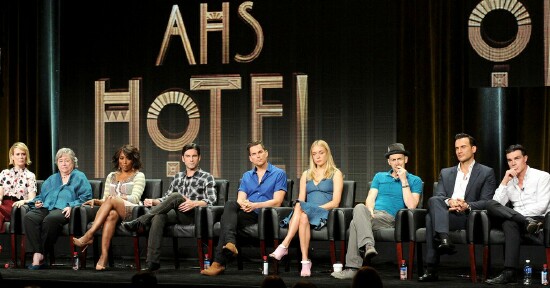 FX on its day featured panels for “American Horror Story: Hotel” (pictured above, and one of the most star-packed sessions of the entire tour even without its marquee name, Lady Gaga), the second season of “Fargo” (pictured below), Kurt Sutter’s ultra-violent and instantly controversial “The Bastard Executioner,” the sitcom “You’re the Worst” (which is moving from FX to FXX for its second season), the thriller “The Strain” and others. (“Worst” stars Chris Geere and Aya Cash are pictured at top.) 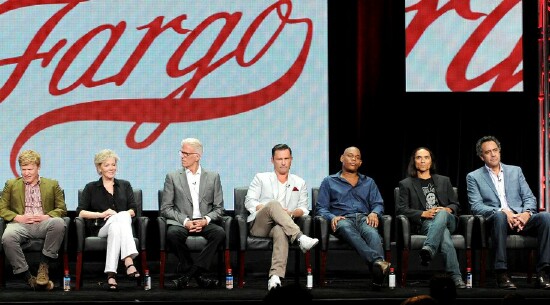 But the FX rollout at TCA didn’t end there. On Saturday, it stole the show at the annual Television Critics Awards when its ratings- and Emmy nomination-challenged drama “The Americans” was honored with the Outstanding Achievement in Drama award. TVLine.com editor Michael Ausiello and tvguide.com writer and editor Hanh Nguyen, who presented the award, came up with the idea to appear not as themselves but as two of the many personas of the main characters in the series played by Matthew Rhys and Keri Russell, who typically wear many different wigs and disguises. (Ausiello, right, and Nguyen, second from left, are pictured below with Russell and Rhys.) 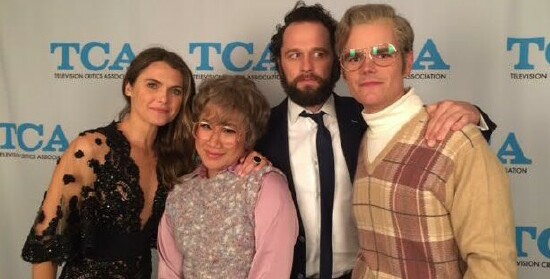 Ausiello and Nguyen approached FX with the idea: FX in turn provided full hair, makeup and wardrobe assistance before the ceremony. Even with exciting acceptance speeches from Lee Daniels (whose “Empire” was named Program of the Year) and the legendary James L. Brooks (who received the TCA’s Heritage Award) and a great opening monologue by CBS’ new late night star James Corden, the moment with “The Americans” was the highlight of the show. (Here's Ausiello's account of how it all came about.)

Finally, last night, when after a day of presentations by Reelz, DirecTV and Hulu there was no scheduled evening activity, FX threw yet another party, this one at a club on Sunset Blvd. with the cast of “You’re the Worst.” That was the fifth evening during the last two weeks that featured in whole or in part activity by FX Networks. It’s called maximizing the potential of the TCA tour, and no network does it better.