FX’s “Feud” is the Program of the Year 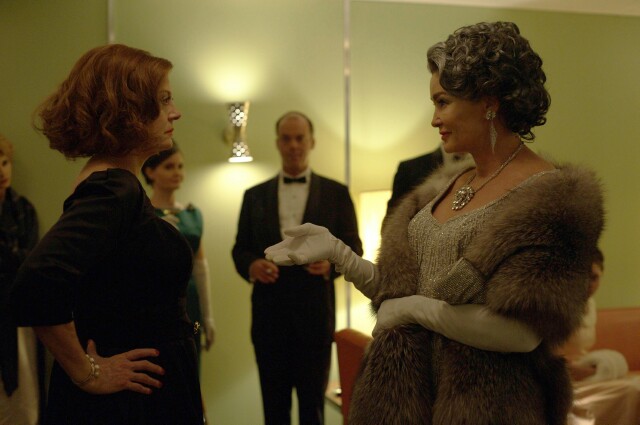 You’ve read the message in that headline before -- right here at MediaVillage.com in my very first report from the January 2017 Television Critics Association tour.  On the night of our first day at TCA – valuable real estate that no network had claimed – FX, which one week later presented a full day of panels, took dozens of displaced critics to a movie theater in Pasadena for a screening of the first episode of Feud: Bette and Joan. I was so impressed with it that, upon returning later that night to the hotel, I added a new intro to my report about day one declaring that Ryan Murphy’s limited series about Old Hollywood and the tumultuous relationship between screen legends Joan Crawford and Bette Davis would likely be the best thing we were going to see over the two weeks to follow at the tour. Publicity executives at other networks complained, suggesting that I was jumping the gun and shouldn’t make such a proclamation until I had seen what they had to offer. Two weeks and more than 125 programming presentations later I still thought Feud was the best in show.

And now, six weeks after that, I remain convinced that this grandly entertaining production will be the most talked about and most honored television program of 2017. How can it not?  The production values are first rate. The cast – including Jessica Lange, Susan Sarandon, Judy Davis, Catherine Zeta-Jones, Kathy Bates, Stanley Tucci, Alfred Molina, Jackie Hoffman, Kiernan Shipka and Sarah Paulson – is uniformly excellent.  (Collectively, just watching this particular group in action is an event in itself.) The script is at times very funny, at others very moving, and always powerful in its exposure of the way women in middle age were treated by the studio system regardless of their previous successes.  Above all, whether it is taking a deep dive into the prickly relationship between Crawford and Davis, or revealing the emotional toll their lives had taken on them, or exploring their dysfunctional relationships with their husbands and children, or shining a bright light into the dark corners of the movie business, Feud is never anything less than a first-class affair. If another program is going to eclipse it during the next nine months it will have to be pretty damn magnificent. That's why I'm comfortable making an early call on this one.

I have seen the first five episodes of Feud and have been enthralled by every moment of every one.  In fact, I have seen several of them two or three times and they feel remarkably fresh with every viewing. (They largely focus on the lives of Crawford and Davis immediately before and throughout the filming of the creepy classic Whatever Happened to Baby Jane?and the aftermath of its release.)  At a time when so many prestige dramas are so serious minded, and when plowing through them often feels more like homework than a way to relax and be entertained, Feud (like Murphy’s The People v. O.J. Simpson before it) breezes right along, inviting repeat viewing and, of most importance, never dragging or feeling narratively overconstructed with the goal of reaching 13 or 15 hour-long episodes. (Feud is an efficient eight; O.J. was a perfect ten.)

Feud has been very much in the media spotlight of late, and I believe it is going to remain there throughout 2017 and into the next awards season, when the production and actors will certainly receive multiple nominations from every relevant awards organization and likely more honors than any other production this year.  Most of the current attention has been focused on the lead performances by Jessica Lange as Joan Crawford – all rage and frustration and manipulative menace – and Susan Sarandon as Bette Davis – ferocious as a lion on the outside but vulnerable as a kitten within. Sarandon and Lange are pictured at top.) Both performances could have easily collapsed into camp – indeed, some of the situations these women place themselves in seem so much larger than life as to be positively unreal, though I’m assured they really happened. But Lange and Sarandon ground them so thoroughly that they never lose their humanity, even when Crawford and Davis are at their worst. (Watching the two of them backstage at the 1964 Academy Awards in episode five is a real eye-opener in every respect. That may be the most talked about episode of Feud by the time it ends.) 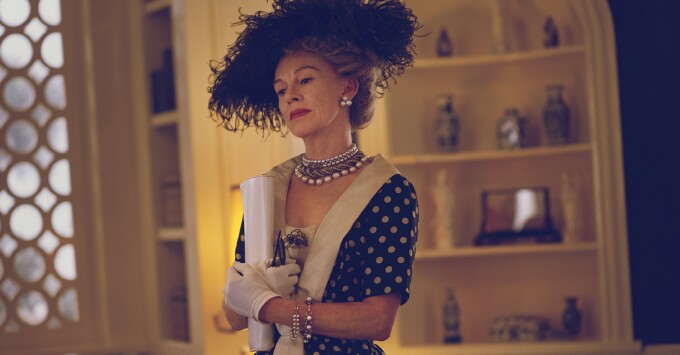 If there is a scene stealer in this extraordinary ensemble it is Judy Davis (pictured above) as legendary gossip queen Hedda Hopper, who knows how and when to play Crawford and Davis against each other, or to unite them against a common threat – always with her own selfish interests barely concealed below the surface.  (A future edition of the Feud franchise ought to focus on Hopper’s rivalry with Louella Parsons, with Davis reprising the role.)  Every time Davis as Hopper is on screen the viewer is reminded of the absolute power a handful of entertainment reporters once held over the careers of actors and the fortunes of the studios – this without the widespread and instantaneous influence of social media.

The publicity and marketing for Feud have been as lavish as the production itself. Collectively, the promotion has rivaled just about anything I have ever seen any network do to support a series of any kind. The highlights have included a luncheon high above New York City at The Rainbow Room; a series of influencer screenings and parties at bars, restaurants and drag clubs in Los Angeles and, just this week, a recreation of those historic Hollywood premieres at Grauman’s Chinese Theatre and the Hollywood Roosevelt Hotel (site of the very first Academy Awards ceremony in 1929).

A final note: Without going into specifics, it will be interesting to see if anything is said about the profanities that are heard throughout this production, particularly the F-bombs that Crawford and Davis fire off whenever agitated.  I have always maintained that a reliance on cursing makes for lazy television writing, but that simply isn’t the case here.  To not include those F-bombs and other vulgarities would have weakened the overall impact of the production and made it feel distractingly false, as both women were known to turn the air blue at the drop of a hat.

Will the certain outsize success of this series further loosen relevant standards in advertiser supported cable television?  Will it encourage the development of additional projects for women over the age of 40 or 50 (an issue that, while not as absolute as it was in the days of Crawford and Davis, still shamefully continues in Hollywood)?  Will it generate additional programs about the history of the movie and/or television business, where hundreds of fascinating behind-the-scenes stories remain untold? And will it further prove that FX is now the undisputed leader when it comes to compelling, uncompromising, diversified programming for adults of all ages?  Who else is bringing us as diverse a selection of original programming as Taboo, Baskets, Legion, Feud and The Americans during the first 2 ½ months of the year?