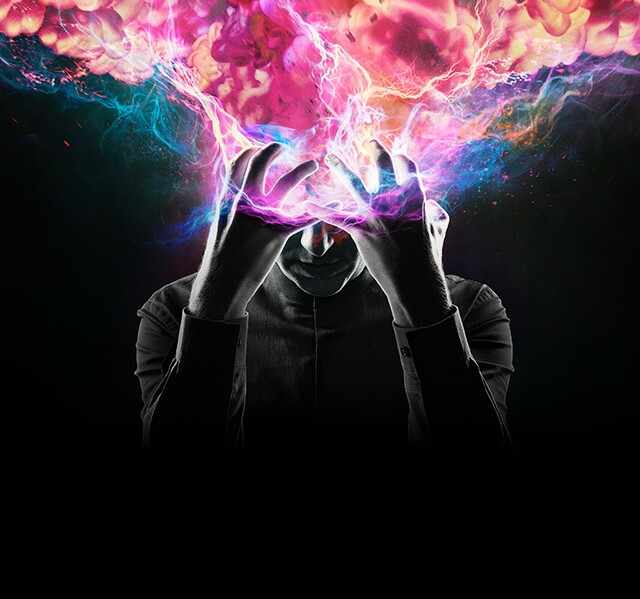 FX’sLegionis nothing short of amazing. Balls-to-the-wall bold and unapologetically artistic all at once, this isn’t the Marvel we’re used to. This is Inception meets X-men. Eternal Sunshine of the Spotless Mind with superpowers. This is visual slight-of-hand meets superior sound design -- and it also might be my new favorite show.

Marvel’s most recent addition to its ever-expanding TV universe is Legion -- real name David Hallers, played by Dan Stevens in an environment light years away from the post-Edwardian England of Downton Abbey. David is a powerful mutant with psychic abilities, but due to a childhood diagnosis of schizophrenia this is something he has yet to discover (though suspicions abound). While residing in Clockworks Psychiatric Hospital he meets Sydney Barret (Rachel Keller), a woman who doesn’t like to be touched, or think that being different means something is wrong with you, and he takes an immediately takes a liking to her. Early in the pilot, David’s sister Amy (Katie Asleton) visits him for his birthday, and when the visit comes to an end he says, “Something new needs to happen soon.” Syd’s arrival is that something new, and their “romance of the mind” is the catalyst that finally launches David towards the truth.

If one goes into this blind -- meaning they watch the show with no prior knowledge whatsoever (including what I’ve written above) – he or she may find it hard to understand what they’re looking at from time to time. Series creator/director Noah Hawley (taking a pause from Fargo) isn’t shy about attempting to put the viewer in as perplexed a mental state as the show’s title character. The narrative is being told from David’s perspective, and more often then not it’s unreliable at best. He hears people’s thoughts, relives memories (both correctly and incorrectly) andis processing what’s actually happening in front of him all at once. If it wasn’t for the spectacular presentation of it all this would seem like a lot for the casual viewer to digest. Thankfully, none of what’s being done is frivolous. Every question raised by an unexplained image or sound bite iseventually explained -- and if it hasn’t been, it will. 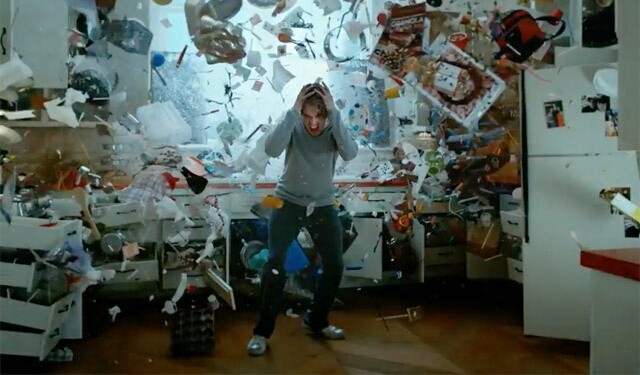 Another one of the show’s strengths is the fact that there are so many directions in which Hawley can take this series. At the time I’m writing this FX has already telecast four episodes, and yet no one has even alluded to the name “Legion” (which ishis eventual superhero moniker). Does Hawley plan to pace himself and spend this season (and perhaps more) solely on the development/discovery of David’s powers? Will David assume his mutant identity and dive headfirst into the fray against Division, an anti-mutant section of government, or will he end up being the “this isn’t my fight” kind of guy? This show isn’t shy about death either, so will one of his new allies/friends eat it before season’s end? And then there’s the million-dollar question: Powers or no powers, is David sane?

I could go full nerd right now and explain all the subtle ties this show shares with the surrounding X-men universe (convoluted as those timelines may be), or discuss how true the series is being to the comics of origin. I could speculate on what actual year show the takes place in, due to the fact that it seems to jump back and forth between the late Seventies and the present day. (My official guess is 1979, and I’m fairly sure I’m right.). I could talk about all these things, for hours if allowed, but the best part is I could be wrong about all of it. The idea that we can’t really trust anything we’re being shown is genius, to say the least, and that fact alone is a huge selling point to me. For all intents and purposes, Legionis a psychological thriller that actually visualizes the psychological, making it as trippy as it is grippy.

Small piece of advice: I could probably write a separate article about the soundtrack and sound design of this show (it’s just that good), so do yourself a favor. If you get the chance to watch this in surround sound, or wear over-the-ear headphones while viewing, do it. Trust me, it’s worth it.

The intense anticipation I get at the end of each episode reminds me of the feeling I get at the end of an episode of Westworld or Game of Thrones. The enthralling narratives, unique characters and overall intensity of the drama are the common threads each of one these unique shows share and, much like tasting a delicious dish that’s only available in a specific restaurant, I won’t find the same particular satisfaction elsewhere. There is nowhere else one can get their sentient robot-western fix, or their HBO-style Lord of the Ringsfix other than those two shows, respectively.

The same thing can be said for Legion.There is nothing else on TV right now that will give viewers the same feelings they feel while watching this program. They have to return to the source. In a landscape that’s currently riddled with cookie-cutter superhero shows, FX and Marvel have managed to punch a hole in that world and give it a much-needed blast of fresh air.

Legion is telecast Wednesdays at 10 p.m. on FX.