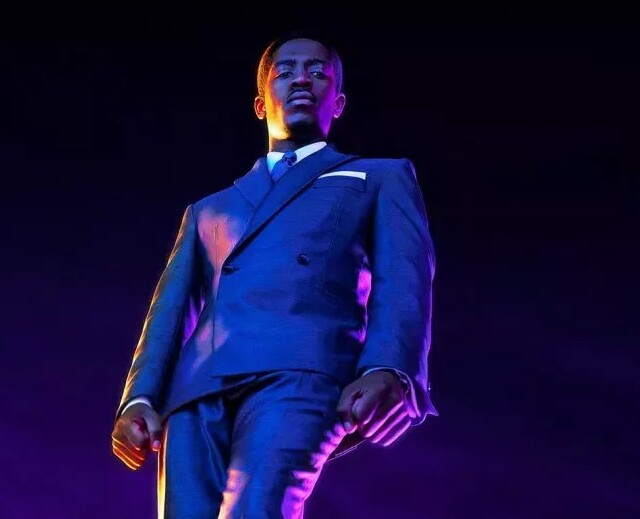 The long-running FX hit Snowfall never ceases to amaze me. Let's forget the fact that Damson Idris's Franklin Saint has reached Scarface levels of iconic, or that this show about the crack crisis in 1980s Los Angeles somehow found a way to be both entertaining as hell and still educate the world about what being Black at that time, in that place, really meant. Let's also put aside the fact that this series, in many ways, is far removed from what it once was in the beginning, but in a good way, because it only ever seems to improve -- like the aging of a fine wine. What are we left with, if we forget all those things? Well, we're still left with one of the dopest, most culturally authentic and gritty crime dramas to stream into our homes since Boyz n the Hood hit Hulu Plus. My only question now is, with the series still not having been picked up for a sixth season, could this be the end? I'm not going to lie; it kind of feels that way.

As you probably know, Snowfall follows Franklin Saint who, in 1983 (season one), started off as a small-time dealer, and by 1986 (season five) is pretty kicked up. According to an interview with Blacktree TV, Idris says, "[Franklin] has almost $100 million, which is crazy in 1986." So crazy, in fact, that a lot must have happened for him to get there in such a short time. Season four saw Franklin's love interest betray him, the deaths of both Manboy (a rival dealer) and Khadijah (another rival dealer's murderous girlfriend), the implied (now confirmed) assassination of Frank's dad Alton by Teddy (Franklin's CIA contact), the decimation of what little sanity Teddy had left when Alton got his CIA shit published in the paper, Franklin's Aunt Louie and Uncle Jerome splitting off to do their own thing after Louie got shot by his enemies, and crackhead Wanda finally getting clean. Like I said, a lot had to have happened.

This current season picks up 15 months after the season four finale, and it seems even more has gone down during Frank and the gang's time off screen. Louie and Jerome are still handling their own business, and they're doing it well. The CIA replaced Teddy as Franklin's handler with a much more fun guy named Grady, and Leon is still successfully running under Franklin. The most surprising development, however, has to be the fact that the first episode of season five dropped us right into the middle of what appears to be a completely healthy new relationship between Franklin and a woman we've never seen before named Veronique (Devyn Tyler). This story development in particular took me aback, because I expected the wound left by the betrayal of Franklin's previous girlfriend to have scarred him emotionally enough for him to be guarded, especially in a profession where trust is so important. But I guess time heals all wounds, because homeboy has obviously moved on. And the cherry on top? She's pregnant, y'all.

This brings me to why this feels like a final season. The same handful of things always go down during the final season of a series. In gangster-type stuff, the beginning of the end is usually marked by the boss wanting to go straight. Franklin and his new boo plan to do just that, via the legitimate real estate investments he's been making through shell companies and with his new partner, Grady (who Teddy killed to get his job back, by the way). Endings usually feature a time jump; in this case, the series jumped 15 months into the future right at the start of this season (as I mentioned above). Also, unlike in real life where they are symbolic of new beginnings, in crime-related shows babies are marks of impending doom, as their presence either makes the new parent (who's usually the boss) either too soft or too crazy. This season, Veronique straight up tells Franklin to protect her and their child at any costs as they make their collective way out of the game, and Franklin shows he's willing to oblige -- first by killing White Boy Rob, a long-time friend, then by strongly implying that he'd do as much to literally anyone else in an argument with Louie.

The big tell, however, is the conclusive convergence of major characters. Until now, most of those who shared the spotlight only to die didn't really make it more than a season. Khadijah and Manboy are examples of that. Our major players tend to return, the way Cissy (Franklin's mom) came back from Cuba (sans Alton, obviously) in the most recent episode. Now, she's on a mission to have Teddy killed, and he's been around since episode one, like she has. If either one of them eats it, it'd be major enough to change, well, everything.

Given the history of how stories like these usually play out, it would be crazy to think that there's gonna be a happy ending for pretty much anyone involved. Fact is, when this little CIA operation ends, these people will no longer be assets, but liabilities, and I imagine there'll be a cleaning of the proverbial house. Besides that, what about Franklin's overall narrative? His hands are too dirty for him to live a clean life now, and I think the show is gonna show us just that.

I could be wrong, but if you google "80s crack epidemic" you'll see that 1986 was the absolute height of its success. After that there's nothing but politically fueled anti-drug campaigns and mass incarcerations. So, with Franklin being the face of this drug, I don't know how all that's going to work out for him.

What I do know, is Snowfall is just as riveting now as it was when it first came out, even though the makeup of the cast and the lives of the characters have changed so much. So much swag drips off that screen every time I see this show, I can't help but be glued to my seat every time I put it on. Even though all the signs are there, I hope we get another couple of seasons from the people who continue to bring us such a dope experience, but if this is the end, I'm glad that the ride has been better than we ever expected.

You can read my previous reviews of Snowfall below:

"Snowfall": The Darkness Before the Dawn of the Crack Crisis

"Snowfall" Has Snowballed Into a Blinding Blizzard of Blow

"Snowfall" Is Stunning and Sobering. So Where Is the Love for This Award-Worthy Show?

New episodes of Snowfall premiere Wednesdays at 10 p.m. on FX. They begin streaming the following day on Hulu.