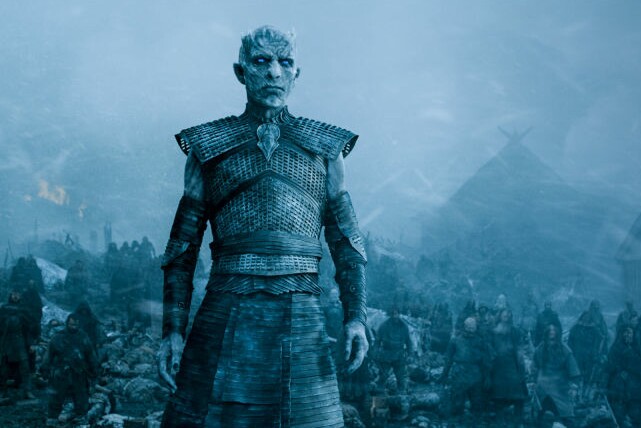 I should caution everyone who is about to read this that it contains spoilers about last Sunday’s season finale of HBO’s Game of Thrones.  But why bother?  Anyone who cares has already seen it.  That’s the point of this column.

For quite some time now we have been told over and over again that technology has forever transformed us from a society that embraces shared experiences – something at which broadcast television and, before it, terrestrial radio excelled – into one whose citizens prefer to ingest (or digest) entertainment and informational content in ways that lead to ever-increasing social isolation.  The days of television bringing us together with anything other than breaking news coverage, major sports events and certain awards shows are in our collective rear-view mirror, or so we have been led to believe.

Game of Thrones this season certainly let some of the hot air out of that balloon.  The ferocious swell of excitement each week that accompanied every new episode and continuously expanded the show’s audience was unlike anything I have seen since the early seasons of AMC’s The Walking Deadand, before that, HBO’s The Sopranos.  This wasn’t even the final season of Thrones.  We have one more to go – at a date to be determined, likely in 2019, a punishingly long time to wait now that the wall has a giant hole in it and the army of white walkers is marching through it, ready to wipe out civilization as we have come to know it.

I strongly suggest that programmers at every network study this most recent season of HBO’s most successful series ever (including but not in any way marginalizing The Sopranos).  While they’re at it, they should ignore the growing chorus of “scholarly” critics who have been busily complaining about it, especially the season finale, because it all moved too fast and didn’t dwell on draggy character development and grisly torture and bla, bla, bla.  As an old friend used to say if she was driving too slowly in parking lots and other drivers were angrily blowing their horns, “Let ‘em toot!” 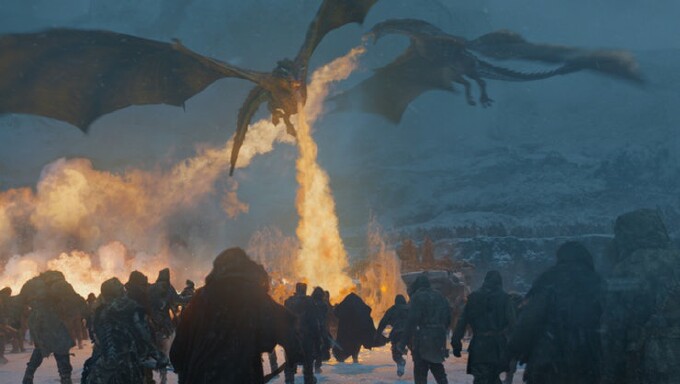 I'll admit I have my own questions.  For example, the fearsome Night King (pictured at top) did not know that Viserion would end up destroying much of the great wall when he began leading his minions toward it, so what was his original plan of attack?  If the walkers can't swim, how did they get to the bottom of the lake and wrap Viserion's dead body in chains so that it could be pulled to the surface and reborn?  But really, who cares?  (For that matter, how do we know that we won't get answers to such questions when the series returns?)  Thrones this season was nothing less than a magnificent thrill ride -- with state-of-the-art visual effects that were matched only by first-class acting -- and viewers loved every minute of it.

Indeed, it was impossible to go anywhere during July and August and not meet someone who was watching.  Veteran viewers (including yours truly) were re-energized by it all over again.  New viewers, fresh off binges, couldn’t get enough.  It has been reported that the season finale delivered 12.1 million viewers (a record for the series).  When the audience for other methods of viewing on Sunday (HBO Go, replays, HBO Now, etc.) was factored in the total number of viewers lurched to a reported 16.5 million that night.

Included in those numbers are dozens of members of the Television Critics Association who made a point of stopping whatever they were doing on Sunday nights at 9 p.m. during their recent summer tour to dash to their rooms at the Beverly Hilton Hotel and watch this sprawling saga continue to play out in grand cinematic style.

The buzz for this show has been more deafening than anything since the early season finales of Fox’ American Idol.  That’s why the total audience for Thrones’ season finale was a reported 36% higher than last year’s season ending episode, and why episodes throughout season seven have, according to HBO, been delivering approximately 31 million viewers.  That’s roughly eight million more per episode than last season.

But of even more importance, Thrones this season was a show – the only scripted show, as far as I know – that had to be watched week by week as each new episode was telecast.  In other words, it had to be watched when it was first on, or at some point that evening, or something huge was lost for the viewer.  A palpable anticipation built from one Sunday to the next.  The Thrones experience this year was a lot like the broadcast experience of old, when one could detect a shift in the force whenever certain shows came on, as millions of souls stopped what they were doing to watch a program when it was on, largely because in the pre-VCR era they had no choice.

Thrones viewers had a choice – and the choice of millions was to watch it together (in the general sense).  Now we know that TV can still do this!  HBO's masterpiece of conematic storytelling effectively transcended current technology, establishing an urgent emotional connection in its viewers that could not be ignored.

In that regard Thrones is in increasingly rare company – only The Walking Dead comes close, though with the unfortunate arrival of the heinous Negan character TWD is no longer the fireball that it had been for many years.

How interesting that both of these shows have hordes of murderous zombies on their canvases.  Thrones, though, now has a zombie dragon.  TWD has a lunatic with a baseball bat.