Gen Z, the 2020 Election and the Fourth Estate:  An Interview with Former CIA Analyst Kent Harrington 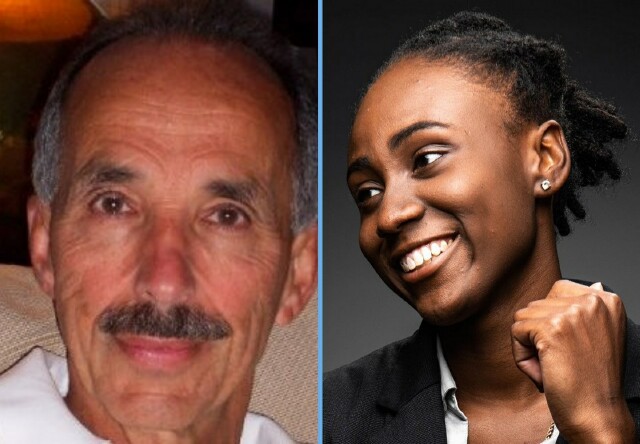 How do we ensure that we are all informed so that history does not repeat itself in the 2020 election?  We can start by having cross-generational discussions about the future of media and politics.  I decided to explore this question through a cross-generational lens with former Senior CIA Analyst and fellow MediaVillage columnist Kent Harrington.  Unlike previous generations, Gen Z was raised on the internet and is responsible for the majority of internet traffic, social media content and culture trends in America.  Yet politicians and news outlets have not made a substantial effort to speak directly to us.  “People are talking to each other, but not across generational lines,” Harrington says.

In 2016, in the first national election Generation Z could vote in, we were exposed to how large of a role the fourth estate plays in the outcome.  Prior to the 2016 election, Gen Z saw America only through the lens of one presidency.  Whatever we thought of President Obama’s policies, he influenced our belief that we have a chance to make it in this country regardless of our individual identities.  We experienced a dramatic leap forward in available information, not all of it valid or true, due to the digital and technological advances that took place from 2008-2016.

President Trump's campaign to “Make America Great Again” invited higher levels of isolation, division and confusion.  He has incited a lack of trust in the Fourth Estate, making it almost impossible to feel well informed on political issues and causing even greater division and overall disengagement between both Democrats and Republicans.  Americans now seem more ready to speak than listen, creating a screaming competition judged on volume rather than the quality of their ideas.

Harrington’s message to Gen Z voters who are entering the political sphere is to ignore the clutter and seek the facts.  “Take your own perspective on where you want to go and where you want your country to go, and then start looking for the information you need,” he advises.  He also notes how, decades ago, broadcasters were required to educate viewers about public policies and issues and to act in the public interest.  “There was legislation that happened during the early 20th century that literally required radio stations and broadcast television stations to devote time every day to public service,” he explains.  “[While broadcasters are still] renting the airways and the airways are still a public property, those regulations no longer exist.”

It’s apparent that Gen Z values authenticity and has no problem identifying the policies we believe in, but we need to channel that same value into a proactive quest to seek out information from a variety of sources that validate our policy interests.  Historically, young people are the strongest at communicating opinions, yet we are the weakest demographic when it comes to voting in the polls.  Generation Z can change this narrative, Harrington believes.

We may not study history or understand civics the way our parents did.  In elementary school we learned about the 9/11 attacks and the Columbine shooting as history lessons, not as a real-time horrific reality like many of my Millennial peers.  Our experiences of war are slim except when we were live-tweeting during the capture of Osama Bin Laden.  By high school, we had seen same-sex marriage rise from a state level issue to a national victory, yet the majority of Gen Zers cannot tell you the name of their local Congressional representative or the location of their nearest voting station.

Harrington shares that the Fourth Estate is especially imperative when information is civically important, so they need to rethink how they engage with diverse market groups. “The big media outlets, whether it’s the traditional broadcast networks or the new web-based incarnations of mass media, have to be thinking about the same things they’re considering when advertisers come in,” he says.  “They need to think to themselves, ‘How do I reach this specific target group?’”

Although we spend most of our time online, it seems like we still are not being informed about the civic positions and political issues that impact America.  In looking ahead to the 2020 election, we must understand that everyone will be playing a large role prior to any votes being cast.  Media companies need to make sure they are offering a diverse program mix and using platform-agnostic communication channels.

Simultaneously, we need to make sure we are actively listening to a diverse range of policies and positions while individually seeking multiple sources of information from various media outlets.  Harrington says that media companies’ failure to do their job in the 2016 election dramatically shifted our nation backwards.  “This is a problem for every generation, but in particular generations that are getting most of their media and political information from the web, through the tech companies and via social media,” he asserts.  “These companies own the flow of information.

“Media companies need to stop propagating hate speech by saying ‘Oh, we’re trying our best and we’re going to do better’ and commit to avoiding the serious consequences if they do not do better,” he concludes.