"General Hospital" Alzheimer's Story Was Daytime Drama at Its Best 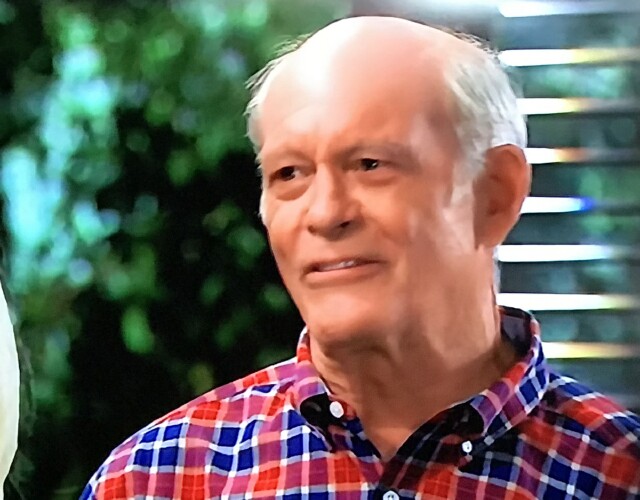 Recently on ABC's General Hospital the extended Corinthos family bid an emotional farewell to patriarch Mike Corbin after his three-year battle with Alzheimer's Disease. The final episodes of this storyline were beautifully written, flawlessly acted and directed with great sensitivity. The fact that the show was able to maintain such a high degree of quality when filming such emotional content during the pandemic only heightens my appreciation for what I watched.

Turning out approximately 250 hours of dramatic television every year, the production of daytime dramas remains a formidable task, even during the healthiest of times. But it has been even more impressive in 2020, because all four daytime dramas -- including NBC's Days of Our Livesand CBS' The Young and the Restless and The Bold and the Beautiful -- were somehow able to safely get back to the business of daily production long before the rest of the television industry. There was a recent noticeable interruption when Days of Our Lives shut down for two weeks after a crewmember tested positive for coronavirus, but from what I have heard that is happening in various primetime productions, as well. I'm sure Days will be up and running before those sands finish shifting through the hourglass.

Once again, the people who produce daytime drama have proven that there is nothing they can't do in the interest of creating compelling television entertainment, even against the obstacles of shrinking budgets, growing competition and, now, a public health crisis that is proving to be deadlier than any other since before television began. 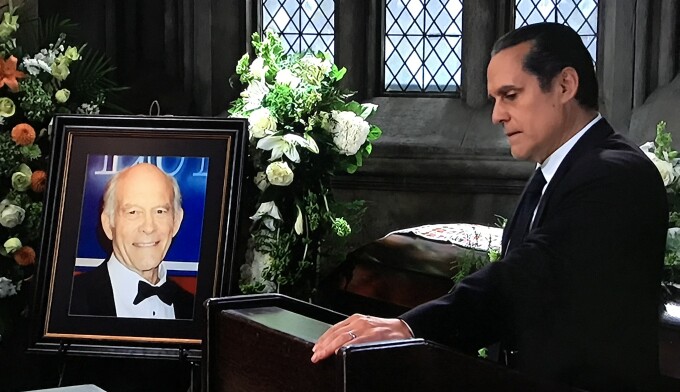 Which brings me back to GH. The Alzheimer's story, which is continuing even after Mike's death with his son, Sonny Corinthos (Maurice Benard, pictured above), growing increasingly concerned that one day he, too, may suffer the same fate as his father, has been another shining example of the power of daytime drama. GH and the others can tell stories like this one in real time, for as long as it takes, on a day-by-day basis. Peak TV has brought with it a dizzying number of scripted television series, but not one of them can do what the four broadcast serials can – create ongoing daily relationships with millions of viewers. What a shame that so many short- sighted broadcast executives treated the genre with such reckless disregard during the previous two decades. Most of them have moved on to other pastures, but the damage they left behind likely will never be undone.

Mike was played by veteran actor Max Gail (pictured at top), whom many of us recall from his time on the fondly remembered Seventies sitcom Barney Miller, which aired originally on ABC. It was clear from the time he took over the role, back in 2018, that his portrayal of a man attempting to mend fences with the family from which he had long distanced himself while facing the terrors that Alzheimer's can bring would be the role of his career. In fact, in a column I wrote at the time I suggested that he was giving the television performance of that year. I know that Mike's story generated great interest and awareness, because my column about it has continued to enjoy appreciable traffic ever since it was first published.

This ability to tell stories of varying lengths, tailored to fit whatever the subject matter may be, is the singular strength of daytime drama, whether entertainment-driven, educational or both. I still recall following Monica Quartermaine's ordeal with breast cancer and her long recovery on GH back in the Nineties, and the slow, sad passing of young Stone Cates from AIDS. Monica is still on the show. Stone is mentioned from time to time and spoken of with great fondness. His girlfriend Robin Scorpio, who was infected with HIV during their relationship, remained with the show for over two decades, and still appears from time to time. Robin has become a doctor, had boyfriends, is now married and is the mother of two children. Her story has over time been an incredible one-of-a-kind public service and a source of great inspiration for anyone whose life has been touched by that virus. 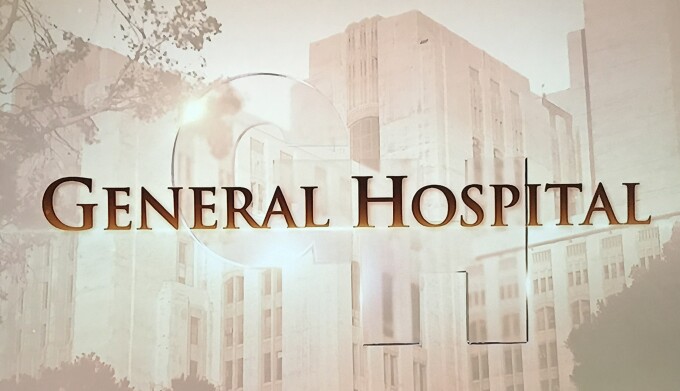 The opportunity to embrace real-time storytelling on these shows goes beyond the exploration of social issues, which they all do so well. Even as the Mike Corbin story came to an end, GH worked the time factor in another way, bringing back to its canvas abrasive journalist Jackie Templeton, who left the show almost 40 years ago. (Back in 1982-84 she was played by Demi Moore in her first acting role of note.) Jackie is already mixing it up with characters from the Eighties who knew her when, and it has been revealed that she has family connections to at least two of the younger characters who have appeared on the canvas during the last few years.

Jackie is now played by Kim Delaney, who is remembered by anyone who watched ABC's late, lamented All My Children in the Eighties, when she portrayed young Jenny Gardner, a working-class girl who fell in love with a boy from one of the town's most affluent families. (Millions of young women "shipped" Greg and Jenny, to put the level of fan adoration in contemporary terms.) Tragically, Jenny was killed via an exploding jet-ski.

And so it is that Mike is gone, Jackie is back, and life continues on in Port Charles, New York, the setting for this enduring show. I'm glad I found General Hospital when I did, way back in 1978 (even before the legendary story of Luke and Laura began). I couldn't have known then that I would still be with it over 40 years later. In a world of viewing options that continue to expand in every conceivable way at an ever-accelerating pace across multiple platforms, sticking with a daily serial (now by way of Hulu and Instagram along with ABC) remains a singularly unique television experience, one that continues to engage me (now across multiple platforms) in different ways. Sadly, I don't believe that future generations will have that entertainment option. They'll never know what they missed.