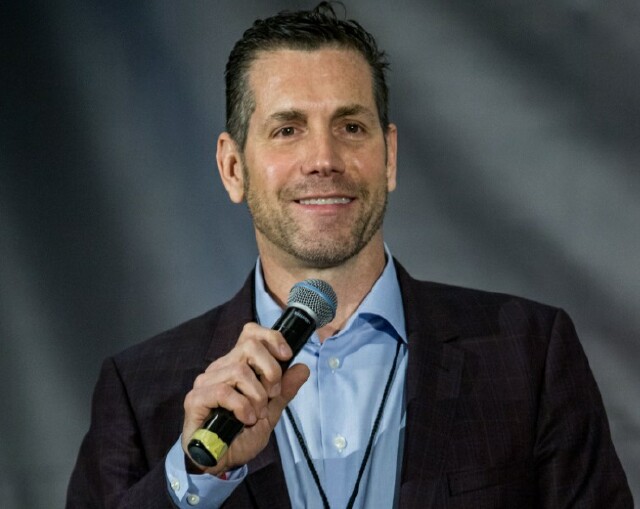 During a break while taping my appearance today on ABC’s General Hospital I interviewed executive producer Frank Valentini about the challenges of producing daytime drama, the future of the genre and the influence of social media on soap operas. Valentini began working as a producer on the ABC soap One Life to Live around the time that I made my first appearance on GH back in 1992. He moved over to GH in 2010.

“The challenges that we face in 2017 in daytime are very similar to the challenges that everyone else faces – there are many more choices and viewing options, more competition as we all know,” Valentini (pictured at top) said. “For the audience that we’ve had, which back in the Eighties was huge and has dwindled significantly over the years, we still want to hold on to them. Our audience ebbs and flows. Sometimes people will come back, something draws them back in.  Sometimes they stay, or they just sort of stay with us to some degree, whether they watch one day or four days or five days. The challenge is to make the show as exciting as possible every day, so that there’s something in it every day for the audience, either something that has a nostalgic flavor to it or is thrilling in terms of the storyline.

“To sustain that for 12 months out of the year is really, really challenging,” he continued. “So we always try to look for something that appeals to the audience in terms of story, nostaligia, character … doing what we do best in daytime, which is telling full-bodied, three-dimensional stories with a large canvas of characters. That’s what we should always be doing, because that’s what sets us apart from everyone else and makes us unique and authentic. That’s how we solidify this brand and its value.”

Valentini agreed with my observation that one giant change during the last 25 years has been the rise of other media, in particular cable television and the Internet, both of which have successfully adapted every form of entertainment that was once specific to broadcast television – with the exception of daily daytime drama.  In other words, it is the only form of programming that remains unique to broadcast TV.

“The daily soap or daytime drama is an original American art form,” he said. “It perseveres because it is unique in that regard. I don’t know that the other media would be able to do it, be able to handle all the challenges of doing 240-plus episodes every year and keeping them all interesting and fresh. Primetime writers sometimes complain about writing 22 episodes with a team that’s probably twice the size of what we have.

“I think we’re just more adept at being fast and making it good at the same time,” he continued. “Our team has a short-hand, with the crew and with the actors, in terms of getting the job done in a very efficient and hopefully artistic enough environment.”

The uniqueness of the medium would also seem to offer certain opportunities for advertisers, a reality that has not gone unnoticed at GH.

Among the many changes in the genre has been an acceleration in the pace of production, which was already considerably faster than that of any other form of scripted television.  “Years ago they did one episode per day,” Valentini noted. “The production cycle ran 50 weeks a year. Now we work about 37, 38 weeks a year and we’re able to do six, sometimes seven shows a week. We do them in a very efficient and timely manner. That’s just the reality of our financial situation right now, to keep the show profitable enough for the network to keep it on the air, but also for us to have enough money to do what we need to do artistically and keep the volume of cast members that we have.  It’s a lot.  Most primetime shows 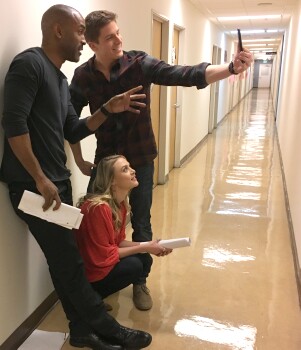 And then there is social media, which has been both a competitor for viewers’ time and attention but also a tool with which soap operas can broaden awareness and solidify an audience base.  “We just started a new initiative in February and the fans really responded,” Valentini explained. “We’re three-dimensionalizing the experience of watching the show.  There’s a lot of original content online that’s attached and adjacent to GH, and there’s a lot more information being shared and a lot more discussion about the show. When you’re on and someone likes or doesn’t like your performance they can tweet and text me about it. It’s an interesting direction to go in.”

(Interestingly, after this interview I came upon three members of the GH cast – Robert Palmer Watkins (Dillon Quartermaine), Donnell Turner (Curtis Ashford) and Hayley Erin (Kiki Jerome) in a hallway recording a video that was intended to promote on social media upcoming appearances they were going to make in Philadelphia and Detroit. I ended up serving as their cameraman. Turner, at left, Watkins and Erin are pictured above.)

Asked about the future of daytime drama, Valentini’s answer made clear that he believes a rising tide lifts all boats.  “It’s very encouraging that Days of Our Lives just got picked up for its 52nd season,” he said. “That’s really cool.  We’re approaching our 54th anniversary.  I feel like we are very strong and robust. We’re holding our own in a good way, and everybody is very happy with the creative direction of the show.”