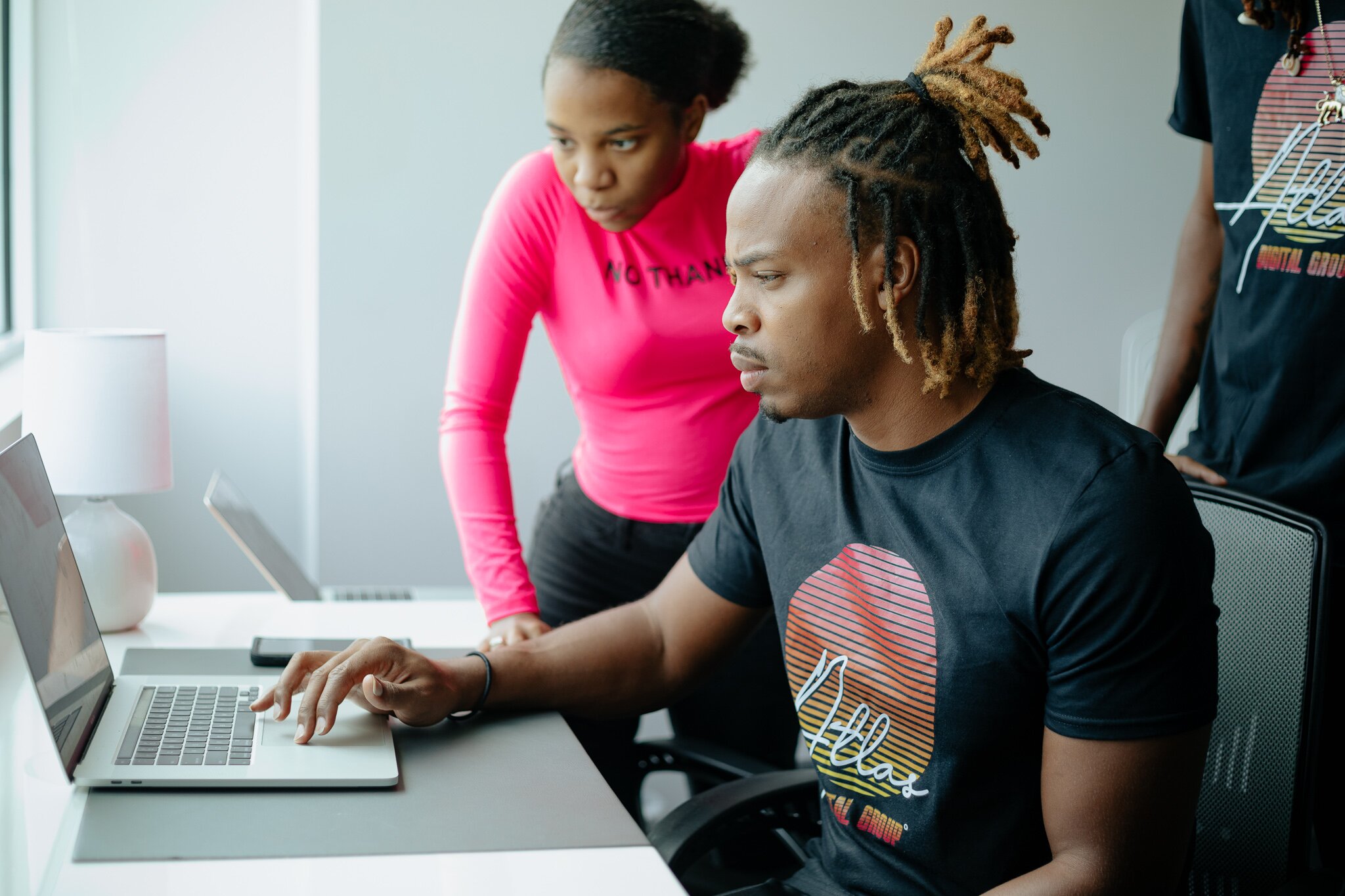 How can we inspire and encourage the next generation of women to pursue careers in STEM? It starts with creating job opportunities and educational paths in these industries. Last week at the Virtual Equality Lounge at Cannes, The Female Quotient discussed the impetus behind the first film in a new documentary series, Generation Impact. Presented by the Garage at HP, "The Coder" shares the story of one remarkable teen who is changing the world and inspiring innovators of all ages. 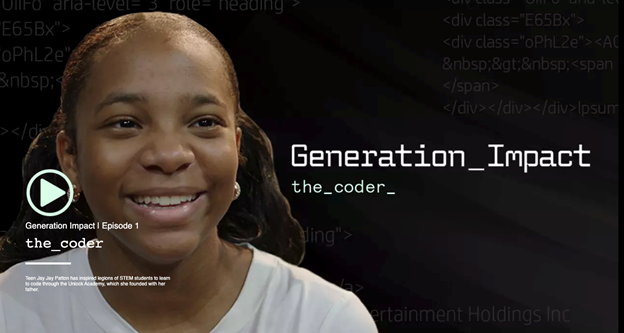 Jay Jay Patton is a wunderkind. At the age of 10, she learned to code; at 13, she became the junior director of Photo Patch, an app she created in collaboration with Antoine, her father, who taught himself how to code while in prison. (Jay Jay and Antoine are pictured at top and below.) "We were apart for many years. He wanted me to become a better person … He built the first prototype, which allows children to send letters to their incarcerated parents. He drew from his own experience, his separation, his hurt and turned it into something positive," Jay Jay said. 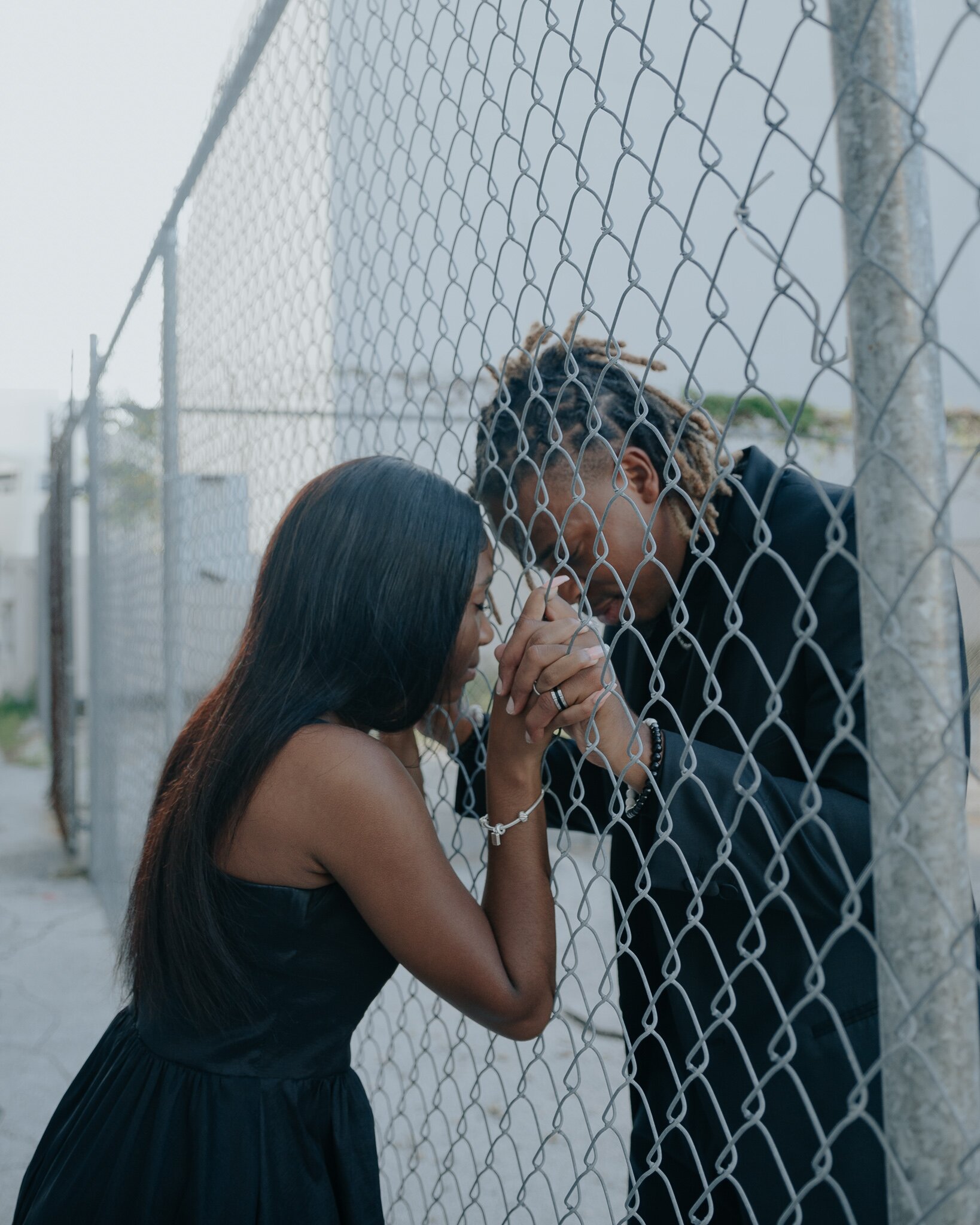 Antoine surprised Jay Jay and joined the virtual panel. With teary eyes and evident pride, he told her, "Thank you for representing our family and our business. You make us want to do more and be better." His guidance has been an incredible light, propelling his daughter down a purposeful path -- and her momentum hasn't slowed since those first lines of code were written.

In a clip from the film, Jay Jay appears on a daytime talk show where host Steve Harvey inquires about the coding class she's "taking." She quickly corrects Harvey: "I'm actually giving a coding class, so I'm teaching kids online how to do coding." Since Jay Jay and her dad launched Unlock Academy in 2018, 15,000 students have signed up. That's real impact.

What was the impetus for HP to create the Generation Impact documentary series, shining a light on inspiring people like this father-daughter duo?

"HP's commitment isn't just to storytelling," said Lesley Slaton Brown, Chief Diversity Officer at HP, referring to Sam Knowles, the Director of The Coder. "It extends to the people behind the camera -- the filmmakers, the directors, the producers. It's as important for us to tell Jay Jay and Antoine's story as it is for us to create jobs for the Samanthas of the world.

"Samantha is our voice to our customer. She is our brand. She sets the tone. Where we are as a company, with an 80-year history of investing ... we wanted to amplify and give greater visibility to those artists." 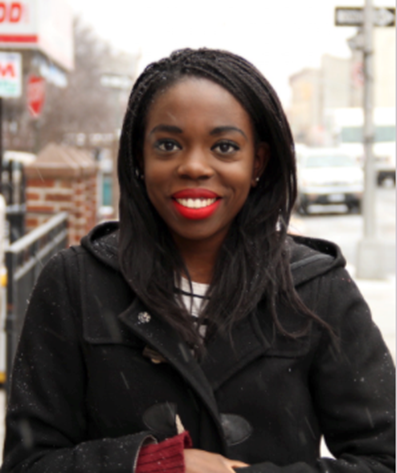 For Knowles (pictured left), a Brooklyn-based filmmaker, the authenticity of the subjects attracted her from the start. "It was a Black family paying it forward by bringing others into the fold. It's an inspiring, positive story. All the things that excited me aligned with my work, people of color ... Black people in industries where they've been marginalized. It makes the mission even stronger."

Directing a film remotely during the pandemic wasn't without its challenges. "Innovation has been key," said Knowles, who used Facetime and multiple laptops to see what the shots looked like. "Safety was our priority, and I'm so grateful to Jay Jay for being so open and vulnerable, even though we were talking through screens."

The pandemic proved how reliant we are on technology. Jay Jay pointed out how important it is "to teach the marginalized and bring them into the tech world. If people are not being taught about these things, it's putting them at a disadvantage. We need to make everyone feel comfortable to be in this space."

Today, less than 1% of computing jobs in the U.S. are held by Black women. How can companies find out more about supporting programs like this?

"For HP, it's about the hardware, the connectivity, the quality, encapsulating all those things together," Slaton Brown said. "Partnership matters. No single company can solve this alone. It takes partnerships to achieve great things.

"We want to be the most authentic company and brand we can be," she continued. "We're very intentional about the work we're doing because we've communicated some ambitious goals. These include HP's pledge to accelerate digital equity for 150 million people by 2030. Although the COVID-19 pandemic didn't create the digital divide, it certainly exacerbated it. During COVID-19, one-third of the world's school-age children, or 463 million students, could not access remote learning.

HP believes digital equity is a human right. It has invested in HP LIFE, a free IT and business skills training program offered by the HP Foundation, and supports and partners with organizations including Girl Rising, MIT Solve and NABU to tackle this challenge. Find out more here.

What does the future look like to Jay Jay? "I'd like to see more diversity, more people getting chances and not being judged by what they look like," she said. "I'm trying to make an impact myself and inspire other people." That she has certainly done.

She added, with wisdom beyond her years, "Time can change in a matter of seconds, in a matter of minutes. Treat everyone with respect, come together and see everyone as the same."

Rainbow's experience spans brand building, business development, content marketing, digital media, and campaign creation and activation. As senior writer for The Female Quotient, she applies this knowledge with a strong focus on thought leadership and me…