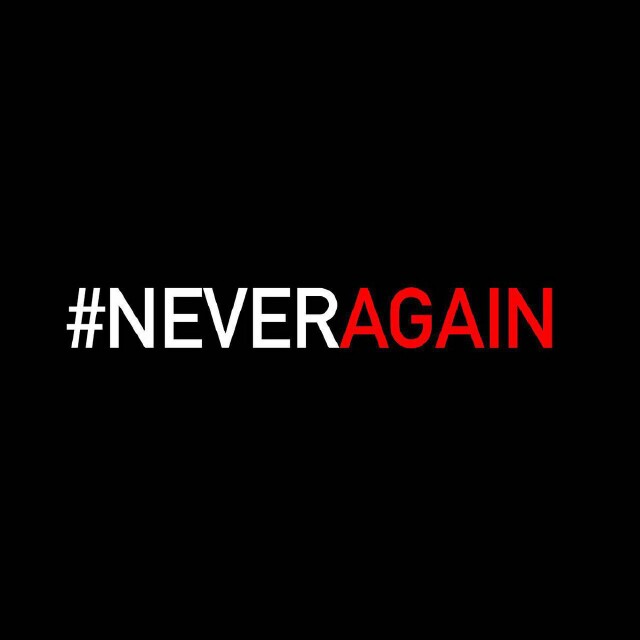 (Editor's Note: MediaVillage this weekend is showcasing the following column from last month in support of the nationwide #MarchforOurLives protest.)  I’m no different than anyone else; after watching so much coverage last week of the mass murder at Marjory Stoneman Douglas High School I felt that same crushing despair that came after Sandy Hook, Aurora, Orlando, Las Vegas, and many others.  (Isn’t it terrible that we now speak of the murders of hundreds of children and adults in such geographical shorthand?)  But a light suddenly shone on the morning of Sunday, February 18 as I was sampling the many news telecasts that start each new week by looking back at the week just past.  I suddenly felt something that rarely comes in the wake of such real-life horror stories: Hope.  And it was coming from young survivors of the Parkland attack taking charge where adults have repeatedly failed to do so.

Armed with the power of digital media, these kids, who very understandably no longer feel safe, are determined to organize school walkouts and protest marches in Washington, D.C., and other cities, as well as meetings with politicians from both sides of the aisle who simply cannot seem to deal with the grave danger people find themselves in – particularly children and teenagers.  Fearing for their lives, they are taking matters into their own hands in every way they know how.  Be sure to follow Cameron Kasky, Emma Gonzalez and A March 4 Our Lives among many others on Twitter for updates -- and to see what they are up against. 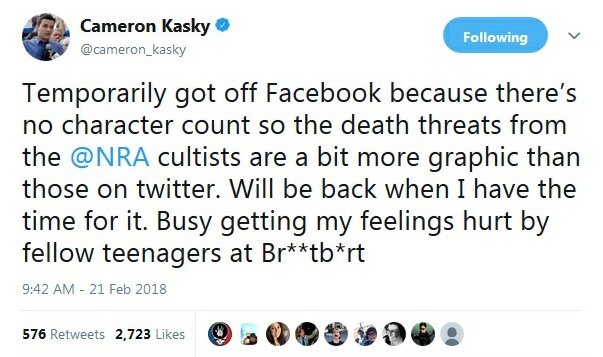 Let this sink in:  There is every reason to believe that Generation Z will finally bring about the changes needed to make America safe again.  Armed with social media, they are capable of instantly amassing millions of people to their cause and targeting those who egregiously compromise their right to exist without living in fear.  They aren’t going to stop -- because they are angry, they are scared, and they are very, very powerful.

Admittedly, their actions stir a bit of thoughtful nostalgia.  Decades ago, teenagers and college students marching and protesting went a long way toward bringing about the end of the draft and the Vietnam War and convincing people that, in general, war is hell.  They were trying to save their own lives and the lives of others – without benefit of the internet or digital technology.  It was a deeply personal revolution.  Their lives were at stake.  Adults couldn’t help but get swept up by their energy.  (See “Hey! Hey! LBJ! How many kids did you kill today?” for more.)  Meanwhile, print, radio and broadcast media couldn’t get enough of all the protests.  Politicians from the President on down were shaken by their power and sustained messaging.

The end result was this: Back in the late '60s and early '70s young people changed the world -- without many communication advantages.

Imagine what Generation Z will do in the months and years to come.

It is important to remember that mass murders are nothing new.  (What is new is the frequency with which they are occuring.)  One of the most notorious occured in 1966, when a young man with a gun took aim at students and others on the University of Texas campus in Austin from high atop a clock tower.  Back in the ‘80s crowded restaurants like Luby’s Cafeteria in Killeen, Texas, and a McDonald’s in Ysidro, California (near San Diego), were high-profile targets.  The sickening subset of school shootings began (and immediately escalated) in the ‘90s, even before Columbine.  Google the killings at Westside Middle School in Craighead County, Arkansas, and Thurston High School in Springfield, Oregon, for context.

There is much more to all of this, but I’m going to stop now.  I’m not an expert on any of these matters; I’m just another American with an opinion and much anecdotal evidence to fortify my beliefs.  But I am going to continue to follow the actions of outraged kids in Parkland and elsewhere and hope that they stay the course until they get the results they are after – for all our sakes.