Get Out The Vote and Persuading a Stay-At-Home Electorate

The 2020 elections are likely to go down as among the most divisive cycles in history. As if that wasn't enough, the current COVID-19 pandemic is likely to continue to have repercussions on our social practices through November. Developing new social distancing practices and procedures to vote safely and ensure the sanctity of the ballot box will be paramount. Against this backdrop, digital outreach will become even more critical as every vote will become crucial. The digital outreach ability to drive GOTV (Get Out the Vote) is the name of the game for an electorate that is increasingly anchored to their homes.

It is estimated that as much as $1.6B will be spent on digital political advertising in 2020. As we head into the summer months and the respective political conventions draw closer, you can expect to see an increase in personal digital ads as well. Joel Sawyer (pictured below), Account Executive Manager, a4 Advertising, a division of New York City based Altice, has been researching these trends and believes understanding digital advertising begins with the implied political goals. Sawyer says, "Digital advertising is one of the primary ways a campaign can establish familiarity with the candidate and potential voters. Once you have a baseline established, you could now begin to use persuasion, so voters are thinking toward action. That action can include volunteering, donating, and of course, finally voting on Election Day." As our news consumption occurs primarily through online channels, it is evident that a political call to action is best suited for that medium.

a4's GOTV efforts are focused on persuading as many eligible voters as possible toward a specific action, as Sawyer highlights. Digital advertising, regardless of the medium, has proven to be highly efficient in reaching prospective targets. The ubiquitous nature of the internet guarantees, while there is a low barrier, a highly fragmented market, makes attention harder to garner. Digital advertising, combined with a highly knowledgeable and well researched political operation, can use the ubiquity to their advantage. "The beauty of digital is that it is capable of generating very granular messages that make it more likely for you to link the right message to the right audience."

He states, "Polling is a valuable asset when used in conjunction with digital outreach because the intelligence gathered during that process gives you the insight necessary to craft persuasive messaging and ensure it reaches those who care about a particular issue." Even as digital spending increases, this type of advertising ends up being more cost-effective despite not having the broad visibility of more traditional advertising channels like TV, radio, and billboards. 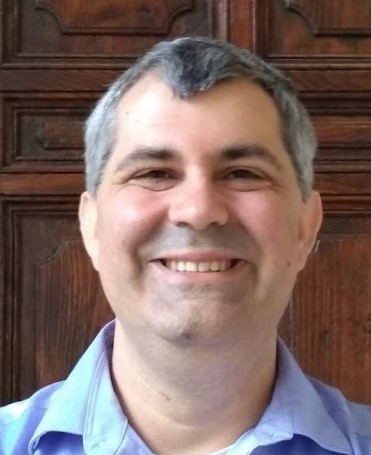 The efficiency of digital advertising becomes even more critical when comparing local and national political contests. High profile national races have access to more money and attention than local races, so digital advertising levels the playing field relative to the financial means available to any given campaign. Sawyer observes, "The granular nature of digital advertising makes for a cost-effective targeting tool, especially given that state races are smaller than people participating and tighter compared to the number of votes separating the winner from the loser." The cost-prohibitive nature of traditional media can be a barrier to an effective GOTV strategy in which digital advertising counters.

As digital advertising becomes more essential in GOTV efforts, it is important to distinguish between different digital tactics. In short, not all platforms are the same, and savvy operatives have to navigate better where their digital spend will be most persuasive, which is where a4 Advertising centers its focus with candidates, consultants, and agencies. Platform choice is critical, as Sawyer explains, "With the increase in the number of cord-cutters and the amount streaming content that the average viewers are consuming is making OTT (over-the-top) the platform with the most potential this year. Having the capacity to target viewers exactly where they are with targeted accuracy regarding message makes that platform a new battleground for GOTV efforts."

A digital advertising plan focused on GOTV efforts can no longer be considered a luxury but is now part of every campaign's strategic plan. Targeted digital tools ranging from mobile, a4's proprietary Mobile AdMessenger (fully customizable scrolling text display ad for mobile devices) geofencing ad unit, Facebook, and the growing reach of OTT opportunities can be game-changers when appropriately used. Emphasizing the potential impact of digital, a4's Sawyer goes on to say, "Digital advertising works because it is a direct appeal transmitted over highly relevant and accessible channels. Digital spending delivers real value in brand awareness and voter persuasion, both qualities are essential to GOTV success." Sawyer, a campaign veteran goes on remind us that experience matters when it comes to political digital. "One of the biggest assets we bring to the table is our collective decades of campaign experience."