"Girls5eva" Will Be Loved 4eva 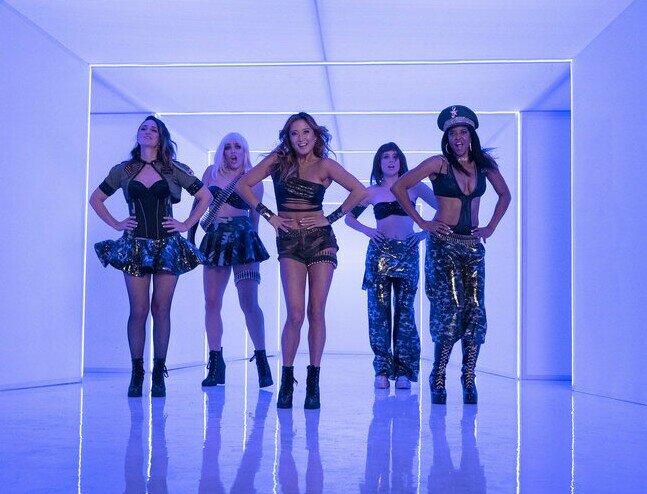 Girls5eva, on Peacock, feels like the culmination of everything the legendary Tina Fey has been involved with since the series finale of NBC's powerhouse 30 Rock. In 2015, Unbreakable Kimmy Schmidt brought us a colorful yet extremely over-the-top brand of situational comedy, and in 2017 Great News brought us the same, just with a little less wacky and a little more heart. Now, with Girls5eva, it seems we've finally reached the perfect balance of Fey's brand of silly satire and something grounded and real, and let me tell you, it sings.

Executive produced by Fey and others, including Meredith Scardino, the series creator, Girls5eva stars Sara Bareilles, Busy Phillips, Paula Pell and Renée Elise Goldsberry as the titular pop group that was once a one hit wonder in the nostalgia filled days of yesteryear -- that would be the 90s -- and have now come back together to reclaim their fame after 20 years of just being normal folks. 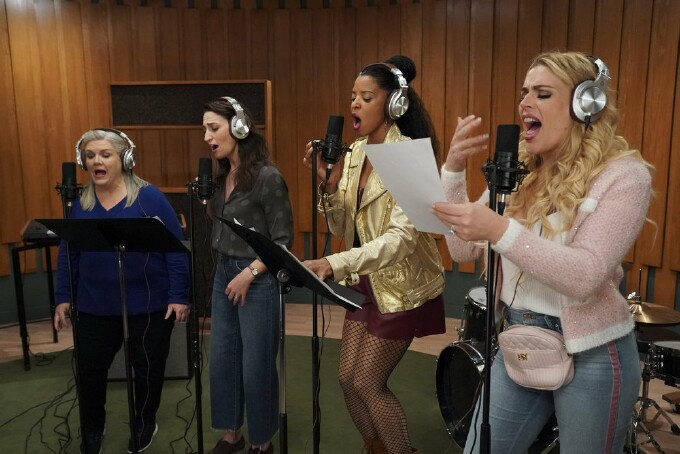 I have to say, this show definitely feels like something that, in the wrong hands, could've been pretty terrible, but thanks to the solid writing and talented cast, what we get is more down-to-Earth than I could've predicted. Furthermore, thanks to its presence on a streaming app as opposed to a network in the classic sense, it doesn't pull any punches as far as language goes, but in a way that feels more intentional and measured than one's average PG-13/TV-14 production. For example, there's a scene where the newly reunited group tries to rehearse while the one of them who ended up being a dentist, Gloria (Paula Pell), tries to join in via FaceTime during a procedure she's doing. Her patient, whose mouth is wide open, has such terrible breath that Gloria gags during the first verse, and apologizes by saying, "This guy's mouth is like a straight shot to his asshole." Pell had another moment later in the season where she referred to her "John Hancock" as a "Jane Hanpussy," which is just amazing.

Beyond the potty language, the majority of the writing is simply clever as hell. The rapper that sampled Girls5eva (the move that made them vaguely relevant again) is named Lil' Stinker, which sounds ridiculous, at least until you consider the fact that DaBaby, Lil Baby, and Lil Uzi Vert are all the equally ridiculous names of real-life rap artists who are all grown-ass men.

The execution of the flashbacks is also top notch. They really help sell the storied, yet familiar past of the now almost middle-aged girl groupers. Let's forget the fact that what made a lot of this stuff relatable to me was how I lived through that time period -- the heyday of MTV's TRL, and the height of America's pop group obsession -- and think about the expertly comped visuals during the interview that Girls5eva has with a 1990's Carson Daly (who is actually voiced by the present-day Carson Daly, now host of The Voice and a co-anchor on Today). Or, how about the interview they did with a 1990s Larry King, who passed away in early 2021. The editing was so clean, and it nailed the classic aesthetic so well (from the grainy footage to the 4:3 screen ratio), that it made G5E seem like they fit all the way in during that time period.

Individually, each of the show's main cast members bring something important to the mix. Busy Phillips' character, Summer, provides ditzy comic relief, and Pell's character, Gloria, represents for the LGBT+ community, while also just being a hilarious source of no-nonsense comedy. Goldsberry plays Wickie, the boujee one who lords after the kind of game and stardom we all yearned for as tweens, and Bareilles plays Dawn, "the chill one" turned anxious wife and mother who's songwriting abilities (powered by the real life singer-songwriter's musical and comedic talents) may be the secret weapon this group needs.

Musically, the songs are exactly what they should be. The group's classics sound like vintage '90s pop, all the way down to the ridiculously patriarchal lyrics (like the song "Dream Girlfriends," which has a verse that disparages female comedians, or "Space Boys," which was about traveling the universe to find boys to kiss). The stuff made later in the series is even more hilarious, like "The Splingee," a song about a made up dance that sounds almost impossible to do, and "I'm Afraid (Dawn's Song of Fears)," which is a song about -- you guessed it -- a list of things that Dawn finds scary. It includes stuff like being decapitated by a stop sign during strong winds and getting a UTI the second she leaves town and is no longer able to get the medicine over the counter.

When Great News came to an end, I remember thinking it was too good of a show to have ended so soon, and if this first season is all Peacock ever gives us of G5E,I'll feel exactly the same way. Girls5eva is hilarious in a way I couldn't have predicted, and Sara Bareilles has flexed comedy muscles I didn't know she had. Girl groups and boy bands topping the pop charts may not really be a thing anymore, but my love for this show just might last 4eva.