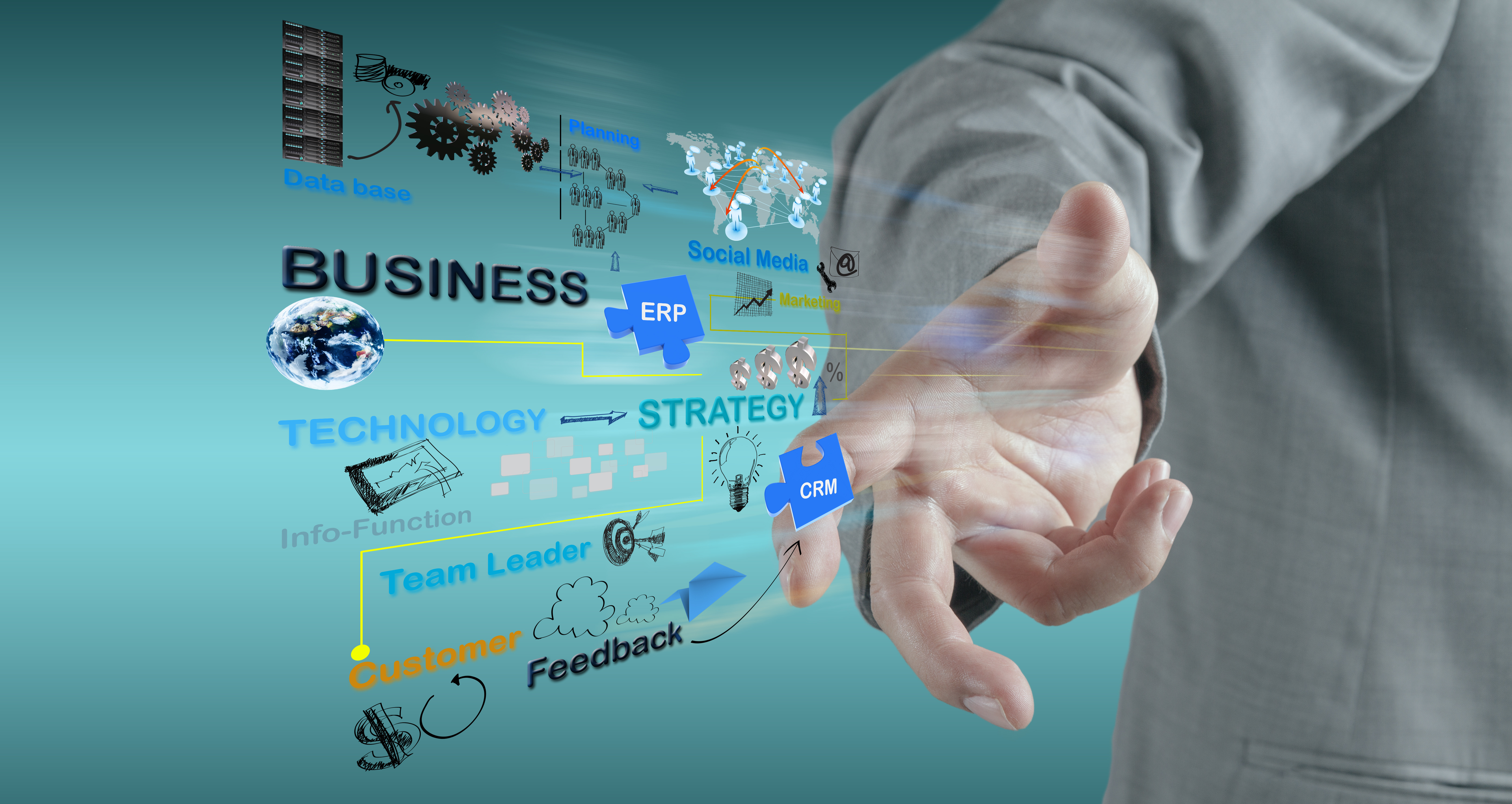 Key takeaways from this week's note:

• New economic data for the U.S. and Europe shows moderating declines but declines that are nonetheless historic.

• Media owners reporting ad revenue trends this past week showed significant improvements from growth observed in the prior quarter, and rapid growth for many of the largest digital companies.

"This year I invested in pumpkins. They've been going up the whole month of October, and I got a feeling they're going to peak right around January. Then bang! That's when I'll cash in." — Homer Simpson

GDP growth remains weak when viewed on a year-over-year basis. Sequential growth within a given period of time can often provide a misleading sense of health when compared to looking at trends on a year-over-year basis, and then comparing those figures to year-over-year trends from prior periods. And so, it is with many headline measures related to economic activity, which are often referred to in sequential annualized trends and which are intended to provide users of the data with a sense of momentum.

That would mark the third quarter of 2020 as the fifth weakest quarter since 1947, when the U.S. Census Bureau began tracking quarterly data. Three of the quarters that were weaker occurred during the global financial crisis and, of course, the weakest of all from this 63-year period of time was the second quarter, during which the economy fell 9.0%.

The U.S. and Europe both experienced meaningful declines in the third quarter. Of course, we can compare the U.S., which has more than 330 million people and approximately 230,000 official deaths from COVID-19, to many other parts of the world and see that it wasn't alone in experiencing both negative economic consequences alongside the negative health impact of the pandemic.

Preliminary headline data released on Friday for the EU's 27 member states, where the official COVID-19 death toll now collectively exceeds an official count of 170,000 among a population of more than 447 million, indicates a 3.9% real decline across Europe in the third quarter. This followed on an 11.4% decline in the second quarter.

Economic health versus public health was arguably a false choice. Such consequences were not inevitable. We also saw earlier in the week that South Korea reported third quarter real GDP growth of 1.9% to follow on the second quarter's 3.2% decline and the first quarter's 1.3% fall.

Taiwan grew 3.3% in the third quarter after falling less than a percentage point in the second quarter and growing 2.2% in the first.

As is reasonably well known, neither economy has experienced a meaningfully negative public health impact on a relative basis because of the actions taken by governments and people within those societies; they have had 463 and seven deaths among populations exceeding 51 million and 23 million, respectively.

In parts of the world where the pandemic was managed well, the choice between public health and economic growth was arguably a false one.

Economic data suggests K-shaped recovery. Looking at the U.S. data in a bit more detail we can see the "K-shaped" nature of the recovery given the differing employment characteristics of different parts of the economy, especially given the weakness in many services sectors.

Focusing on Personal Consumption Expenditures, which was down by 1.7% year-over-year in nominal terms (an improvement from the 9.7% decline of the second quarter), spending on durable goods was up significantly, rising by 12.9%, with motor vehicles and parts up by this rate. Recreational vehicles and parts were up 18.4%.

Nondurable goods spending was also up significantly, growing by 3.4% including food and beverage spending (off-premises) up 10.4%, offset by declines in spending on clothing and footwear by 8.1%.

More positively, housing and utility services were up 3.9% and financial services spending by consumers was up 2.3%.

Within these numbers, we note our prior analysis of mortgage refinancing data, which suggests massive increases in capital raising by consumers this year, a substantial portion of which is likely driving spending growth where it is occurring.

Despite reduced levels of spending by consumers, advertising appeared to be relatively healthy during the third quarter, at least for the world's largest digital media owners. During the past week we saw growth in advertising from Alphabet (up 9.4%), Facebook (up 22%) and Amazon (probably up more than 50%).

Many smaller digital businesses had much-improved results, too. Twitter was up 15%, Pinterest rose 58% and LinkedIn's advertising revenues grew 40%, although Microsoft's search business did decline by 10% in the quarter as did Criteo on a net basis.

Television-centric media owners who reported did okay as well, at least relative to prior expectations. Comcast saw company-wide ad revenues fall by slightly more than 2%, or perhaps mid-single digits organically and excluding political advertising. France's M6 and TF1 grew their TV advertising businesses by 3% and 9%, respectively. Mediaset España saw a 5% decline, which followed on Spain's other leading broadcaster Atresmedia posting a 1% ad revenue decline. The European results were particularly noteworthy considering that declines were in the 40-50% range during the second quarter.

Looking forward, regulation – or changes to existing regulations and laws – is one factor that could impact future growth trends. Forward looking elements for several digital media owners were on display earlier in the week as the U.S. Senate's Commerce, Science and Transportation Committee had a hearing with the CEOs of Alphabet, Facebook and Twitter.

The focus was on the Communications Decency Act's "Section 230's Sweeping Immunity Enable(s) Big Tech Bad Behavior." The regulation in question along with its equivalent in Europe (the EU's e-Commerce Directive) was created, among other reasons, to provide "safe harbor" to essentially exempt providers of internet services from liability due to most illegal activity that occurs on their platforms.

Revocation of Section 230 or tighter application of intended rules could impact media budget allocations. Regardless of the motivation behind the political interest, it seems relatively clear that revocation of Section 230 or a narrower interpretation of platforms' obligations, or other non-regulatory actions designed to have a similar effect, would lead to more restrictions on those platforms rather than fewer.

Putting aside whether such restrictions would be net positive or net negative for society, which is arguably the most important consideration, if a very complex one, any tightening of how Section 230 is interpreted or any outright elimination would probably help most large brands and consumers think of social media platforms as safer. Consumers would fear toxic content less and brands would fear association with that content less. This might encourage more consumption and a shift of existing budgets toward the platforms.

At the same time, those gains might be offset by some reduced usage, because the platforms would curb the worst, often very viral, content and some consumers would reduce usage because they believe they will be censored. Some consumers would leave the platform for tertiary social networks as a result. Messaging services might also experience incremental growth in usage.

At the same time, the long-tail of digital publishers, including gaming developers, might benefit if performance-based advertisers incrementally shifted their budgets out of social media as we outline above. This only considers the impact of a revocation or of restrictions related to Section 230 in a vacuum. Issues such as the "death of cookies" and restrictions on targeting on Apple's iOS will generally favor premium publishers because of their first-party data relative to the long-tail. Those events will probably generally favor social media networks as well.

Premium publishers will still be able to compete and grow but doing so will require ongoing investments in their own brands and ad products along with ongoing efforts to improve the quality and quantities of their own audiences.

Investing in producing a better-informed population – and especially one aware of what's possible in the world and how to make the most of a society – will result in healthier premium publishers, as well as a healthier population and a healthier economy, too.

Copyright and Republished with permission