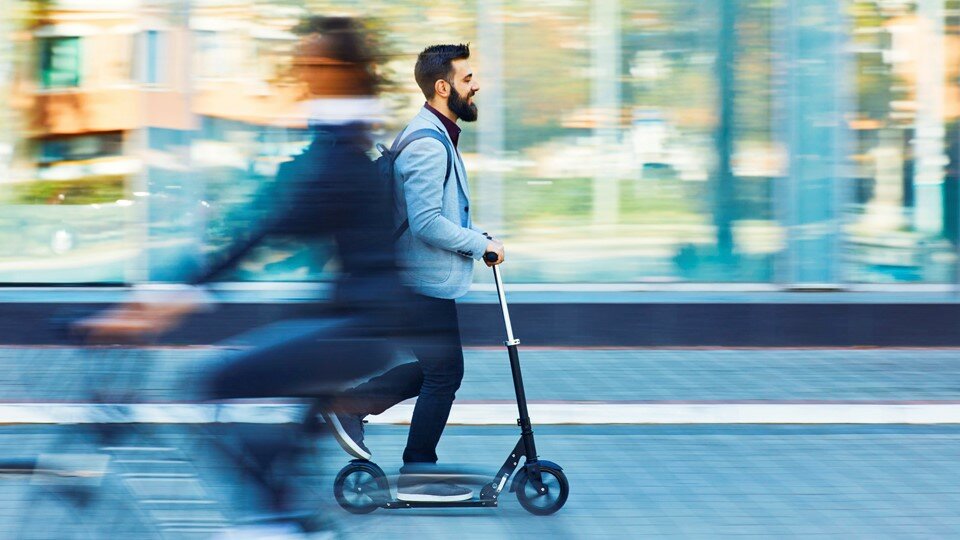 China and the U.S. are experiencing "V" shaped recoveries, as illustrated by new retail sales released this week for March 2021. While opportunities for global marketers will not necessarily be equal between the two countries, in the long run, rapid growth in each contrast with more modest or more uncertain trends elsewhere. Consequently, China and the U.S. are likely to remain as priority territories for many companies for the present time.

Spanish-language content was also in focus this past week with news of Mexico's Televisa combining its content operations with Univision and stated plans for a global streaming service. With a similar scale among Spain's dominant media owners and significant investment in related content from Netflix, ViacomCBS, Disney and others, significantly increased investment will likely be required to accomplish stated goals.

V-shaped recovery for China and the US. As 2021 progresses, we are more definitively able to point to the shape of the recovery from the pandemic, and in China and the United States, that shape increasingly looks like a "V." Starting with China's economy, which this week produced economic data showing that during the first quarter of 2021, GDP growth amounted to 18% over the first quarter of 2020 and 10% growth over the first quarter of 2019. Retail sales, which amount to approximately six trillion US dollars last year, were up by 34% in both the first quarter and March relative to their equivalent periods in 2020. Illustrating the degree to which the economy has fully recovered, compared to 2019, March was up by 12%, and the first quarter was up by 8%. With a society only modestly impacted by the pandemic from a health perspective, perhaps it's unsurprising that economic activity in 2021 isn't far from where one might have thought it would be two years ago.

Stimulus payments likely helping the United States. By contrast, the US saw more severe human consequences from the pandemic but appears similarly positioned to come out of 2021 in better economic shape than might have been expected before any of last year's disasters occurred. Undoubtedly this outcome will be amplified by stimulus payments to consumers, which amounted to approximately $1 trillion and paid out last month. While economists tend to look at retail sales data on a sequential and adjusted basis, we think it's more telling to look at the year-over-year growth rates and more relevant, too: marketers tend to manage their budgets on an annual basis and media owners tend to judge their performance on a similar basis.

US retail sales grew 30% year-over-year in March 2021. From this perspective, the headline 10% growth rate in retail sales (monthly-sequential and adjusted) is better understood as a 30% growth rate (annual over last March and unadjusted). The figure is all the more stunning because last March didn't actually see the worst of 2020's monthly declines in retail activity in the US: April was the nadir. Putting the numbers into further context, March 2021 retail sales were still 22% above activity in March 2019. Of course, because 30% growth equated to "only" $146 hundred billion, or a fraction of the stimulus, perhaps it's all unsurprising. Still, the numbers are remarkable to see considering that some of the fastest-growing categories are also among the largest in the economy. The following categories stood out for above-average growth:

At the other extreme, all of this growth occurred as Food and Beverage stores – which represented 12% of 2019 sales – faced very difficult comparables and declined by 10% during March 2021.  In March 2020, this retail category grew by 27% as consumers stocked up ahead of the implementation of policies restricting social activities across the country. For the quarter, Food and Beverage stores still grew, if only by 1.4% year-over-year.

However, opportunities for global marketers will not necessarily be equal between the two countries for a given unit of growth. Trends in China favor the emergence of domestic brands, while the US probably continues to be more open. With these growth levels compared with worse or more uncertain trends elsewhere, both China and the US will likely remain as priority territories for marketers throughout 2021.

More nuanced trends will become evident as more companies report earnings. Many of these trends will be observable with greater detail in coming days as increasing numbers of companies report their first-quarter earnings. Already this past week, global companies including LVMH, L'Oréal and PepsiCo published data for this period of time. From their results we could see relatively flat or slight growth in the staples these companies sell paired with rapid growth in luxury products.

Televisa-Univision was one of the big stories in media last week. In media one of the bigger stories of the past week related to the announcement that Televisa would combine its content-related operations with Univision into one entity. The two companies have had long-standing and intertwining financial and commercial relationships, and this news represents a deepening of those ties. On a combined basis, Televisa and Univision had approximately $4 billion in revenue last year, of which more than $2 billion was advertising, mostly originating from television-related properties.

Streaming was a key element of the announcement. A key element of the positioning of the agreement relates to the development of a streaming business building on Univision's PrendeTV AVOD service, which became available in the United States last month. The companies stated that their "combined financial strength will allow the company to invest in the anticipated launch of its global streaming platform, which is expected in early 2022." This is understandable, as focusing on streaming is de rigeur for any owner of traditional TV assets in the present day. However, the biggest challenge for the combined entity will relate to whether or not financial strength translates into financial flexibility, capacity to invest, and tolerance to potentially lose money in the near term. This will be especially important if Televisa-Univision wants to expand outside of their home countries of the United States and Mexico, let alone appeal to the larger market of non-Spanish-language speaking consumers who watch high-quality Spanish-language content.

Content spending at current levels is not unique. As it stands, Televisa and Univision spent approximately $1 billion on content last year. For a sense of scale among other large multi-national Spanish-language content packagers, Spain's two largest television networks Atresmedia (19% of which is owned by Luxembourg-based RTL) and Mediaset Espana (controlled by its Italy-based namesake) collectively generated just under $2 billion of revenue for their Spanish properties last year and incurred slightly less than $1 billion in costs – similar to Televisa-Univision's spending – on content.

Meanwhile, multiple press reports from earlier this year conveyed that Netflix spent $200 million in Mexico on production last year and plans to spend $300 million this year. Spending in Spain, where the company has established itself as a content producer will undoubtedly become comparably significant. The Spanish government will likely help last month it announced a €1.6 billion of funding for years between 2021 and 2025 to increase production of audiovisual content in the country. Netflix will surely be encouraged because it has demonstrated the global appeal of Spanish-language or bilingual content, as with the Narcos franchise or Casa de Papel. This week, Netflix announced it was opening an office in Colombia, with 30 new projects through 2022 to follow on $175 million of original content investment from 2014 through this year.

Competition from other large-scale media owners is picking up. Other US-based global streaming services are also making meaningful investments in Spanish-language content production as well: ViacomCBS, which already owns one of Argentina's leading broadcasters announced this month that it bought one of Chile's from AT&T's WarnerMedia and will be building out Parmount+ in the region. Meanwhile, both WarnerMedia and Disney have announced significant plans to expand their production efforts for their streaming services in Latin America. Further, within the United States, Comcast's Telemundo has become substantially more competitive in recent years.

Capacity for further investment and tolerance for losses will be among the keys to success. At the same time, Televisa-Univision will remain highly levered in terms of debt relative to operating profit or cashflow at the close of the proposed transaction. High leverage is usually associated with less financial flexibility than might be optimal for any given company. This is particularly relevant here as successful streaming services require the capacity to incur higher costs for content delivery, marketing and customer service than traditional broadcasters do. Global success is strongly impacted by local presence and cultural relevance, even when a language is shared. That leads to extra costs, too. And then revenues are constrained by limited or non-existent advertising loads and the fact that only subscribers who want a service are likely to pay for it, unlike traditional TV, where bundles of networks may be forced on paying consumers by distributors.

A tolerance for sacrificing profitable traditional business also helps as efforts to sustain those businesses can have the effect of distracting management teams or otherwise incent them slow down the pace at which they transform their businesses. None of these rules out success for Televisa-Univision. However, identifying key factors behind successful transformations of media businesses may help anticipate the probability that it may occur as the company hopes it will.

Photo courtesy of GroupM Copyright and Republished with permission.