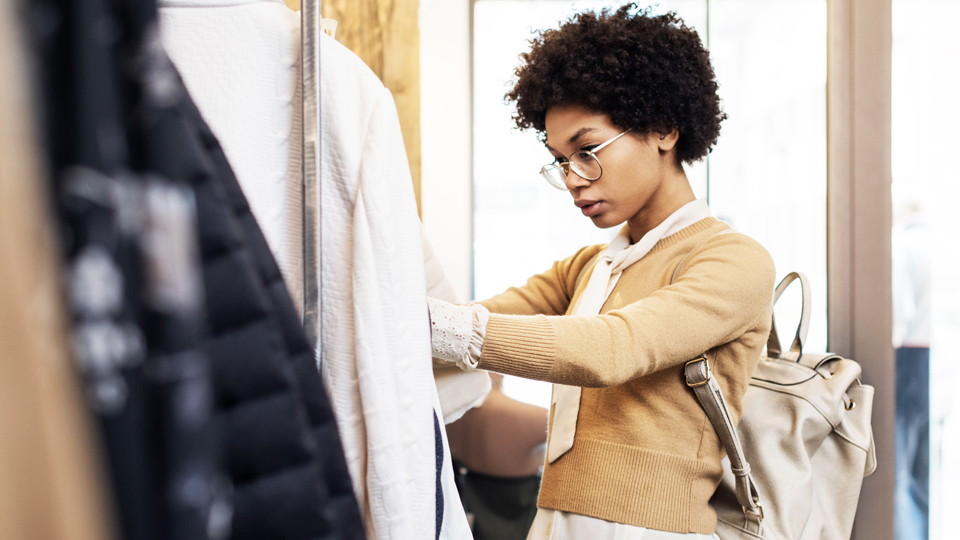 The NFL's new $100 billion+ rights agreements with each of Amazon, Comcast, Disney, Fox and ViacomCBS will account for more than 10% of all professional content spending in the U.S. Additionally, it may significantly impact the shape of the ad-supported video industry in the U.S. and markets around the world.

Retail, including traditional store-based sales and e-commerce-related activity, is a critical sales channel for many marketing-dependent industries. Related data for February was released over the past week for each of the U.S., China and Australia, which we review in this note.

New U.S. NFL rights agreed through 2033. On Thursday, the NFL announced agreements with Disney, Comcast, Fox, ViacomCBS and Amazon related to rights to their games between 2022 and 2023. Sportico reported that Disney's average annual fees would rise from $1.9 billion to $2.55 billion, Comcast's from $950 million to $1.71 billion, Fox's from $1.79 billion (including $660 million for Thursday night games Amazon will pick up on an exclusive basis) to $2.03 billion, ViacomCBS' from $1.03 billion to $1.85 billion and Amazon's to $1.32 billion, up from $130 million for non-exclusive rights previously. Comcast's and Fox's press releases indicated that the NFL retains termination rights to effectively end agreements in seven years if it chooses to do so for seasons after 2030.

Of interest, neither DirecTV, which pays $1.5 billion per year nor Verizon, whose agreement obliges them to pay the NFL approximately $450 million per year, were part of the days' announcements; those rights will presumably be separately renewed in the future.

Streaming services feature prominently in the agreements. Streaming rights featured prominently in the news. Amazon's rights are necessarily through a streaming service, and at least some incremental rights were secured for the others' streaming services. Fox secured digital rights involving Tubi ("FOX will create an NFL experience on Tubi consisting of premiere VOD as well as condensed games"). ViacomCBS will be allowed to air the entirety of its package online while "the new agreement allows ESPN the opportunity to simulcast all ABC and ESPN games on ESPN+." Similarly, Comcast's rights include simulcasts of its weekly game on Peacock as well. Further, each of Comcast and Disney secured the right to air one game exclusively per year on Peacock and ESPN+, respectively.

NFL annual rights value will rise from nearly $9 billion presently to $13 billion after 2023. Presuming a similar inflation rate will apply to renewals of the DirecTV and Verizon rights, we can estimate that total domestic rights in 2023 will be worth around $13 billion annually, up from nearly $9 billion annually at present. On a like-for-like basis, if we take the mid-year of the new agreement and compare it against a year such as 2018, the fee increases amount to around 4% annually, which is lower than increases observed in recent years for most other major sports. Such cost increases are likely higher than the direct revenue growth they will see from these agreements. However, the indirect contribution to rights-holders' overall revenues help to justify the effort.

NFL already accounts for more than 10% of total content spending in the U.S., but only around 3% of viewing. Putting these agreements in the broader industry context, content spending in the U.S. by distributors (cable and satellite operators plus direct-to-consumer and SVOD streaming services) equated to $82 billion last year. Spending by packagers of content who self-produce or license content (meaning local T.V. stations, broadcast networks, cable networks and SVOD services) probably amounted to something similar. However, it is defined and estimated, spending on NFL currently accounts for around 10% of the industry's total for all content but generates a substantially lower share of consumption, approximately 3% of traditional T.V. viewing in 2020. Of course, there is value in the transaction because of the outsized capacity a property such as the NFL will have to cause cable and satellite operators to pay high prices for cable networks or broadcast station retransmission consent rights.

Among the key takeaways for the broader industry:

Overall, the deal is a significant one for Amazon, as all other sports rights the company has secured in its history (such as some regional New York Yankees rights, a package of English Premier League football in the U.K., some UEFA rights in Germany as well as U.K. rights to the U.S. Open and the Women's Tennis Association) amount to a fraction of the value of their arrangement with the NFL. To the extent that Amazon can prove its value, Amazon might more aggressively bid for additional rights in other countries around the world. Of course, it will be the end of next year before Amazon will have a sense of this value. In the meantime, we would expect that they will continue to relatively prudently invest in new content – including sports rights – at what is still a massive global scale.

New retail sales data for each of the United States, China and Australia helps paint a picture of the world in February 2021.We look at retail sales data produced by governmental authorities to understand a range of trends related to different industries' health and related consumer activities. While headlines around this data tend to focus on sequential-monthly trends (meaning: February's growth over January levels), we focus instead on year-over-year trends, as this is more directly comparable to the year-over-year growth we can observe in marketer and media owner revenue growth trends. As a broad theme, sales trends are relatively healthy. However, interpretations of data become increasingly challenged as anniversaries of the most intensive periods of pandemic-related lockdowns occur and as the impact of government stimulus payments skew spending patterns.

U.S. retail sales excluding food services were up 5.8% in February over 2020 levels. Starting with the United States, which provides the most detailed current data among the countries analyzed here, under the broad definition of retail sales, including food services and drinking places (referring to restaurants and bars), we saw 2.4% growth during February 2021 vs. February 2020. This was slower than the upwardly revised 7.8% growth rate in January 2021 vs. January 2020. A more helpful metric excludes restaurants and bars, given the number of those that are closed and the reluctance of many consumers to go to those which are open. On that basis, February retail sales were much stronger, growing by 5.8%. While softer than January's 11% gain, this was still well above growth rates observed in recent pre-pandemic history (between 2010 and 2019, the median year's annual growth in comparable retail sales was 4.1%) and should be considered to be relatively strong. Stimulus payments by the U.S. government to consumers in January, which amounted to $163 billion, could have been a factor in January's relative strength. We note that those payments were relatively modest compared to the more than $1 trillion in stimulus payments delivered to consumers this month, which would presumably impact March and April results to a more significant degree.

Most categories of retail activity were up year-over-year, with some sectors unambiguously positive. Starting with the biggest retail activity category, motor vehicle and dealer sales continued to grow, rising by 4.6% in February after growing by 12% in January. The fastest-growing traditional retail sector during the pandemic, building materials/ garden equipment stores, continues to be very healthy, sustaining double-digit gains for the tenth consecutive month and rising by 11%. Sporting goods, hobby, book and musical instrument stores held up at similar levels, also growing 11% during February. Food and beverage stores continue to post robust results as they have throughout the pandemic: growth was 7.2% in February, although this was below January's 11% level.

Clothing and related stores remain weak, as do restaurants. Among the categories posting declines, clothing and clothing accessory stores remain very weak, falling by 15% in February following January's 10% decline. Clothing stores generated less revenue than in any February since 2011. Department stores struggled as well, falling 18% in February after falling 5.6% in January. Electronics and appliances stores declined by only a modest pace, down 6.7% during February, sustaining the 2.3% decline observed in January.

Arguably the most significant category of decline around the broader retail environment remains food services and drinking places, which employ disproportionately high shares of low-income workers. So, weakness among these establishments brings higher human costs. In February, these businesses fell by 20%, a deceleration from January's 14% rate of decline.

E-commerce is likely still rising at a rapid pace. In many instances where there is a decline – as with the department store and apparel stores – spending is picked up by pure-play e-commerce retailers (such as Amazon) or by mail order companies. While e-commerce is not specifically broken out in the U.S. monthly retail sales data, all non-store retailers combined grew 23%. This was below January's 27% pace but within the range of 22%-30% that has occurred in each month since April of last year.

China retail sales excluding food services were up 9.3% over 2019 levels. Chinese sales data for this period combine January and February every year because of the New Year's shifting date, which can have the effect of changing activities between the weeks during this period. Last year's January-February period featured the most extreme of the pandemic's lockdowns in China – retail sales declined 21% then – and so growth this year is off a depressed base. Relative to 2020, total retail sales growth, including food services/catering, was 34%, but relative to 2019, growth was 6.4%. Excluding catering, growth was 32% over 2020 levels and up 9.3% over 2019 levels. Automotive sales were even stronger, rising by 78% vs. 2020 and by 12% vs. 2019. Online sales also rebounded, rising by 31% year-over-year vs. the year-ago period's 3% growth rate. This translates into a 32% growth rate over 2019 levels. Underlying trends have been relatively tepid in recent months, slowing to 6% growth in December.

Australia's retail sales, including food services, grew 8.7% in February.Australia, which released its preliminary February retail sales this week, also posted relatively healthy year-over-year trends: total sales (including food services, as with the Chinese data and broadly-defined U.S. data) were up by 8.7% year-over-year. This represented a deceleration from January's 11% level but was still strong vs. historical levels which were only growing at low single-digit levels in 2018 and 2019. Data presented on a preliminary basis does not break out food services, but growth would presumably be faster if it were excluded.

Politics and media have always had points of connection, but the scale of impact will look more significant as the companies involved are bigger now than they ever were. There were three meaningful examples of this fact in the past week alone. In China, Alibaba was widely reported to be facing a demand from the government to sell its media assets (which include Youku Tudou, its video streaming service, the South China Morning Post, its film studio and a stake in Weibo). It also found its U.C. Browser blocked from app stores this week. In Russia, this week, Twitter was threatened with an outright ban within a month if it does not remove "banned content" related to activity opposed to the Russian government. In Europe, we saw a "spat" between Germany and Ireland (in time for St. Patrick's Day, no less) where Germany's Federal Commissioner for Data Protection wrote to the European Parliament complaining about Ireland's treatment of data privacy and its slow handling of related cases. Ireland is, of course, the legal home to Facebook, Google and others within the E.U. Germany's view of enforcement is different than Ireland's, and over time approaches and philosophies on these matters will probably converge.