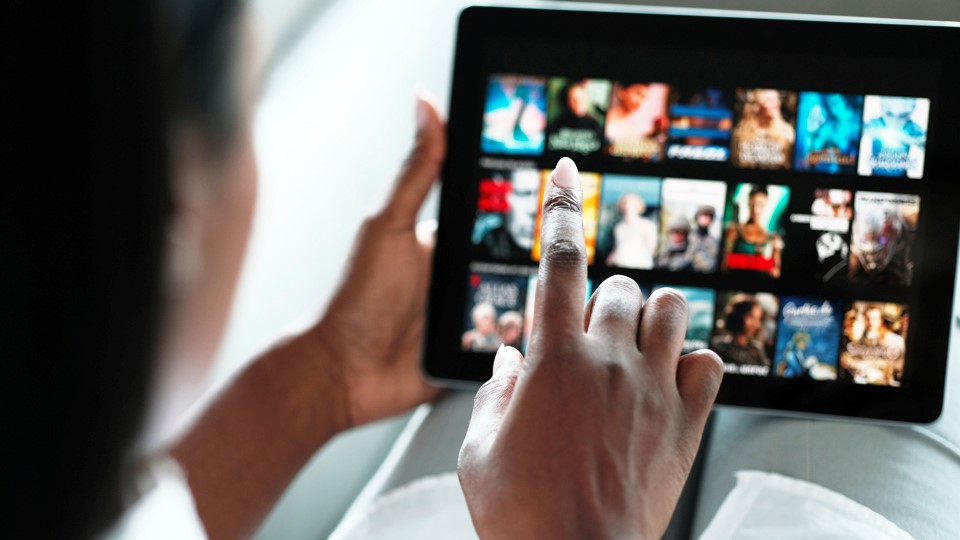 We monitor earnings results and public information related to marketers and media owners, along with government data and economic releases from countries around the world. We do this to better understand consumer trends as well as advertising and digital transformation issues.

Consumer spending on video services remains robust and didn't fall much in 2020 over 2019 levels, at least in the United States. As the most mature market for the industry globally, the U.S. offers insights that help us understand how the market can evolve.

Traditional pay-TV will continue to lose share of consumer spending, replaced largely by newer streaming services, whose growth will only be limited by media owners' willingness to invest in content. As they do, conventional advertising's capacity to support marketer needs will erode, but emerging solutions like addressable advertising will help the medium maintain relevance.

As new streaming video services have emerged, many concerns have been raised regarding consumers' willingness to pay for all of them. Marketers have had to ponder whether the globally available ad-free services that have become so prominent in recent years, including Netflix, Amazon Prime Video and Disney+, will be able to sustain growth through subscriptions alone, or whether they will find themselves desperate for revenues from some other source, such as advertising. The topic is important because the way it plays out will impact the volume of available advertising inventory on traditional TV, especially as newer streaming services launch on an ad-free or ad-light basis (as is the case with Viacom's Paramount+, for whom many product details were announced this past week).

Our view has generally held that consumers will spend incrementally more on video-related content every year, so long as the value exchange is perceived favorably relative to alternatives. Arguably, this can be true because video spending accounts for a minimal share of most households' expenditures, even if prices on baskets of like-for-like services rise ahead of inflation. New services will be embraced if those alternatives are high in quality relative to other options, with spending on content a good proxy for quality. While this view is largely informed by U.S. data both because of the market's maturity and because "real" data is generally available there much more rapidly than elsewhere, related trends should apply around the world.

Toward those ends, in the past week data was released that allowed us to fully assess 2020 trends around premium video content via traditional pay-TV, vMVPDs and SVOD offerings, theatrical movies, video rentals and digital downloads in the United States. This data is gathered through our analysis of public companies and Nielsen data to capture traditional pay-TV activities along with data from trade group DEG (Digital Entertainment Group).

Total video spending amounted to $139 billion in 2020, down 1.8% from 2019.In all, spending on these forms of video amounted to approximately $139 billion, down 1.8% versus 2019's levels. For all of the prior years we have made estimates, back to 2010, growth ranged between -0.6% and 3.4%. On that basis, 2020 was not too far away from a typical year despite the absence of theatrical box office that was around $8 billion lower than it might have been – an amount that equates to approximately 6% of the total.

Traditional Pay-TV spending was down 1.1%, with fewer subscribers offset by higher pricing. The most significant source of activity in this space remains traditional pay-TV. Including vMVPDs (virtual Multichannel Video Programming Distributor, or full-service video subscription offerings such as Sling TV or YouTube TV), we estimate that $107 billion was generated in revenue for video services in the U.S., down by 1.1% over 2019 levels. With around 88 million U.S. homes paying for this type of service, the average home's monthly video ARPU amounted to $98.30. From this ARPU estimate, we calculate that average prices rose by another 3% during 2020, partially offsetting the ~5% subscriber decline for the year. The price rise for 2020 would be consistent with the average annual price increases observed over the past decade, which equate to growth of 32% during that time. Subscriber numbers have fallen more substantially in recent years after an extended period of growth and then relative stability but are now down around 16% from the 2010 peak.

Streaming services revenues rose by a quarter to $21 billion, and electronic-sell-through more than doubled. Streaming services revenues rose to $21 billion in 2020 on DEG's data, up from $16 billion in 2019. We note that quantifying "revenue" for a service such as Amazon Prime Video, which is bundled with a delivery service, can limit any analysis to some degree. However, arguably the growth in value one might ascribe to Amazon's offering does not materially impact trends by more than a couple of percentage points.

One data point we thought notable among the other types of video tracked by DEG was the electronic sell-through revenue, as many films that would otherwise have been released in theaters were made available directly to consumer homes through digital services. Revenue for this format amounted to $5.4 billion in 2020, up from $2.6 billion in 2019.

From all of this data, we can conclude that consumers are willing to spend more money on video services with every passing year if the availability of quality content can compel them to do so. Shifts across different sources of this content will inevitably occur, in some proportion to the amount that a given media owner spends on content relative to other media owners.

Content packagers (networks, stations and streaming services) spent around $70 billion during 2020 in the United States. We estimate that conventional MVPD and vMVPD distributors paid broadcast and cable networks, local TV stations and other packagers of content $65 billion during 2020, down 3% from 2019 and down only slightly more from 2018's peak level of spending. These levels equate to approximately $60 per subscriber per month, up by 1% versus 2019. Those packagers would have spent an amount representing a solid majority of their revenues from carriage on programming – perhaps around $50 billion. To that, we can add estimated allocations to U.S. spending by streaming services on content, which would include $5-6 billion from Netflix and perhaps another $10-15 billion from Amazon, Apple, Disney, Warner Media and others combined. In total, this would equate to $70 billion in spending on content by networks and streamers last year.

Netflix accounted for around 7% of TV consumption and about 8% of TV content spending in 2020. According to our Nielsen data analysis, internet-connected devices accounted for approximately 20% of all TV viewing across all people. Netflix accounted for around a third of all internet-connected device-based viewing, or 7% of total TV consumption. Netflix's viewing share was probably only slightly below the ~8% of spending on content that it accounted for. To the extent that there is a predictable relationship between expenditures for content and viewing, these should not be surprising figures.

Streaming services should be able to anticipate their approximate audience share based on their programming spending share. Beyond spending on content, our general view remains that streaming services are most likely to scale usage with a mix of original programming and library content paired with recommendation tools.

Consider Paramount+. With $5 billion of planned content spending by 2024, and perhaps something like $3-4 billion of that on the United States, if industry-wide content spending rose to more like $80 billion by 2024, we might expect 4-5% of all TV or equivalent viewing. In countries worldwide, global streaming services will account for increasingly large shares of spending on video content, and they should see commensurate gains in spending by consumers as a result.

Gains in shares of viewing versus a country's incumbent video services should follow, although spending on content alone isn't enough by itself. A deep library, which can involve inexpensive programming, strong recommendation capabilities, and a solid user interface, is also important.

Presuming that the largest services operate profitably without advertising -- likely true as Netflix is now capable of operating without external financing and maintains a strong preference against ads, while Amazon Prime Video and Apple will primarily invest in their video services to help support much bigger operations and would see not see much net benefit from ads -- other services will face competitive pressure to eliminate ads and severely limit them. As a result, erosion in industry-wide advertising inventory is likely to persist, if not accelerate, in most countries.

New advertising models, such as those involving addressable TV, can help solve the problems that follow from growing ad-free streaming services. Even with less ad-supported inventory, television doesn't need to necessarily become a less useful medium for marketers. At least it is less likely to become less useful if the industry embraces new ways to capitalize upon new opportunities. For example, there are increasingly viable addressable advertising concepts that match spending choices with business outcomes.

Another promising concept is the idea that advertisers seeking reach and frequency have a hard time cost-effectively accomplishing incremental reach, as a marketer wanting 80% reach for a campaign will find that the 70th to 80th points of reach is substantially more expensive than the first through 10th points of reach, for example. Addressability can help solve that problem.

A separate use case relates to "balancing the load" of frequency, ensuring that, if a marketer wants frequency of, say, eight, all people in the target audience receive as close as possible to eight messages. Then, there is the concept of "mass personalization at scale," using addressability to modestly customize a brand's messaging to the unique characteristics of a given household while still allowing the advertiser to reach the entirety of a geographic market within the same commercial unit.

Traditional forms of TV trading will remain dominant for the foreseeable future, mainly because they remain efficient ways to reach most audiences in ways that most marketers want to manage their budgets. However, addressable advertising is an important innovation in television, complementary to the traditional form of the medium and increasingly significant on a stand-alone basis with every passing year.

Snap and Twitter both held investor days this week. Snap and Twitter hosted investor days this week and provided guidance for growth over the next three years with aggressive, although not necessarily implausible, assumptions. The small business advertising opportunity both cited may be difficult for anyone not named Facebook or Google to realize. However, efforts to increase usage and ad inventory, international expansion, and other efforts to grow "share of wallet" from other advertiser segments are more likely to support both companies' goals.

The newest e-commerce data for Canada and the U.K. was released on February 19. Both Canada and the U.K. recently released new e-commerce data for January and December, respectively. In Canada, growth amounted to 69%, as reported to amount to 8% of total retail, including automotive sales. In the U.K., we saw 75% growth to amount to 36% of total retail sales, excluding motor vehicles. On a like-for-like basis, the gap between the two countries would only be slightly narrower. The fact that the U.K. can grow at such a substantial pace illustrates that, in countries where e-commerce penetration is relatively low, significant growth rates may persist for an extended period as markets mature.

Photo courtesy of GroupM. Copyright and Republished with permission.