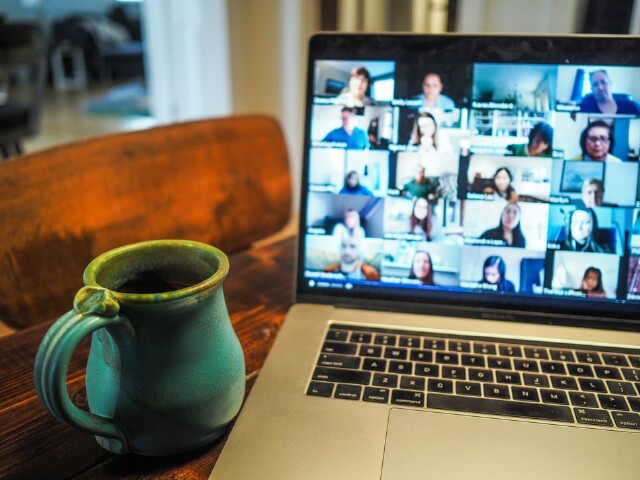 The ARF outdid themselves in improving the art of virtual conferencing. You could switch across concurrent sessions, and time-shift sessions you missed with no delay in access. You could network with other participants and set up virtual meetings in virtual meeting rooms. Short presentations delivered valuable learning in a fast-paced middle half of each of three days. Chat appeared right next to the video content. Bravo ARF!

These are my personal takeaway favorites – I wasn’t able to watch everything going on concurrently although I time-shifted several -- please forgive me if I don’t mention your paper, I probably didn’t see it yet, although I plan to do more time-shifting! Abby Mehta, senior vice president, marketing analytics and insights executive, Bank of America, reported a brilliant study clearly proving the importance of branding effects in predicting economic effects. Its brilliance lay in the matching of survey data with CRM economic data. I’m reminded of landmark studies done a long time ago that used multiple reinterviews to get at the same thing with less hard-edged results (Achenbaum & Haley, Grey Advertising, circa 1962; Frank Gromer, FCB, about the same time). Those studies, even without the hard economic data, managed to get the industry to move off of ad recall as the one measure people would consider, into a battery of attitudinal questions plus recall that became the new standard.

I see Abby’s study as having equally profound impact today in making full funnel measurement the way to go, as Binet & Field has been saying. Abby also reported that no institution today is considered both trustworthy and competent, meaning that much work has to be done by all organizations to restore the trust and confidence of the public.

Saejin Park, director, global digital transformation, General Motors; Aaron Wolf, data scientist, General Motors, and Sasha Wolfe, head of media, Taco Bell, presented a fascinating big data measurement of today’s radio audience in cars and its sales effects. GM has the largest fleet of connected cars in the world. The significance for the radio medium is obviously huge; radio’s big data has been leveraged before by individual internet radio players, and I’ve personally seen some high ROI results for that medium. But this now opens the door for measurement at scale of the big broadcast radio medium itself.

Nadine Karp McHugh, president, SEEHER, ANA, and Jennifer Pelino, senior vice president, Omni Channel Media, Media Center of Excellence, IRI, reported that when women and girls are portrayed as complete human beings in advertising, the sales lifts are 5X higher. Other findings show that nearly half of the female population of the U.S. cannot relate to the way their gender is portrayed in advertising.

•2020 Upfront down $5B-$7B
•Snap and Facebook mostly selling rev-share direct response ad deals during COVID
•SVOD didn’t exist 10 years ago and has already grown larger in annual revenues than theatrical cinema -- predicted to grow +85% by 2024 -- AVOD predicted to grow +111% by 2024
•ComScore U.S. reach in first half 2020 YOY +3% for SVOD, +7% for AVOD
•Wall Street favors players who have both SVOD and AVOD rather than those with a single revenue stream
•Economic risks of bad decisions will be increased, there will be more competition and survival will become harder (suggesting more use of Random Control Trials – that's my comment, not Laura’s)
•It will be harder to get reach
•Viewers will find it harder to discover programs
•Viewers will try more streaming services but with higher churn.

Lindsey Woodland, vice president, analytics, 605, presented a tune-in case study that showed tune-in advertising has very high impact on ratings if both the network’s own airtime and also paid external airtime are used carefully together to cause exposure from both types. (I can attest this synergy effect was not a fluke, as I’ve seen it happen consistently.) And that, unlike almost all other verticals, there were no diminishing returns for additional frequency up into the 20s of exposures.

Nicolle Pangis, CEO, Ampersand, indicated that streaming during COVID has increased +29% while CTV has increased +17%, suggesting a disproportionate increase of viewing on non-TV devices. Ampersand is working to make TV buying more automated, and is already combining TV national and local, addressable and non-addressable, linear, streaming, CTV and VOD (up +30% during COVID) for many clients including Ford, which she named as an example. Ampersand has 41 million addressable TV homes of which 28 million are linear addressable, the rest VOD-only addressable. She twice referred to the increased value of working with competitors to enlarge campaign scale for clients.

In a presentation of the Fox BHC study I reported that the premium ad-supported streaming networks are achieving 5X to 9x the ROAS of the average of all television and digital advertising. Also, that there are large synergy effects between linear and premium OTT, and that the largest Auto, CPG and QSR advertisers have invested so much in non-premium digital video that it is saturated and not generally returning incremental gains. In a presentation with Semasio CEO Kasper Skou and Reset Digital CEO Charles Cantu, we presented a neuroprogrammatic case study where the KPI was quintupled by using not only industry-standard product motivations, but also RMT DriverTag TM based motivations now available for digital targeting of 276 million Americans.

A number of sessions showed that context matters. For example:

Robin Garfield, executive vice president, research and scheduling, CNN, presented findings of studies that proved the same point, and was able to explain why viewers look positively at their experiences with TV news, challenging them to use their minds to make them better-informed citizens, plus a range of similar reasons.

I presented a meta-analysis of 70-plus studies conclusively supporting the same kinds of alignment effects that had been reported by MediaScience and Dartmouth -- when the psychological texture of an ad and program match, the ad works better. RMT’s 265-variable context approach shows twice the positive effects of simpler alignment approaches (over 30% ROI improvement vs. 15% ad recall improvement).

All I can say to the ARF is the title of that old James Bond theme song, “Nobody Does It Better.”