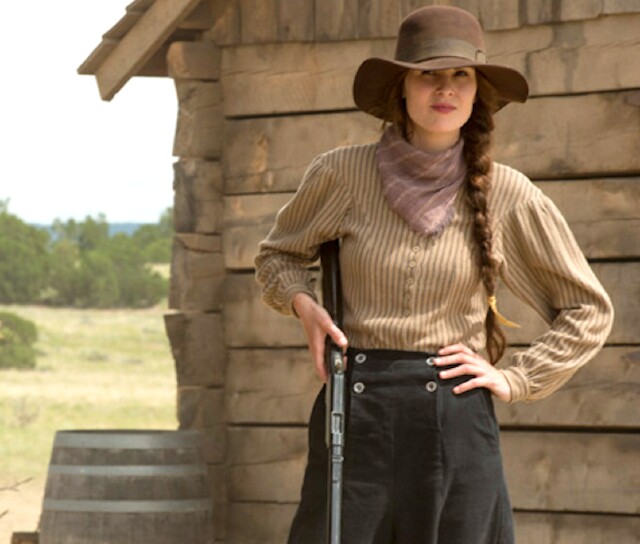 Westerns have never done much for me on television or in the movies.  I appreciate the fact that they comprise a subset of filmed entertainment that is an uniquely American art form.  I admire John Ford’s body of work and I agree with film critics everywhere that his 1956 masterpiece The Searchers (starring John Wayne and Natalie Wood) is one of the finest and most deeply layered movies ever made.  I have fond memories of watching Gunsmoke and Bonanza as a child.  (The vivid color palate on Bonanza, featuring hues not seen in real life, is as mesmerizing as that of Green Acres.)  But, given the choice of virtually anything else to watch over a western, though, and I will go with it.  It was true then and it true today.  Which makes my enthusiasm for Netflix’s Godless all the more interesting, at least to me.

Critics have championed it as a revisionist western of some sort, powered more by its female characters than the men on its canvas.  While it's true that the action plays out in and around a small town in New Mexico where the female residents definitely outnumber the males, I’m not sure I agree that Godless is all about women power, as there are an awful lot of guys around, some of them quite commanding and many of them driving the story. 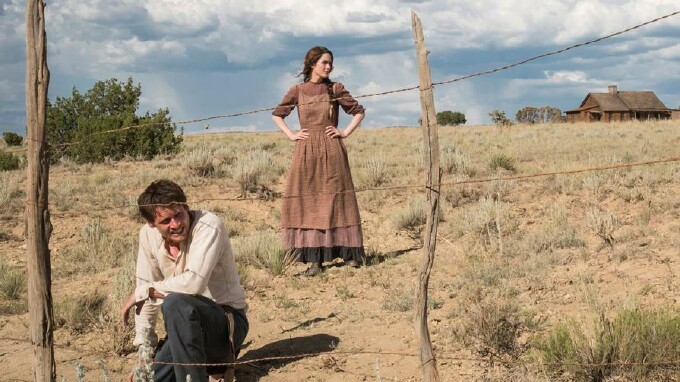 The most well-defined male characters are played by Jeff Daniels, Sam Waterston, Scoot McNairy (Halt and Catch Fire) and the fearless Jack O’Connell (an alumnus of Skins,pictured above left), making his American television debut.  They are all do outstanding work with the great material they have been given.

But I watched for the powerful performances of Downton Abbey’s prim and prickly Lady Mary herself, Michelle Dockery (pictured at top and above right), who is impressively kick-ass here (even more than in TNT’s Good Behavior), and Nurse Jackie alumna Merritt Wever (pictured above, left), who in her still young career continues to create complex characters we have never seen before.

Their's are the powerful beating hearts that made Godlessstand out from so much else on television this fall, which is quite an accomplishment given the hundreds of hours of new programming that have filled broadcast, cable and streaming schedules since September.