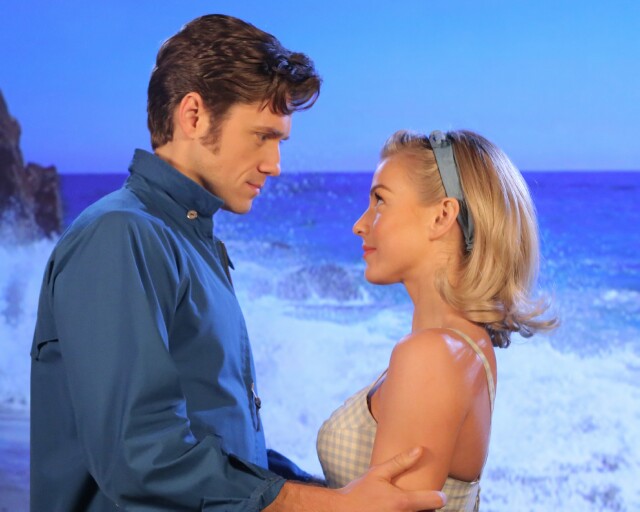 The TV year ended as it began – with the presentation on a broadcast network of a crowd-pleasing Broadway musical telecast live from Hollywood studio back lots.

First up was Fox’s Grease Live! which in January broke away from the revived live-musical format previously perfected in recent years by NBC by spreading itself over multiple sets indoors and outside (and narrowly avoiding a natural disaster at the end of an atypically rainy day in LA – the rain ended mere moments before the telecast began, as if God wanted to sit back and enjoy the show). There had never been a program quite like it on television – it was more like a live movie than anything else. Athletic Aaron Tveit and Julianne Hough (pictured at top) were just fine as Danny and Sandy (though nobody will ever top John Travolta and Olivia Newton John in those roles) but the standout was High School Musical alumna Vanessa Hudgens as rough and rueful Rizzo in a performance made all the more moving by the fact that Hudgens’ father had passed away the night before. It is said that the show must go on. In this context, Hudgens was humbling.

It should come as no surprise, really, that Grease Live! was the most entertaining telecast of the year, because it was directed by Thomas Kail, then still basking in the glow of his previous achievement, a little Broadway production called Hamilton.

December brought with it NBC’s fourth live holiday musical presentation – Hairspray Live! – the second most entertaining telecast of 2016.  Also produced in Hollywood over multiple indoor and outdoor sets (with the glorious mountains of, ahem, Baltimore plainly visible in the background) it played more like Grease Live! than NBC’s previous live musicals The Sound of Music Live!, Peter Pan Live! and The Wiz Live!  And yet it never had the feeling of a movie; rather it was something singular – and sensational. 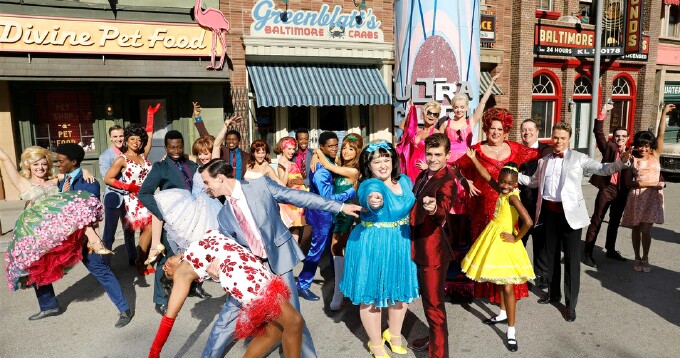 The production itself was glorious, but what really stood out for me was the integration of sponsors into the fun, sometimes in the form of live retro commercials, keeping with the nostalgic narrative of the show, at other times via “ordinary” ads with colorful borders around them, the logo of the sponsor boldly displayed at the bottom of the screen and a live-feed showing behind-the-scenes activity on the set at lower right.

Hairspray Live! will be remembered for many things, including the career-launching performances of Maddie Baillio as Tracy Turnblad and Ephraim Sykes as her pal Seaweed J. Stubbs, and, sadly, those annoying cuts before commercial breaks to kinetic host Darren Criss and members of a live audience. Way to kill the mood, folks. NBC, please don’t ever do that again.

My final thought: NBC ought to make The Corny Collins Show (the live variety program in Hairspray Live!) into a live weekly Saturday night series, or at least a series of specials, leading into the night’s 10 p.m. repeat of Saturday Night Live and, later, original SNL telecasts. I’m serious about this.  It’s called thinking outside the box, which is exactly what the broadcast networks must continue to do if they are to survive and thrive.