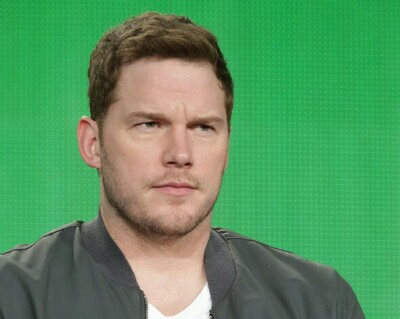 Pasadena, CA – It has been said that if you work with Chris Pratt, or meet Chris Pratt, or merely find yourself in the same room as Chris Pratt, that you will be a Chris Pratt fan for life. After attending the farewell panel for the soon to conclude "Parks and Recreation" at the end of NBC's long and productive day at the Winter 2015 Television Critics Association tour I can declare with some assurance that the above statement is true. This guy is a rock star.

Pratt was on hand with Amy Poehler and most of the "Parks and Rec" cast for one final TCA session before their series comes to an end in a few weeks. Critics appreciated having them here, almost as much as they appreciated the waffles with assorted toppings that were served just before the panel in a nod to JJ's Diner, a major gathering place for characters on the show. 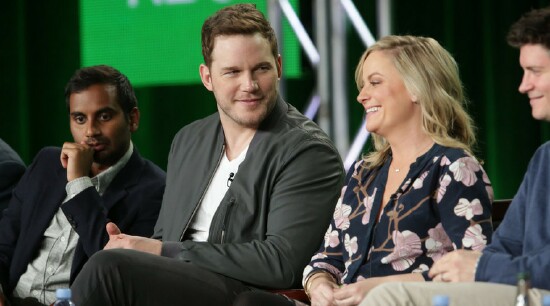 Still, I couldn't help but compare this panel to the "Mad Men" farewell one week ago. That one was deeply moving at times, in part because series creator Matthew Weiner and the six original cast members thanked TCA members for their support over the years, particularly at the beginning of their show's run, when few people were watching. By contrast, the "Parks and Rec" panel, while fun and productive, wasn't emotional at all. That show wasn't a big hit out of the gate either, but the press was right there pushing for it from the start. I expected an expression of heartfelt thanks from Poehler or somebody on the stage, but it never happened. In fact, the press was encouraged to give the "Parks" people a round of applause, and some of the typists – I mean bloggers – in the room actually complied.

Anyway, the panel rolled along, with many critics asking questions and the cast members happily responding, often in a humorous way. But the best moments came near the end when The Amazing Mr. Pratt, who had been relatively quiet throughout the session, decided to answer a question one critic put to the entire cast. Essentially, the query went something like this: As your show prepares to go out, what advice would you give the people in NBC's new comedies as they come in?

"Don't read [online] comments because [they don't] matter," Pratt exclaimed. "Don't read the f*cking comments and [worry about] what everyone thinks. It doesn't f*cking matter. It really doesn't, and if you change your vision to try to fit what some jackass online thinks or some group of f*cking nitwits think as they're f*cking jerking off writing comments you're going to f*cking lose your vision. So screw everybody who writes comments! Don't read them!"

As the F-bombs exploded around us, it seemed to me that almost every critic in the room was suddenly swooning. The instant group love for Pratt -- an outrageously regular guy who also happens to be one of the biggest movie stars in the country after his starring role in the monster hit "Guardians of the Galaxy" -- wasn't hard to understand, since most TCA members must contend with editors who still feel that comments from readers somehow legitimize the work that they do -- and who sometimes take the commenters' comments to heart, this despite the growing awareness and consensus that comments are largely meaningless.

To them, Pratt was suddenly a God … and he had only just begun.

Referring to the phenomenon of anonymous comment posting, Pratt declared, "It's just a crazy toilet bowl that you stick your head in and you flush for as long as you want to waste time, but if you have time to read comments, you should be rewriting your jokes. Don't read comments!"

"But thank you all for your support during …" Poehler began to interject, lest anyone in the room make the mistake that Pratt was ranting about critics rather than commenters.

Pratt picked right up on it. "You guys are professionals," he said, generating a fresh wave of love.

"Your opinion matters," Pratt assured us, "But not some dick head in f*cking Ohio who's probably 12 or some shit, I don't know."

Had Pratt just read some comments before the panel, cast-mate Aziz Ansari asked.

"Pisses me off," Pratt exclaimed. "I don't read comments."

And with that, the session drew to a close, leaving dozens of critics saddened that after more than ten years of appreciating Pratt on "Everwood," "The O.C." and "Parks and Recreation" we were going to lose him to the big screen, at least for a while. Fortunately his wife, Anna Faris, has a big new hit in CBS' "Mom," so TCA members will continue to have a Pratt connection, if only by association.