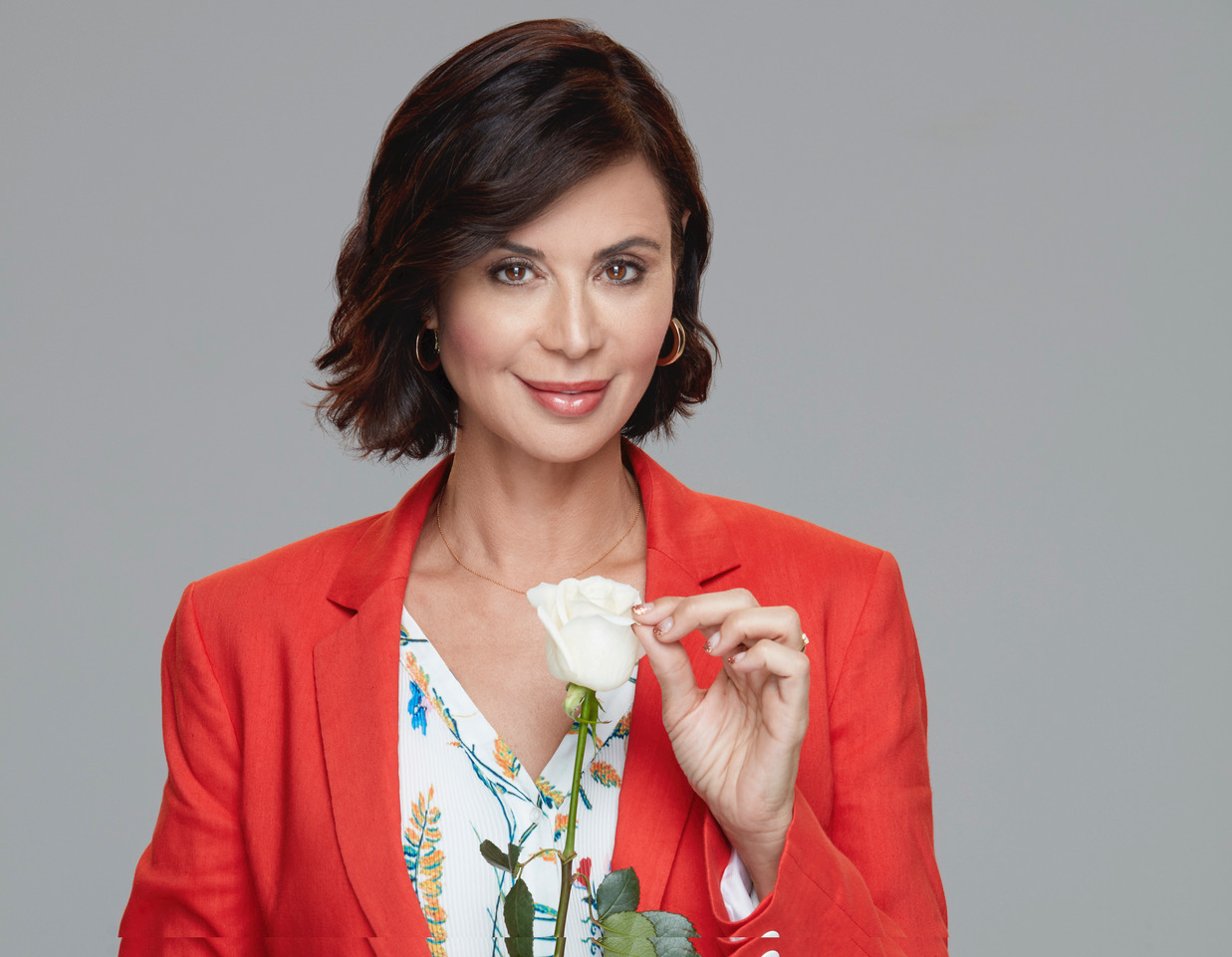 The world is on lockdown. Schools are closed, sporting events suspended, movie theaters shuttered (well, in most states anyway), and virtually every form of out-of-home entertainment and socializing prohibited. It's a small wonder Americans are spending more time than ever watching television. Under these extraordinary circumstances, people seem to predominantly want one (or both) of two things: information and escape. And with that, two very different genres of programming are winning in the ratings game. On one end of the spectrum, a desire to stay informed as this situation unfolds is driving a surge in viewership for cable and broadcast news. At the other end of the continuum, tried and true destinations for good-old fashioned feel-good programming are thriving. In this latter category, Hallmark Channel has risen to the top as one of the country's strongest performing networks. In fact, Hallmark Channel closed out First Quarter as the highest Household-rated entertainment cable network in Primetime, in addition to having a banner April, during which the channel ranked as the #2 most watched non-news network among Households and Women 18+ in Total Day.

That viewers are gravitating toward Hallmark Channel right now is no surprise to Crown Media Family Networks' EVP of Ad Sales & Digital Media, Ed Georger. "Inspiring hope and connecting people is who we are and what we do, so it makes sense that viewers are looking to Hallmark Channel for comfort during these times," he said. "No matter how you get your Hallmark – from our flagship networks to our digital platforms – we have created a unique universe that is powered by positivity and optimism." While the network's distinctive brand of comfort food programming is in high demand for viewers, it also has a halo effect for advertisers, says Georger.

"Our research shows that when people watch programming that allows them to escape and makes them feel good, they are significantly more inclined to respond favorably to the brands that are advertised within that environment," he said. "A Hallmark Channel study conducted in late 2019 identified five things people need from entertainment to escape: joy, inspiration, de-stressing, family focus, and nostalgia, all things our programming consistently delivers. As advertisers continue to create more commercials that speak to the world we are living in today, with themes of hope and gratitude, Hallmark Channel's programming and environment serves them well."

The network's content slate includes original romcom movies and long-running scripted series, including When Calls the Heart, which recently culminated a record-setting seventh season, and Good Witch. The channel also airs a daily lifestyle show, Home & Family. Undeniably, however, Hallmark Channel's biggest calling card is its highly popular annual programming event, Countdown to Christmas, which draws millions of viewers each year and consistently elevates the network to rank #1 in Fourth Quarter. In mid-March, as the severity of the pandemic and its impact on people's day to day lives began to set in, Michelle Vicary, Crown Media's EVP of programming & program publicity, decided to roll out two consecutive weekends of holiday movie marathons. While to many, this might seem an unconventional move, it was a no-brainer, according to Vicary.

"Very soon after the first stay-at-home orders were issued, people started hanging Christmas lights inside and outside their homes and posting pictures and videos on social media. It didn't take much for us to connect the dots – people were suddenly facing these very scary, uncertain circumstances, and they were seeking a little added cheer. So, we launched a marathon of our most popular holiday movies and called it 'We Need a Little Christmas,'" she said. "We had a feeling it would be well-received, but we were overwhelmed by the level of enthusiasm people expressed. Viewers sent notes and took to social media to send messages of thanks and to tell us that Hallmark Channel's holiday movies were, in fact, just what they needed. As a programmer, it's incredibly rewarding to get this kind of feedback and to know that we are bringing comfort to our viewers during these tough times."

Looking ahead to Fourth Quarter, Georger thinks this year's Countdown to Christmas will be more important than ever. "In spite of all the uncertainty right now, one thing we do know is that our viewers look forward to Hallmark Channel's Christmas movies all year long. This event helps them celebrate the season and connect with their loved ones," he said. While Crown Media made the decision early on to suspend their various productions to prevent the spread of COVID-19, Vicary says that as soon as things are back up and running the network's holiday movies are the top priority.

"Hallmark Channel's programming is anchored by seasonal movie franchises throughout the year, including June Weddings, Summer Nights, Fall Harvest. While we'd love to stick to our original production schedule, we simply won't be able to produce the same number of original movies this year, which means some of those franchises will take a hit," she said. "That said, we know how important holiday is to our viewers and we have every intention of making this year's 'Countdown to Christmas' offering bigger and better than ever." In the meantime, Vicary and her team see the production hiatus as a great opportunity to get creative.

"Three months ago, the idea of shutting down our productions would have been unimaginable. But it's amazing how this very unexpected turn of events became a catalyst for generating fresh ideas," she said. "There's that old saying that 'necessity is the mother of invention', which is so true. This situation forced us to change the way we think and explore totally different approaches to connecting with our viewers. And it's highly likely we will continue with some of these tactics when we come through this." Central to these efforts is Hallmark Channel's tight-knit family of talent, who are inviting viewers into their homes via social media for impromptu concerts, cooking demonstrations, work-out videos, DIY tips, and more.

"We're so lucky with our talent; they are genuinely passionate about our brand and take pride in working with Hallmark and being a part of our positive programming," said Vicary. "So, when we asked if they would help us engage our audience from their homes, they didn't miss a beat." In addition to entertaining viewers on social media, many of Hallmark Channel's top stars signed on to participate in a series of video spots in which they thank frontline heroes and send messages of solidarity and hope. 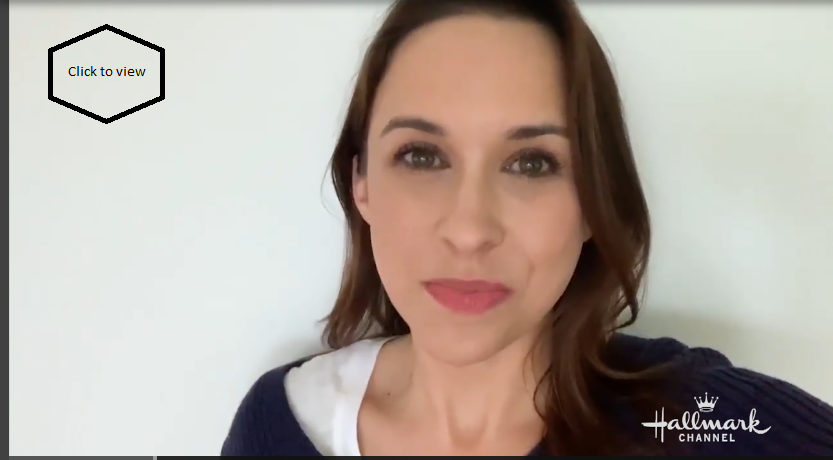 The spots rolled out on the heels of parent company Hallmark Cards' pledge to donate one million cards (they have since donated a total of four million), encouraging people to connect with loved ones in this time of social distancing. The giveaway was done in conjunction with Hallmark's ongoing campaign #CareEnough, a campaign Vicary immediately recognized as a natural fit to brand the network's video series. "When we were thinking through the execution of these videos and looking to create a fitting hashtag, we didn't have to look any further than Hallmark's #CareEnough," she said. "When it comes down to it, the secret to our success is the Hallmark brand, which for over a century has been dedicated to spreading kindness, forging togetherness, and helping people celebrate seasons, holidays, and all of life's special moments – big and small. We feel incredibly fortunate to have that brand as our North Star."

Summing up the Hallmark effect, Catherine Bell (pictured at top), star of Good Witch, which just kicked off Season Six, said, "People crave [Hallmark Channel]. People need an hour where they can sit down and know that everything's going to be OK. You're going to feel good at the end of it."