Hallmark Channel’s “When Calls the Heart” Continues Its Historic Growth 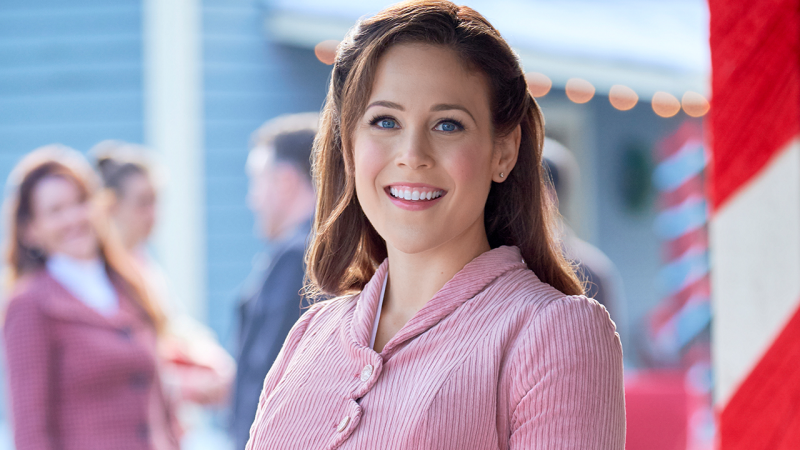 With over 3 million Live+3 total viewers (and 449,000 women 25-54), and even after five seasons, When Calls continues to be a dominant performer for Hallmark.  Those numbers helped elevate it to the highest-rated and most-watched cable network during weekend prime among households and total viewers.  The episode also became the highest-rated and most-watched When Calls the Heart season premiere in the series’ history among households, women 18-49 and total viewers.

The second episode, which was telecast March 4, continued that stellar performance. The episode again ranked as the No. 2 original scripted series of the week on cable, delivering a 2.9 household rating, and again drew over 3 million total viewers (and 463,000 women 25-54), making it the second highest-rated and most-watched program of the day among households and total viewers on a Live +3 basis for the second week in a row.

“When we launched When Calls the Heart in 2014 we knew we had something special, but we had no way of knowing that it would come to rank among the most successful scripted drama series on cable,” Michelle Vicary, Executive Vice President of Programming and Network Publicity told MediaVillage.  “Despite its notable achievements, including its longevity, consistent season-over-season growth, and an uncommonly passionate fan base, When Calls the Heart is often overlooked in favor of edgier series, many of which don’t perform nearly as well.

“When Calls the Heart’s Season 6 debut on February 24th became the show’s highest-rated and most-watched season premiere in its history, a remarkable feat for a show at this stage in its life,” Vicary continued.  “While there is undoubtedly an audience for darker, edgier content, there is also an enormous demand for shows like When Calls the Heart, which fill a void for the kind of positive storytelling that has become Hallmark Channel’s unique signature.  We’re off to a great start this season, and we hope this is the year that When Calls the Heart gets a level of recognition commensurate with its success and popularity.”

All of this has the beloved ensemble standing in good stead for a seventh season.  (Series star Erin Krakow is pictured at top.)  While fans eagerly await that announcement from Hallmark Channel, a spin-off, When Hope Calls, which will include appearances by some When Calls series regulars, is set to premiere in August on Hallmark’s streaming platform Hallmark Movies Now. 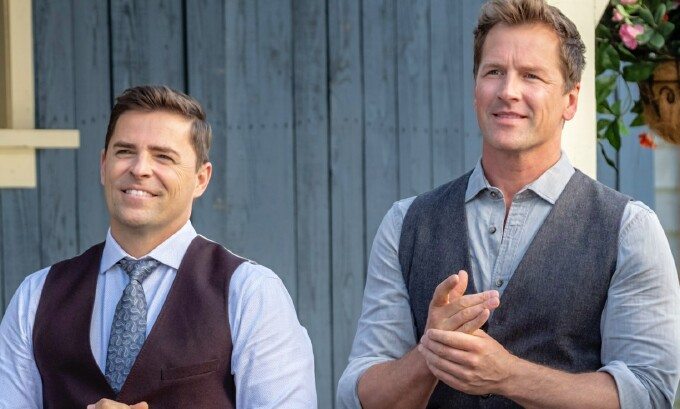 “The Hallmarkies and Hearties [as the network and series devotees are affectionately dubbed] can be voracious,” series regular Kavan Smith (pictured above, left) told MediaVillage recently during an exclusive interview.  “Hallmark fans will embrace you as long as you give them something real and honest, as they respond well to positive stuff.  I like that my kids can read my Twitter feed and it's affirming and reflective of the Hallmark product, bringing out the best of humanity and [a show] that's family friendly to watch.  It's been such a treat to be enveloped in the fandom the Hearties have for When Calls.  I'm having a great time and the fans respond to that.”

Smith’s thoughts are echoed by fellow series regular Paul Greene (above right), who joined the cast in Season 4.  “The Hearties are so amazing; I'm in awe of how many there are around the world,” he recently shared with MediaVillage.  “I mean the number of messages I get from Holland to Morocco ... even at my son's volleyball tournaments, I get people coming up to me telling me they watch the show.  I even had one guy call his wife on FaceTime, put his phone in my face and there were all these kids behind her.  He explained he had 12 children and she was pregnant with their 13th, and they were all big fans of the show.”

When Calls the Heartis telecast Sundays at 8 p.m. on Hallmark Channel.