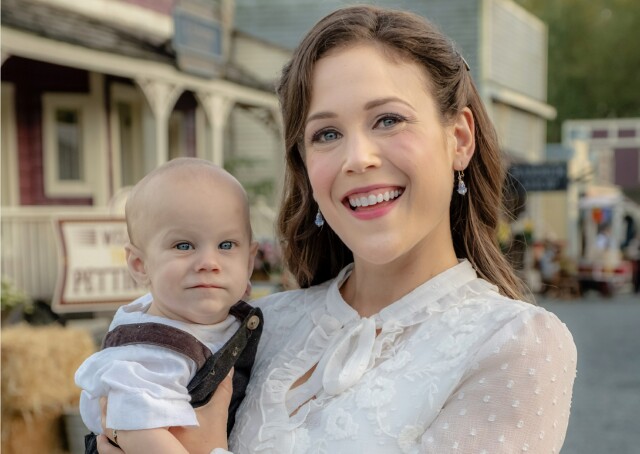 Even with its well-documented casting upheaval, Hallmark Channel's When Calls the Heart upheld the stellar ratings it garnered throughout its sixth season right until the season finale on June 2.  Devoted Hearties and Hallmarkies alike turned out in droves for the season ender, which averaged a 3.2 household rating, 3.3 million total viewers, and 449,000 women 25-54, making it the highest-rated and most-watched program of the day and week on ad-supported cable (excluding news) according to Nielsen.  Indeed, the season finalewas the highest-rated episode of When Calls since the series launched in 2013.  It currently has the distinction of being the second highest-rated and most watched scripted series across ad-supported cable in 2019 to date (topped only by The Walking Dead).

All this is good news for Hallmark Channel and fans of the series, many whom feared its fate may have been sealed following the network's difficult decision in March to part ways with longtime series lead Lori Loughlin.  When the series was given an abrupt hiatus, just three episodes into season six, fans immediately took to social media platforms, pleading that it not be canceled.  Hallmark listened, and after the "break" responded with an announcement on April 13 that a seventh season (sans Loughlin) had been ordered and will be telecast in 2020.  (Co-star Erin Krakow is pictured at top.)

“When Calls the Heart has enjoyed year-over-year rating’s growth, quite a feat for a show in its’ sixth season,” explained Executive Vice President, Programming and Network Publicity Michelle Vicary, in the announcement about the series return on May 5 and 6.  “It is one of the top-rated shows in cable, premiering in the No. 2 position on Sundays, television’s most competitive night.  The show’s themes of love, faith and community have resonated with millions upon millions of viewers, and we are delighted to deliver more uplifting, positive storytelling in season seven.”

The returning episodes of When Calls registered as the highest-rated and most-watched programs of the day on their respective airdates, which boosted Hallmark Channel to the No. 2 network on cable from Sunday through Monday during primetime (excluding news and sports).

“The results from the two-night (May 5 and 6) programming event demonstrated the enduring passion and commitment of the show’s fan base,” said Vicary of that triumphant return.  “Currently clocking in as the highest-rated scripted series across the cable spectrum, the show is truly a force to be reckoned with."

The May 5 return (episode No. 4 of the season) delivered a 3.0 household rating and ranked as the highest-rated and most-watched original scripted series of the week on ad-supported cable.  It is now the highest-ratedWhen Calls the Heart episode in series history.

“I love working for Hallmark Channel,” series star Erin Krakow told MediaVillage in an exclusive interview prior to the season seven announcement. “It’s a great home and family who are all there to support each other, and the network executives are all so kind and generous to us.  Season six was a great season to shoot, happy and positive, and I miss [my When Calls family] when we finish a season.  I can’t wait to get back to Hope Valley.”

Season six ranked as the second highest-rated and most-watched scripted series on ad-supported television in 2019, with the nine episodes compiling the series averaging a 2.9 household rating, 2.9 million total viewers and 400,000 women 25-54 (in overall season results).  All of this elevated Hallmark Channel to be the highest-rated and most-watched cable network in weekend primetime throughout the season's run, meaning Hearties can rest assured that their recurring visits to Hope Valley aren't going to end anytime soon.