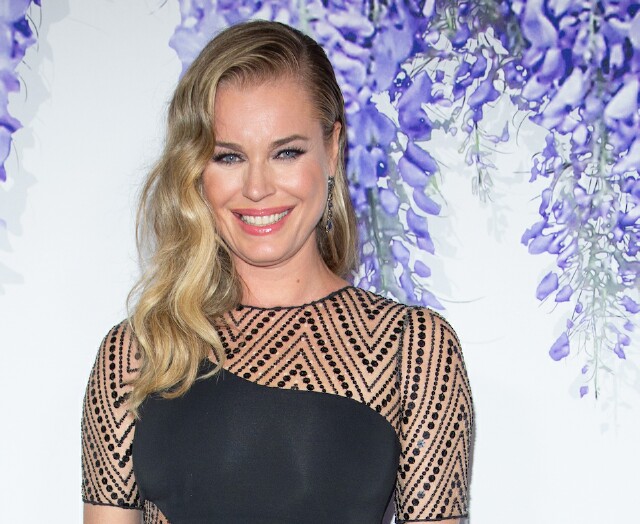 Beverly Hills, CA -- In its continued effort to empty pet shelters across America, Hallmark Channel has appointed Rebecca Romijn ambassador of its Adoption Ever After initiative. The announcement, made in a joint statement by Crown Media President and CEO Bill Abbott and Executive Vice President of Programming and Network Publicity Michelle Vicary was made at the company’s star-studded annual summer event for the Summer Television Critics Association tour last Thursday.

Hallmark has long been working to help pets in need, and thanks to their daily lifestyle show Home & Family and the efforts of its pet rescue expert Larissa Wohl, it has found forever homes for well over 600 needy animals.  Adoption Ever After is committed to educating the public about the rewards of pet adoption and inspiring viewers to open their homes and hearts to all shelter pets.  “I am so proud of this and thrilled to be the spokesperson for the initiative,” Romijn (pictured at top and below with husband Jerry O'Connell at the Crown Media TCA event) told MediaVillage exclusively after the announcement.  “Our goal is to empty the shelters and find homes for every animal.

“I’ve been involved in animal rescue for a long time,” she continued. “It's a cause very close to my heart as we have so many dogs and cats, all rescues.  Jerry calls it an adoption problem, while I call it and adoption solution.  It's something very close to me so it's perfect.  We also foster dogs till we find homes for them.” 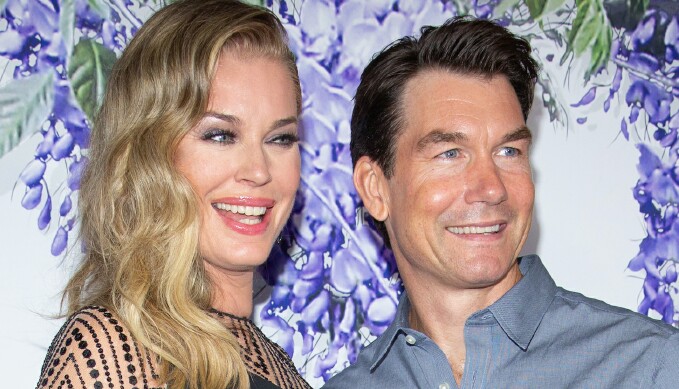 Romijn’s association with Hallmark began when she and husband O’Connell starred in the movie Love Locks.  She then went on to host the network’s American Rescue Dog show.  “My good friend Michael Levitt, who is also a huge rescuer and an amazing producer, was producing that show,” she said.  “He asked if I would participate, so I was like, sure!  Jerry and I already had the relationship with Hallmark, so it all made sense.  I knew Hallmark had been looking for a cause to get behind so it all crystalized this last year with all of us and the timing was right.

“We've actually been a part of the Hallmark family for a while,” she added.  “We shot Love Locks in Paris and it was incredible.  We had such a great experience!  Jerry and I had worked together quite a bit, but that was our first live-action movie and we made it through without getting divorced and shockingly we still like each other after being married for 11 years and being together for over 15.”

As a part of her ambassador duties, Romijn also hopes to effect change.  “One of the things Bill Abbott mentioned early on was this legislature in Washington that we are interested in overturning,” she revealed.  “It has to do with soldiers and their canine partners.  When they come back from overseas, the canines are left behind as they are considered military equipment.  So on top of all else, a soldier returns with PTSD and now he has to leave his partner back there overseas.

“I don't know if I'll get political,” she continued.  “But it's something we'd like to try and work on.  Working for Hallmark is all about heart and soul and the scripted programming that tugs at your heartstrings, with real-life issues that also tug at your heartstrings.”

Romijn is looking forward to spreading the initiative’s word via Home & Family and a host of other Crown Media platforms.  She’s also hoping her own rescue dogs and cats will get to tag along for the experience and speak for themselves.  “Being involved in rescue and fostering, there's always a conversation about another dog,” she laughed.  “For me, it's a conversation opener; for Jerry it's a conversation ender.  But now I get to bring my work home with me!  I love Hallmark for bringing that cause to the forefront and am thrilled that they are letting me participate.  It's a passion.”