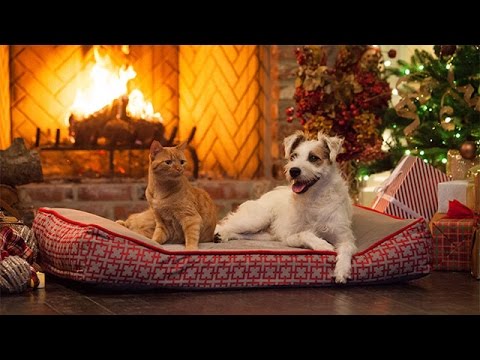 Starting today and continuing through the end of the year I’m going to count down the Top 25 shows of 2016, building up to No. 1, aka the Program of the Year. By December 31 my choices will comprise a list unlike any other you will see among the many year-end honor rolls that will flood the media during the next two weeks. That’s because, in my opinion, a program doesn’t have to turn up on the Ten Best lists of the top critics in order to have special value or be the best of its kind.

To prove my point, I’ve chosen to begin the list, which runs in reverse order, with A Happy Yule Log, the video that ran all of Thanksgiving Day on Hallmark Movies & Mysteries. Sometimes the simple pleasures are the best, even on television! Classic holiday songs played as kittens and puppies frolicked in front of a roaring fire in a room decked out for the beginning of the Christmas season. (That's last year's Hallmark holiday video above.)

If kittens, puppies, holiday songs and a cozy fire can’t warm you up, you must have “ice water in your veins,” as Lou Grant used to say. For that matter, if the cavalcade of original Christmas movies that run on Hallmark Channel and Hallmark Movies & Mysteries at this time of year don't put you in the holiday mood that ice water must have frozen. (I especially liked the recent Broadcasting Christmas, which ran on Thanksgiving Eve and starred Melissa Joan Hart and Dean Cain, because it was filmed right here in Bridgeport, Conn.) 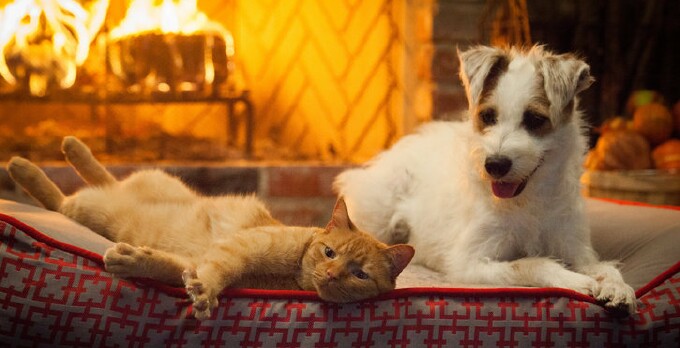 I’ll confess, I didn’t watch the kittens and puppies all day long. I had places to go and people to see. Apparently I missed guest appearances by Hallmark’s “pet ambassadors” Happy the Cat and Happy the Dog (pictured above), a lucky feline and canine who, according to Hallmark’s web site, were adopted last year by Crown Media Family Networks’ President and CEO Bill Abbott!  They debuted in last year's Hallmark yuletide video (as pictured above) and they’ll be back this Christmas for more music in front of the fire.

Speaking of the holiday yule log, does anyone remember the original that ran on WPIX in the New York market on Christmas Eves back in the ‘60s and ‘70s? It was actually three minutes of footage running on a continuous loop (which would explain why the log never burned away).