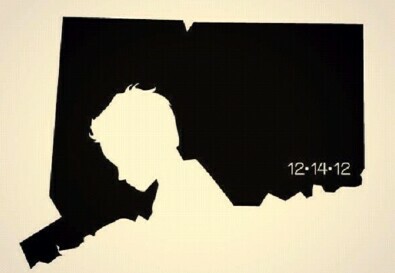 Sunday will mark the two-year anniversary of one of the most horrific acts of violence in modern American history – the mass murder of twenty children and six adults at Sandy Hook Elementary School in bucolic Newtown, Connecticut.

With it come all manner of disturbing questions. Will the media once again descend on this otherwise quiet little town and re-open wounds left by that terrible day? Or will this anniversary go largely under-reported despite the still-urgent issue at its center, buried under the current and very oppressive news stories of late 2014? Which would be worse?

Coverage and commentary of this sad occasion will likely fall somewhere in between, even if concerns about gun control and public safety, especially in schools and places where children and families congregate, can never be overstated.

Consider: Just a few days ago on “CBS News Sunday Morning” we learned that there have been almost 100 school shootings since Sandy Hook. Other media are also reporting this shocking statistic.

This brings to mind more disturbing questions. Can it be true that gun violence has occurred at almost 100 schools in less than two years? Were these subsequent shootings covered by the media? Why don’t any of them come immediately to mind? What does the mainstream media and the federal government have to say about this?

Sandy Hook wasn’t the first “high-profile” school shooting – they were almost commonplace in the Nineties, even before Columbine. But wasn’t the horror in Newtown supposed to be the proverbial “last straw”?

Last year, as the first anniversary of the shootings approached, if you had taken a stroll through the center of Sandy Hook you would have noticed dozens of signs printed in big red letters posted around town, all issuing the same warning: “No Media. Police take notice.” These signs were the work of residents who were determined to avoid the kind of extended media invasion that compounded their grief in December 2012. (As of this writing, on December 12, 2014, friends of mine in Sandy Hook have not noticed any such signage.)

I live in southern Connecticut, far enough from Sandy Hook not to consider it a neighboring town but close enough to have friends who live and work there. Some of them have loved ones who were teachers or students at Sandy Hook Elementary School at the time of the massacre.

My primary memories of December 14, 2012 involve watching hours of breaking news coverage on broadcast and cable news channels from the area surrounding Sandy Hook – most of it inaccurate until much later in the day, when the actual details of what had happened were properly reported.

At the time the media’s immediate handling of the story seemed unforgivably insensitive, especially in the matter of the murders of so many children. In hindsight I tend to think that I may have judged everyone too harshly; after all, the terrible events about which they were reporting were the stuff of unthinkable madness and confusion, much like the hell of 9/11. Still, I remember feeling decidedly ill-informed for much of that day, despite all the TV I watched and all the Web sites I visited.

On the night of December 14 I met friends at a local pub, ostensibly to “hang out.” Thinking back I realize that I wanted to get away from the media and be around people and talk about what had happened. The pub was filled with folks who wanted the same things. They wanted face-to-face contact rather than whatever distant comforts social media can provide.

The haunting image at the top of this column was circulated through the pub that night via smartphones. I don’t know who received it first, but throughout the night almost everybody in there saw it on someone else’s phone and asked for a copy. (I guess we didn’t really get away from the media, social or otherwise, after all.) I don’t know the origin of the image, but two years later it still says more than any words or video can express. It didn’t provide much comfort that night, but the cumulative interaction with friends and caring strangers certainly did.