HBO at TCA: Is There Too Much Violence Against Women on Premium Cable? 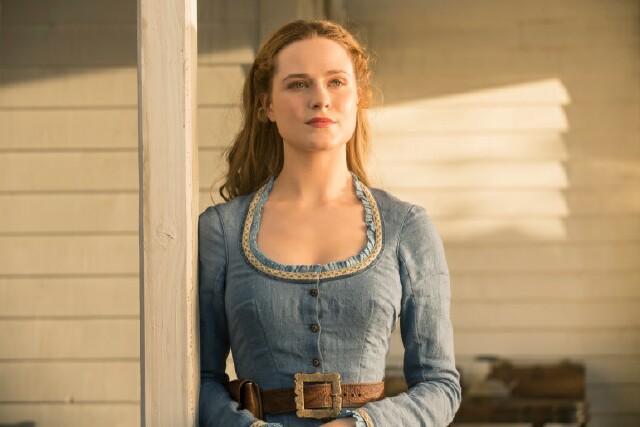 Beverly Hills, CA – There’s nothing quite like being new to an executive position at a network or programming service and having to face members of the Television Critics Association at one of their twice yearly tours. But when that first session turns into a trial by fire about sex, violence and brutality against women, it is something else entirely. That was the situation HBO’s new President of Programming Casey Bloys found himself in on Saturday, when he kicked off a three-hour block of press conferences that generated significant interest in three upcoming original series – “Divorce,” “Insecure” and “Westworld.” (The critics’ respective assessments: “Don’t know.” “Don’t miss it.” “Don’t bet on it.”) It was the only time that a combustive television-related issue of any kind came up during the first week of the tour. (Evan Rachel Wood is pictured above in a scene from “Westworld.”)

Significantly, press tour newcomer Bloys handled the confrontation with grace and style, even when it escalated, which isn’t always the case with executives at TCAs when critics turn up the heat. The contretemps began with a question about the first episodes of eight-part limited series The Night Of, currently one of the most buzzed about shows of the summer, and Westworld, a reimagined, sexed-up adaptation of the 1973 science-fiction western about killer robots that now explores the moral and physical issues consequences that develop with the exploitation of artificial intelligence, set for a fall debut.

“Do you worry that HBO in particular or premium cable in general is relying heavily on sexual and sexualized violence against women [for] scene-setting and stakes creation?” one critic asked, referring to the unfortunate fates of females in the opening of both shows.

The critic didn’t mention the ultra-violence that pulses through HBO’s current signature series Game of Thrones. To his credit, when answering the question Bloys did.

“I’d like to not think so,” he said of using violence to set narrative tones. “I know Game of Thrones has come up before, and I can tell you in Westworld, its violence is [directed toward] everybody -- it’s not just specific to women; it’s men and women. It’s kind of indiscriminate.”

Not letting up, the critic replied, “So, do you think it’s more that indiscriminate violence is used as the stake-setting in world building?”

“I think it’s violence, in general,” Bloys admitted. “I guess my point is I don’t know that it’s specific to women. Plenty of men are killed as well.”

Moments later another critic joined in. “I think why we are asking is that it’s not about indiscriminate killing,” the critic said. “There seems to be specifically directed sexualized violence towards women as a story tool in these series.”

“So what you’re saying is that eventually we’re going to see the same kind of violence [directed toward men], specifically rape?” the critic continued.

Another critic seized the opportunity to note that while many women are raped in premium cable shows, “we’re not seeing that happen to men.” Once criticism about this started to “mount against Game of Thrones,” the critic continued, rape was seemingly depicted less often.  “They would imply the violence, but they wouldn’t actually show it on screen. What we saw in the Westworld pilot was [the implication] that one of the [android women] was going to be raped by a human.

“We don’t see that happen to men,” the critic scolded.

“No, you haven’t seen men being raped,” Bloys agreed, noting that men are victims of violence in shows. “In Game of Thrones, for example, men are castrated. I think in the eighth or ninth episode, a guy is fed a cake made with his sons. The violence is pretty extreme on all fronts. I take your point, that so far there have not been any male rapes. But, again, I guess my point is the violence is kind of spread equally.”

“Many critics are concerned that these shows seem to normalize that, and make it a part of the story process,” the critic continued. “And we’re wondering, are you responding to this criticism by just depicting it less when these things happen? Do you think about that at all? I’m particularly interested if you thought about it in terms of that scene in the Westworld pilot?

“The point in Westworld is they’re robots,” Bloys said. “How do you treat a robot with humanlike qualities? Is that reflective of how you would treat a human?  It’s a little bit different than Game of Thrones, where it is human-on-human violence. Is it something we think about? Yes. I think the criticism is valid. I think it’s something that people take into account. It’s not something we want to highlight or are trying to highlight.”

Another critic steered the conversation toward HBO’s current hot show, The Night Of. “I really did enjoy [it],” the critic began, “but I was disappointed to see, not just on a human level, but also a creative level, the beautiful woman lying in her deathbed, stabbed many times, and blood everywhere.

“Do the writers really come up with these things?” the critic continued. “Are there notes from the network saying, ‘Hey, maybe we could make it … something more interesting? Maybe a guy, like a hot guy, stabbed to death?' It just seems that [killing women] is a very easy ‘go to.’ I’m wondering if the network sends notes [about it] and then the writers make a plea as to why [violence against women] is important for the show, the story. Is it just that the room is filled with men, and they’re kind of stuck in a different time?”

What could Bloys say to that? On The Night Of, he noted “one of the executive producers, Jane Tranter is a woman, so they’re not unrepresented. It was based on [the British drama] Criminal Justice, which I think followed roughly the same story.”