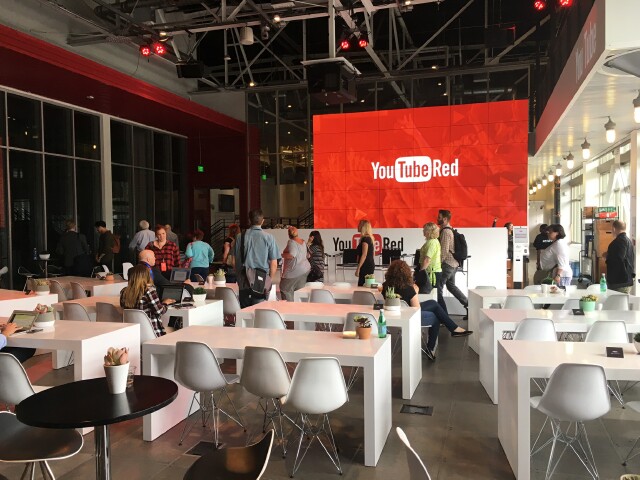 Beverly Hills, CA -- Streaming services and other non-traditional content providers continue to expand their presence at the twice-yearly Television Critics Association tours. The current Summer 2016 TCA event has been the biggest and best showcase for their collective efforts to date. It all began almost two weeks ago with Netflix, which kicked off the tour with a full day of panels – including one for “Stranger Things,” which became and has remained the most talked-about series out of hundreds presented to critics and reporters here.  In the weeks that followed, we have had an afternoon of press conferences with the stars of many Hulu series, a morning at YouTubeSpaceLA (where we heard all about the many ways in which YouTube is stomping all over virtually every other video content platform, especially television networks), evening soirees with executives and talent from DirecTV/AT&T and Crackle, and a day of Amazon sessions that proved to be as lively and productive as any other. It is amazing how quickly Netflix and Amazon have become dominant participants at TCA tours, dwarfing even the once-mighty tour titans HBO and Showtime and rivaling NBC, ABC, CBS and Fox for the attention of the many critics and reporters in attendance.

The YouTube event was particularly interesting, since so much of what it is doing and the way it operates seems in every way very far removed from what is understood to be television content and production.  And yet, like so many other video services, it seems to want to capitalize on its success as a home for billions of viewer-made videos by developing projects that are similar to television shows, much of them for YouTube’s pay service YouTubeRed.  Global Head of Original Content Susanne Daniels (formerly of The WB, The CW, Lifetime and MTV) excitedly announced upcoming projects including a series adaptation of the Step Up movies made in partnership with Lionsgate and executive produced by Channing Tatum, Jenna Dewan Tatum and Adam Shankman. Panels presented at the YouTube facility included one for a new Morgan Spurlock documentary about YouTube stars titled Vlogumentary and a comedy series titled Single by 30 from New Form Digital, a company founded by Ron Howard and Brian Grazer.

There are also a number of series in development for YouTubeRed starring home-grown YouTube stars, or YouTubers as they are known. 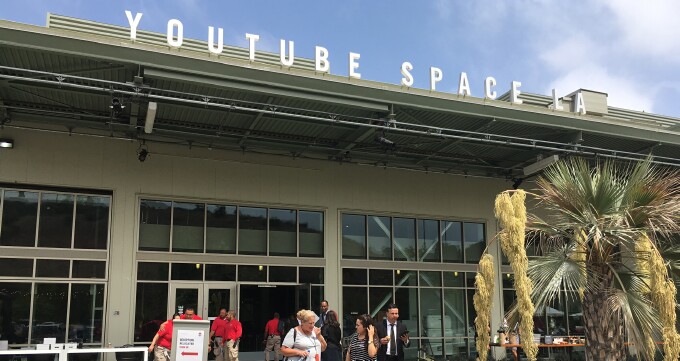 I wasn’t familiar with a number of the YouTube programs or personalities who attended the presentation, or were talked about by Daniels, but I texted my 21-year-old goddaughter throughout various sessions, and she was as excited to hear that I was in the same room as Rhett McLaughlin and Link Neal, hosts of the daily YouTube talk show Good Mythical Morning as she used to be when I texted her from the sets of Glee and How I Met Your Mother.

Plainly, it won’t be long before YouTubeRed has an official block of time during TCA tours.  Reporters and editors desperate to age down their readership – which is pretty much all of the reporters and editors involved with TCA – would be well advised to pay attention.

By contrast, the programs presented at the Hulu panels in the afternoon following the morning excursion to YouTube felt in every way like television as we know it. (Only the platform is different.) There were sessions with for The Mindy Project, which will return for a second season on Hulu; Triumph’s Summer Election Special 2016, featuring the bile-spewing canine and his human enabler, Robert Smigel; Shut Eye, a dark comedy-drama about storefront psychics starring Jeffrey Donovan and Kadee Strickland, and Chance, an adult psychological thriller about a forensic neuropsychiatrist starring Hugh Laurie. Mindy Kaling, incidentally, has proven to be an excellent ambassador for Hulu, still commanding great attention at TCA tours and elsewhere when she appears on behalf of her show. 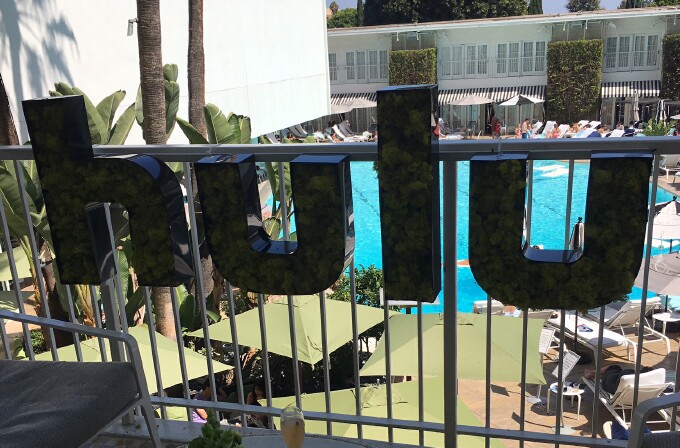 In addition to presenting panels on Friday afternoon, Hulu took over the International Terrace overlooking the Beverly Hilton pool and the adjacent indoor area on Saturday afternoon and converted it into a full service spa for bone-weary critics, offering massages, manicures, make-up applications and hair treatments (the latter very much appreciated by female TCA members who attended the annual TCA Awards a few hours later). This was a nice gesture (a grand one, in fact) that certainly kept the network top of mind (visually, anyway, as seen in the photo above); but Hulu might have benefited more by having personalities from some of its lesser-known programs in attendance. The spa experience did provide a welcome opportunity to spend time getting to know members of the Hulu publicity team.

Interestingly, DirecTV/AT&T also offered spa treatments to TCA members (including old-fashioned straight razor shaves for the men) during its party Friday night in the Hilton’s penthouse.  (Apparently the alternate content platforms have noticed how wiped out critics look after a week or two of non-stop TCA action.) The DirecTV/AT&T event offered opportunities for critics to talk with stars and producers from a number of its Audience network series, including Kingdom, You Me Her and Undeniable with Joe Buck.

Like Netflix before it, Amazon offered a dynamite day full of panels for shows that command the attention of the critics. (There were no crickets in any of them, a problem that plagues many sessions for limited interest reality programs on cable networks and unremarkable new comedies and dramas on the broadcast networks.)  They included sessions for such returning shows as critical and multiple award-winning hit Transparent; the Golden Globe-winning Mozart in the Jungle; The Man in the High Castle (which made my Best of 2015 list and, Amazon Studios chief Roy Price tells me, is the service’s most-watched original series); comedy-drama Red Oaks, and new series Good Girls Revolt (with Anna Camp); Goliath (from David E. Kelley, starring Billy Bob Thornton) and One Mississippi(a semi-autobiographical “traumedy” created by and starring comedian Tig Notaro). Anticipation among the press for all of these shows is very high.

Amazon also showed clips from the upcoming comedy series Crisis in Six Scenes, created by and starring Woody Allen. Miley Cyrus co-stars. There was not a panel for the show, even though it is set to premiere in less than two months, on September 30.

At the end of Amazon’s day Crackle hosted a poolside cocktail party for members of the TCA and the Hollywood Foreign Press Association with the cast of its upcoming series StartUp.  It was a modest event compared to the others, but it kept Crackle, a semi-regular presenter at TCA tours, in the conversation.