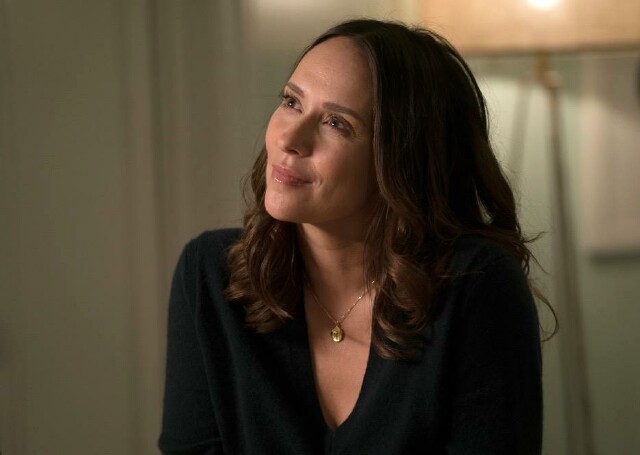 When Fox’s breakout hit 9-1-1 returns this weekend Jennifer Love Hewitt will be donning the headset vacated by Connie Britton at the end of season one, playing new emergency operator Maddie Buckley, the sister of firefighter Evan “Buck” Buckley (Oliver Stark, interviewed here).  It’s almost 20 years since Hewitt has had a recurring role on a Fox series – her last was in the Party of Five spin-off Time of Your Life (which found her PoF character Sarah Reeves trying to make it on her own in New York).  She’s thrilled to be back.  “I'm really excited to be back at Fox,” Hewitt recently told MediaVillage while promoting 9-1-1.  “It's been a part of what has made this so heartwarming for me.  Fox really started my career with Party of Five.  It was a beautiful place to be then and it’s a beautiful place to be now.

“I just feel really grateful, she continued.  “When we were at [the Fox] Upfront I got to look around and see so many faces that I hadn't seen in forever.  They were still so incredibly welcoming and kind, even though older.  I was afraid half of them wouldn't even recognize me.  But it was really nice, and it's great to be back.”

Jennifer described Maddie as “complicated” and said she is looking forward to exploring the many facets of her new character.  “I know she was in a very tumultuous and abusive relationship,” she revealed.  “[So] she kind of came to her brother [Buck] for the first time, to tell the truth and be open about where she is.  She's really finding herself as a 9-1-1 operator, but she's also hiding out.  We’ll learn a lot more about her as the season progresses.

“Maddie has a great relationship with her brother,” she continued.  “It's a lot like Oliver (Stark) and me; we love to give each other trouble and the love is there and the kindness is there.  I think it's hard for the Buck character to not want to just protect her, but she's his older sister, so it's about finding her a safe place and dealing with the rest later.” 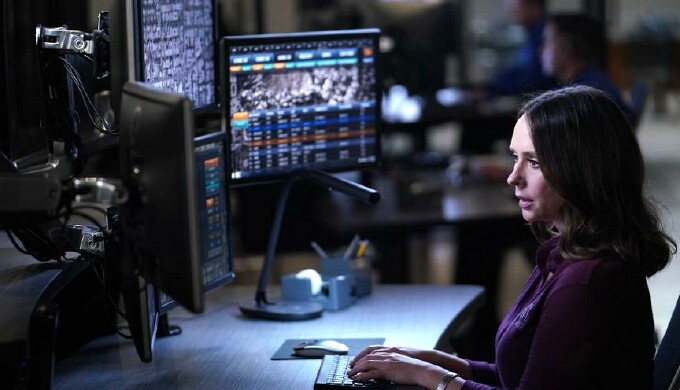 Like her character, Hewitt has sort of been in hiding since becoming a mom for the second time in 2015.  Her last recurring role was in 2014 as Agent Kate Callahan on CBS’ Criminal Minds.  (Before that she had a long run on CBS’ Ghost Whisperer.)  “The mom experience has been beautiful,” she said.  “It was my first really long break in almost 29 years and I really needed it.  I needed to be a person for a while and have new things to bring back to my craft and I feel I've done that now.

“It was important to me to have children and be there for them,” she added.  “I feel I’ve been able to do that also, and now they are these beautiful little fully functioning people and that's great.”

However, she’s quick to admit the adjustment to becoming a working mother has been tough.  “It's been much harder on me than my kids,” she revealed.  “My kids are like, ‘Great, we can get craft services and get to play with cool toys!  Awesome!’”

Hewitt’s ‘90s fan base from projects like PoF, its spin-off, and the now classic I Know What You Did Last Summer and Can’t Hardly Wait films has matured.  The fact she’s been afforded career longevity in such a tough business is something not lost on her.

“Any time people recognize you for being around for a long time it’s really nice,” she reflected.  “As actors, the instinct is … ‘How long am I actually going to get to do this and actually be here?’  This is my 30th year as an actor and every time we finish, I'm asking, ‘Did I do okay?  I think you never quite get over that.  So being recognized from another time, [like] the ‘90s, which was such an awesome time, and having people appreciate you in that way, is lovely.

“I feel [now] I'm in a much more honest place, which is great because I’ve figured myself out little bit,” she added.  “I'm going to be 40 in February and you just kind of get there and then go, ‘Oh, that's who I am?’  You don't have to run around trying to figure it out anymore.”

The two-part season premiere of 9-1-1 begins on Sunday, September 23 following the NFL Game of the Week and continues September 24 at 9 p.m. on Fox.