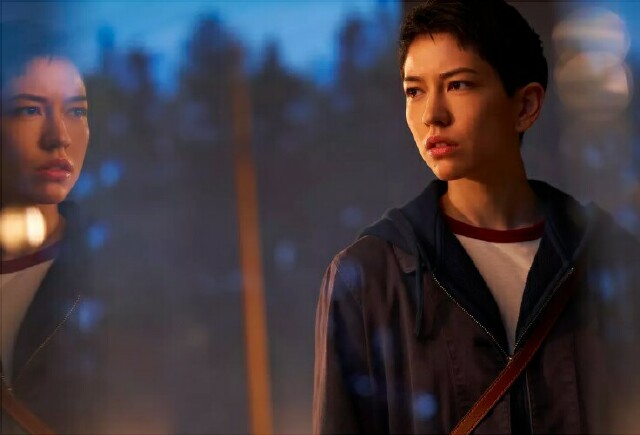 The arrival on Monday of FX on Hulu marks yet another development in the ever-shifting, perpetually redefined television experience.  Like the upcoming HBO Max, it’s something new that impacts something old and might leave consumers puzzled, or at least remind them that we are currently all on a learning curve powered by TV technology and corporate expansion.

Unlike HBO Max, FX on Hulu is not a service all its own; it is, instead, a subset of Hulu and/or an expansion of the FX Networks brand, or both, depending on your point of view.  Confusing?  Not really, but it is yet another thing for people to familiarize themselves with in the months ahead.  Loyal FX viewers who do not have Hulu may not be pleased, in that certain shows they may hear about (such as the upcoming limited series Devs and Mrs. America, both designated as FX on Hulu exclusives) will not be readily available to them, but that’s life in the digital age.

Meeting with reporters at the Winter Television Critics Association tour a few weeks ago, FX Networks chairman John Landgraf noted, “Anytime you introduce a new product into the marketplace, you have some explaining and educating to do.  But I’m confident that consumers, Hulu subscribers and the media will quickly gain a clear understanding of FX on Hulu, because it really is not that complicated.

“FX on Hulu will exist as a branded hub on the Hulu platform,” he continued.  “We see this as a transformative opportunity for the FX brand, our shows and our talent, and we hope it will be of great benefit to our partner Hulu and their almost 30 million subscribers.  From this point forward, Hulu will be the most comprehensive streaming service for future, current and library FX original programs.  I have no doubt that both of our brands together, the Hulu Originals brand and the FX Originals brand, will make Hulu a stronger platform than either of them could be alone.

“Without launching FX on Hulu in addition to maintaining our existing channels, we could not continue to grow our brand and take enough quality swings to remain relevant to consumers in the streaming era,” he later added.

The FX on Hulu hub will house all FX on Hulu exclusives.  Those include the upcoming shows Devs (pictured at top, premiering March 5), Mrs. America (April 15), A Teacher (summer) and The Old Man (fall).  It also will be an archive for such ongoing FX and FXX series as American Horror Story, Better Things, Atlanta, Mayans M.C., Snowfall, Archer and It’s Always Sunny in Philadelphia and FX classics including The Shield, Rescue Me, Damages, JustifiedandSons of Anarchy.

“All told, there will be more than 40 shows, so nearly the entire FX brand will be available in one place for Hulu’s streaming consumers,” Landgraf said.

Going forward, new shows on FX and FXX will quickly hop to FX on Hulu.  (This is not unlike what NBC does with most of its primetime series, as noted in the network’s on-air graphics, which invite viewers to watch new episodes on the network and/or stream them the following day on nbc.com.)  It kicks off on Monday, when the new FX comedy Breeders premieres on March 2 with two episodes.  They both will be available on FX on Hulu the next day.  (A new episode will debut each week on FX and then start streaming on FX on Hulu the following day.)  March 4 is also the date for the season four premiere of the acclaimed FX comedy Better Things, again with two episodes.  They will both be available on FX on Hulu on March 5.

Over on FXX, the new comedy Dave debuts on March 4 with two episodes, and they will move to FX on Hulu the next day.  Season 2 of the FXX sketch comedy Cake will also premiere March 4 and be available March 5 on FX on Hulu.  Finally (for now), all four episodes of the new documentary series The Most Dangerous Animal of All will debut on FX on March 6 and will be available the next day on FX on Hulu.

Another round of premieres on FX, FXX and FX on Hulu is set to begin in a few weeks.  April 15 will see the premieres of the first two episodes of the second season of the FX comedy What We Do in the Shadows, which will start streaming on FX on Hulu the next day.  The fourth installment of the limited series franchise Fargo kicks off on FX on April 19, then moves on to FX on Hulu.  Over on FXX, Season 11 of Archer will begin on May 6, then start streaming on FX on Hulu.

“This is a great opportunity for FX’s shows to reach many viewers who are not subscribers to the multi-channel ecosystem but are streamers,” Landgraf noted.  “In our past experiences with shows like Legion and A Christmas Carol, which aired in their first window both on FX and on Hulu, viewing on Hulu has not meaningfully decreased the linear viewing of programs on the FX channels.  Rather, exhibiting on both platforms has simply grown the overall audience for our shows.  MVPDs will continue to be an incredibly important component of our business, and FX on Hulu does not take away from that.”