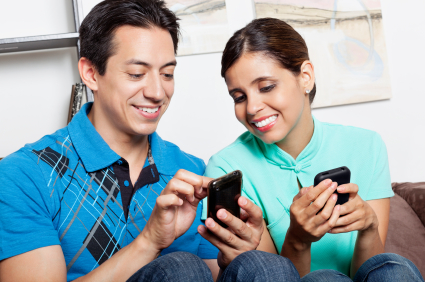 Over the past year Spanish language stations have flexed their muscle as ratings and advertising spend soar, in stark contrast to their counterparts in the rest of the market. Their growing and loyal audience is now commanding serious attention from advertisers and there is real potential that the gap between audience size and share of the ad spend market will begin to align.

Prime time has been a happy hunting ground for the two largest Hispanic networks, Telemundo and Univision. Whilst the major English language networks faced challenges through the last broadcast year, these two networks both enjoyed solid double-digit growth off the back of exceptional ratings performance.

Advertisers are starting to take more notice of this consistent ratings growth and the increased spending power of this crucial group of consumers. Leading the charge into this sector has been the automotive industry which has ramped up its spend by more than +40% over the past year, while only increasing spend to the English language networks by +3%.

The start of 2015 has seen a continuation of the great performance from the major Hispanic networks. The broadcast TV market in January was off -6% on a year-on-year basis while Telemundo and Univision grew by more than +23%. Our February data will be released in the coming days and we expect to see strong single-digit increases from both these networks as continued softness impacts the broader market on account of weak retail sales, as an example, really impacting the scatter market.

Despite these great results for the Hispanic networks, there is still a sizeable gap between ad spend and viewership when compared with the general market. In 2014, the largest Spanish-language station, Univision, held a 16% share of the coveted 18-to-49-year-old audience amongst the top five broadcast networks but it garnered just a 7% share of total ad spend, based on SMI’s numbers from the major media buying groups. Interestingly, the English language broadcasters all attracted a higher percentage share of ad spend than their relative share of audience.

The Hispanic networks have exploded from the shadows and are now giving their English language competitors a serious run for their money. We see in our data that advertisers, while lagging in their appreciation for the growing power of this audience, are finding a new, young and engaged group of viewers that will increasingly play a vital role in consumer spending in this country.