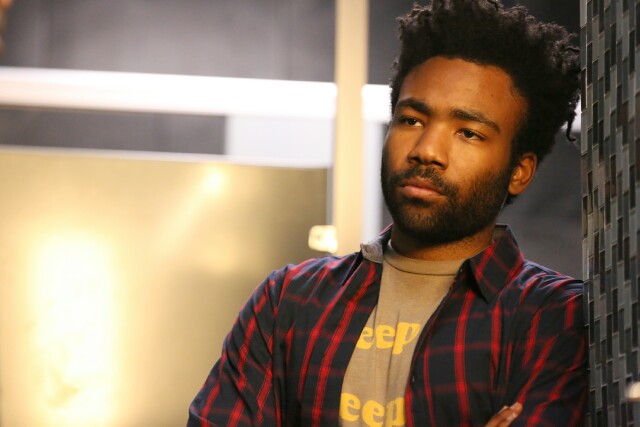 This past Sunday night, the crème de la crème of the TV world congregated at Microsoft Theater in L.A. to publicly celebrate each other’s work, make unnecessarily long award speeches and give themselves some (arguably) well-deserved pats on the back.  The festivities this year were approximately 50% business as usual and 50% pleasantly surprising, but either way, it was 100% entertaining.  As an added bonus, it was a monumental night for black entertainers.  So, here’s a quick rundown of the 69th Annual Emmy Awards.

Late night host Stephen Colbert opened the show with a pretty dope musical number, but still managed to be eclipsed by the amazing protest-positive rap verse interjected by hip-hop super talent Chance the Rapper.  In a nutshell, Chance’s rap pushed the idea of taking action in the real world, as opposed to solely championing causes on social media. Afterwards, Colbert went on to stun both the star-studded crowd and presumably viewers at home by bringing out no one’s favorite White House Press Secretary Sean Spicer as a punchline to a joke in his opening monologue.  Spicey’s WTF appearance came off more humorous than it was startling (by a hair), but it ultimately erred on the side of funny when Colbert ended the bit by calling the Spiceman “Melissa McCarthy.”  (McCarthy one week earlier won an Emmy for her scathing portrayal of him last season on Saturday Night Live).  To his credit, Colbert absolutely made the most of every on screen minute with a seasoned swag that seemed effortless.

As a young critic of color, I'm happy to say that the most notable (and now historic) moments of the night belonged to some of the industry’s most criminally under-represented communities.  Atlanta’s Donald Glover (pictured at top) and Master of None’s Lena Waithe were the real headlines, but that does not in any way make light of the wins earned by Sterling K. Brown, Riz Ahmed, Julia Louis-Dreyfus and Reed Morano.

The ever-gracious Glover is the first black recipient of the Outstanding Lead Actor in a Comedy Series award since Robert Guillaume for Benson in 1985, an amazing achievement surpassed only by his win for Outstanding Directing for a Comedy Series -- an award for which he’s the first black recipient ever.  During his acceptance speech Glover actually thanked the current POTUS by saying, “I want to thank Trump for making black people No. 1 on the most oppressed list. He’s probably the reason I’m up here.”

Lena Waithe (who shared her win with fellow Master of None writer Aziz Ansari) is the first ever black woman to win the Emmy for Outstanding Writing for a Comedy Series.  After a well-deserved standing ovation, Waithe shouted out the LGBTIA community (of which she’s a member).  “I see each and every one of you,” she said.  “The things that make us different, those are our superpowers.  The world would not be as beautiful as it is without us in it.”

Besides my being a huge fan of both Master of None and everything that Glover’s ever done, these wins meant a lot to me as member of both the black and Latino communities.  I think its human nature to revel in the victories of people with whom one shares similarities, and I’m not ashamed to say that I love seeing black people win.  Obviously, to say that the industry’s had a difficult time properly representing people of color on TV would be an understatement, and that’s because for far too long said people weren’t involved in the production of these depictions.  Atlanta and Master of None are both prime examples of what happens when this trend is upended, and it was a vicariously victorious moment to see the two trailblazers responsible recognized in front of the entire world.

Riz Ahmed broke ground as the first South Asian man to win the award for Outstanding Lead Actor in a Limited Series or Movie due to his stellar performance in The Night Of.  Julia Louis-Dreyfus also blazed a trail by winning Outstanding Lead Actress in a Comedy Series for her role in Veep -- making her the record holder for most consecutive wins and most Emmys won for the same role in the same series.  (This was her sixth Emmy).

Another win for the ladies is credited to Reed Morano, the first woman to win Outstanding Directing for a Drama Series since Mimi Leder’s win for ER in 1995. This was just one of the Emmys taken home by The Handmaid’s Tale, which won in five different categories, making it an historic night for Hulu, as well.

Of course, there were acceptance speeches aplenty, but none was more satisfying than the one made by This Is Us star Sterling K. Brown -- the first black actor to win Outstanding Lead Actor in a Drama Series since Andre Braugher won for Homicide: Life on the Streetin 1998.  In his speech he shouted Braugher out, and also said, “Before anything like this happened to your boy, I was a fan. First, last, and always a fan.  So, my fellow nominees, I’m a fan.  I love y’all.” Unfortunately, his amazing speech was cut short when the TV Academy tried to play him off early, to which he replied, “Nobody got that loud music,” just before the powers that be cut off his microphone.  Adding insult to injury, no such interruption happened during Nicole Kidman’s speech for winning Outstanding Lead Actress in a Limited Series or Movie for Big Little Lies, which was almost a full minute longer than Brown’s.  The hate is real, folks.

Lastly, I’d like to take a second to pat myself on the back.  Atlanta, The Handmaid’s Tale and Dave Chappelle -- who won Outstanding Guest Actor in a Comedy Series for his hosting debut on first post-election episode of SNL – are all major winners this year, which feels great since I can say that many months ago when I was new to this gig I called it for each one of them.  Atlanta and Donald Glover were the subjects of my first review, and in another column I also predicted Handmaid’s success (which was due in part to its disturbing timeliness).  Admittedly, I didn’t predict Chappelle’s win in any way, but in the review I wrote about his SNL appearance -- my second ever -- I did shine a light on the importance of his return to TV during a time when many Americans were feeling pretty shitty.  It seems someone at the Academy agreed.

I have to say that it was a pretty good night for the winners and the demographics they represent, but the struggle is not over.  The fact that these wins even have to be mentioned means that we’re still living in a world where they don’t happen often enough.  Celebrate now, but don’t get complacent, people. We’ve still got ground to cover.