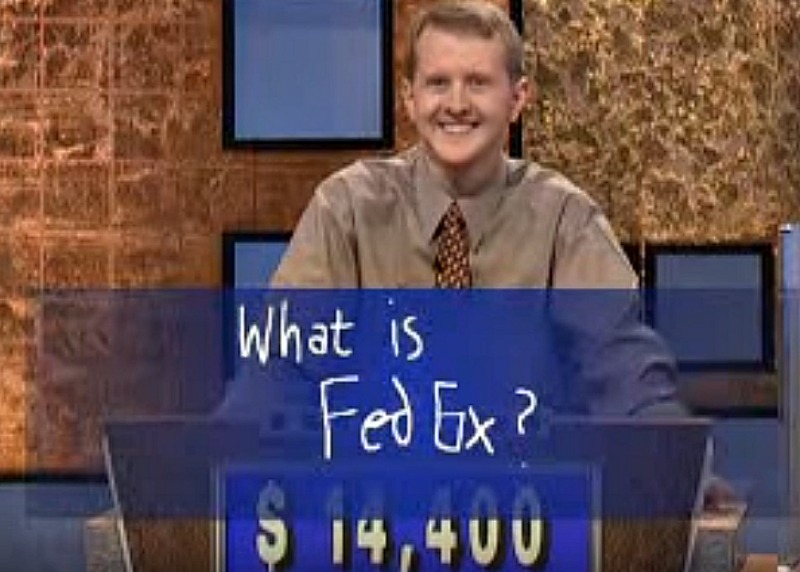 "Most of this firm's 70,000 seasonal white-collar employees work only four months a year."  So went the clue in the final round Jeopardy! on November 30, 2004, that would finally trip up Ken Jennings, the game show's sitting champion and at the time the most winning television game show contestant in U.S. history.  By the time that clue came up, the computer scientist and trivia aficionado had already been on Jeopardy! for 74 straight games and had amassed $2,520,700 in winnings.

Jennings was a new type of Jeopardy!winner.  For its first decades on the air, the daily quiz show had limited the contestants to five consecutive appearances.  But on the show's 20th anniversary, producers decided to shake things up by letting contestants stay as long as they could win.

The rule change was tailor-made for Jennings, a self-avowed trivia nerd.  He was born in the United States but spent 15 years growing up in South Korea and Singapore, where his father worked as an attorney.  As Jennings recalls on his personal website, his only lifeline to American pop culture during those years was TV programming on Armed Forces Network (AFN).  It was on AFN that he religiously watched Jeopardy! after school every afternoon.

Long before he appeared on Jeopardy!, Jennings spent more than three years as a member of Brigham Young University's Quiz Bowl team, rising to captain.  He was then invited to write and edit questions for National Academic Quiz Tournaments, a company that organizes quiz competitions attended by hundreds of colleges and thousands of high schools nationwide.

On Jeopardy!, Jennings established himself as a dominant competitor from the get-go by confidently answering clues on topics as varied as medieval horticulture, Olympic records and geography.  Here's a clue that didn't stump him:  "A Spanish dictionary defines it as 'Circulo maximo que equidista de los polos de la Tierra.'" (The answer is "What is Ecuador?")

His success might have been expensive in terms of prize money, but it was well worth it to Jeopardy! in other ways.  For starters, the media went a little wild.  Jennings was invited to make guest appearances on Live with Regis and Kelly, local news programs and Nightline.  On Late Show with David Letterman he read a list of the Top 10 Ways to Annoy Jeopardy! Host Alex Trebek.  (No. 8 was "Buzz in without using your hands.")

According to Nielsen, as viewers tuned in during Jennings' reign to see if his winning streak would continue,Jeopardy!'s ratings jumped by 22 percent over previous years.  Eventually he even propelledJeopardy! into the spot of top-rated syndicated program over the usual category leader, Wheel of Fortune.  Jennings himself became such a popular figure that he was simply referred to as KenJen.

None of this mattered, however, on the evening of November 30, when he faced the final Jeopardy! clue about seasonal employees.  Although he had already answered incorrectly in that game, Jennings entered the final round with a $4,000 lead over challenger Nancy Zerg.  Zerg, however, quickly wrote down the correct answer: tax advisory firm H&R Block.  Much to Trebek's shock, Jennings had written down Federal Express and lost his wager of $5,601.  (After the loss, H&R Block offered him free tax advice for life.)