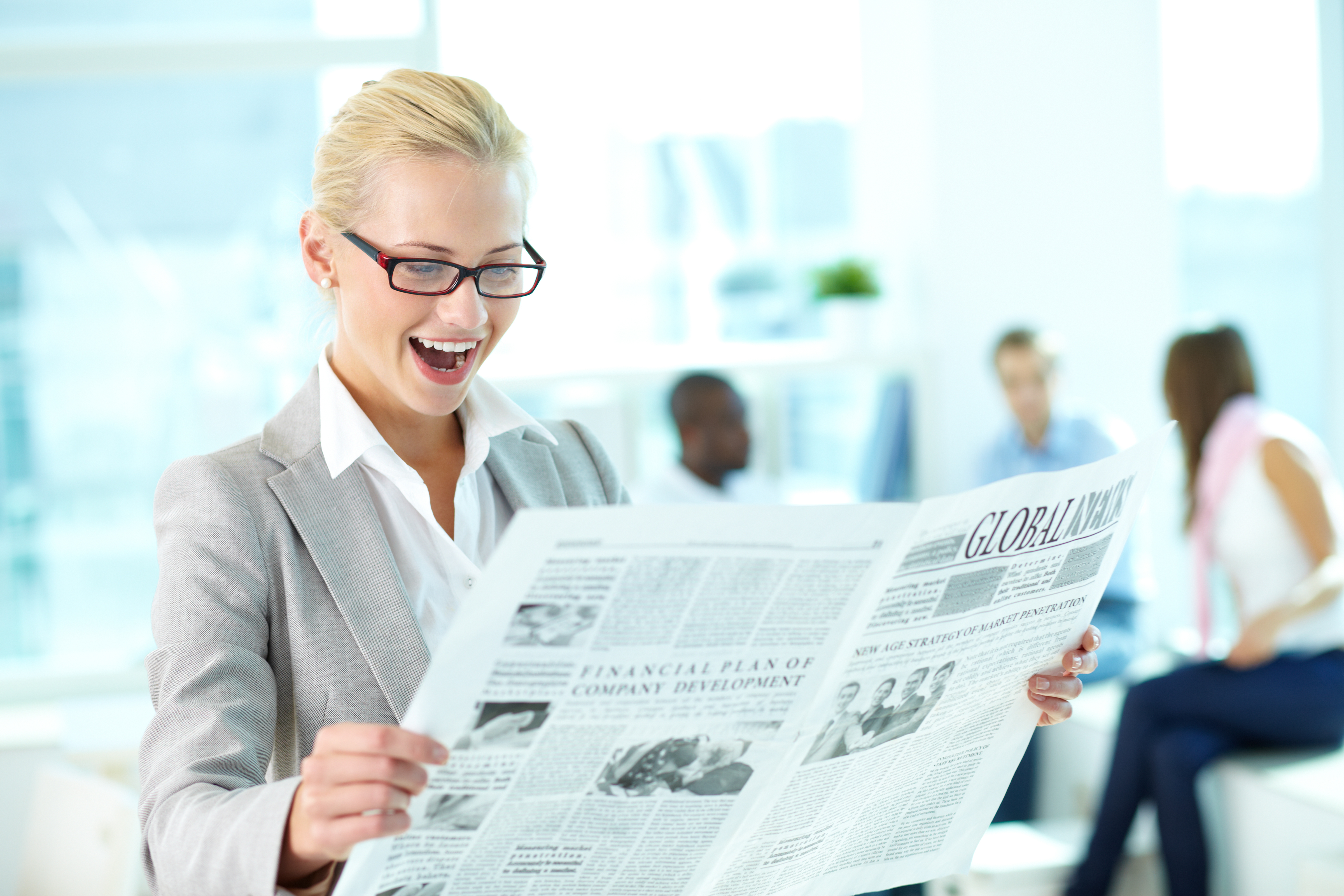 No doubt that if you're reading this article you are keenly aware of John Oliver's highly socialized segment on the future of quality journalism and local newspapers on the August 7 edition of his "Last Week Tonight" show on HBO. Before we descend into the world of endless storytelling involving puppies and "raccoon-cats," there is timely new information to consider. Below is a sneak peek of the AMG/Parade 2016 Local Knowledge Study being released shortly which reveals the power that local newspaper media still carries across communities nationwide.

A whopping 77% of consumers surveyed said they rely on local newspapers for community news and information, across platforms (print, websites, social media and apps) and demos.  When you look at generational usage it is compelling to see that Millennials, Gen Xers and Boomers are each almost two times as likely to frequent local newspaper websites or social media as compared to these same brand outlets for TV, radio or magazines.

In other words, newspaper brands appear to withstand fragmented distribution (e.g., through Facebook, AppleTV, Snapchat Discover) as the content is recognized as one unified trusted information source.  Even Millennials frequent newspaper websites and social media because they want news from a source they trust.

Newspaper advertising and editorial are both valued by consumers.  While this is not new news, it suggests that the utility of the medium has remained essentially unchanged and is viewed positively despite the proliferation of new media choices.  Ads in printed newspapers are considered by local market consumers to be "most believable," while radio commercials and ads appearing on non-media branded social media sites are "most annoying."  Take a look: 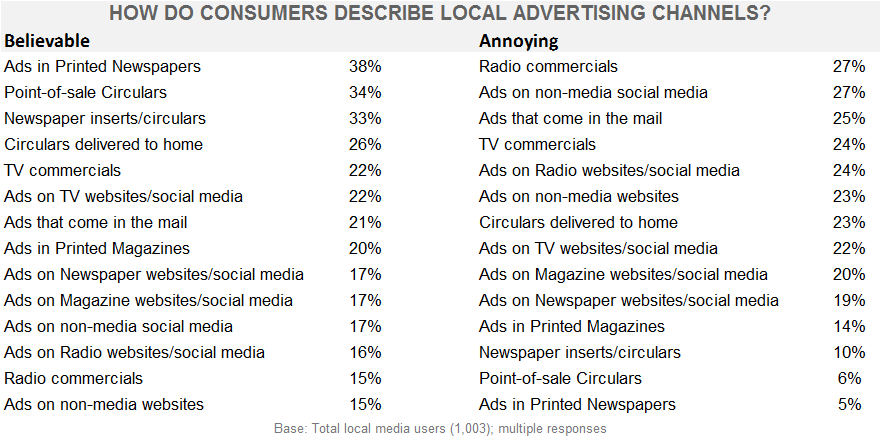 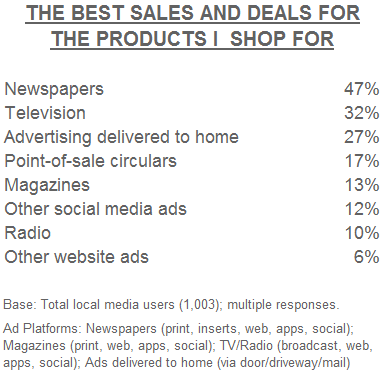 These findings and others from the AMG/Parade study support what we know about localists of all ages -- they are news omnivores. What is surprising is that the core values that consumers have attributed to newspaper media historically have not changed despite fragmentation, demo shifts or omni-channel distribution of media.

With national advertiser dollars moving to the local marketplace it seems only logical that there is a viable future for the medium.  It is incumbent that we all -- those in the newspaper industry, those who buy advertising and those who simply consume news -- look to see what we can all do to help revitalize and monetize an industry that is foundational to our lives.

No doubt John Oliver stirred up a hornet's nest with his infotainment segment. With over three million hits on YouTube, he has also succeeded in elevating the conversation to the public. If advertisers act on the intel from the new 2016 Local Knowledge Study and publishers do their part -- perhaps we can build on Oliver's platform to convince consumers to help us brighten the future of quality news journalism through subscriptions.  Together we can make change happen.