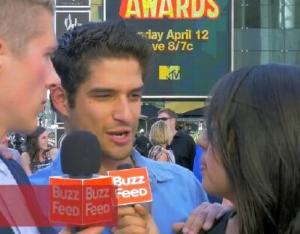 Here are a fresh batch of videos direct from Planet Ed. Just click on the images below to enjoy them.

This is something new: A personalized commercial that never ends! (It’s from mcgarrybowen London.) That’s a Honda CR-V traveling in an endless loop. (Note the mileage counter in the upper left hand corner. Also note the relaxing whooshing on the audio track. It’s very soothing if left on in the background while working at one’s computer.) This spot runs continuously on Honda's YouTube channel and it does something involving viewers’ computers that allows it to include information (time, weather, etc.) about their environments. It’s an amazing and mesmerizing thing for people to watch, even if it seems to be infringing their personal freedom. (Oh, wait. That last line is from a classic Monty Python bit. Here on Planet Ed the Pythons rule. See the next video.)

Stephen Hawking is having a pretty terrific year, all things considered. First Eddie Redmayne earns an Academy Award for portraying him in the movie “The Theory of Everything” and now he has one of the hottest music videos on the Internet, having collaborated with the Month Python troupe to perform “The Galaxy Song” from the guys’ 1983 classic “The Meaning of Life.” I always considered this to be one of the Pythons’ catchiest songs. After watching this video I now consider it their sweetest.

It’s a sad day for MTV when the highlight of its annual Movie Awards is a series of interviews conducted on the red carpet by two reporters from Buzzfeed, in which they ask celebrities to imagine what “Guardians of the Galaxy” star Chris Pratt smells like. Fortunately for the network an MTV star -- Tyler Posey of the hit supernatural drama “Teen Wolf” -- stands out from the rest, fantasizing that Pratt smells like gingerbread cookies and revealing how he might respond after enjoying a sniff.

A Planet Ed Video Transmission wouldn’t be complete without a captivating animal video, especially one featuring a cat or a dog. This one hits the jackpot, with one cat and two dogs.

Ever wonder what to do with all those stale Peeps you have around the house after Easter? Other than put them in the microwave and enjoy the show, which is something you really should do if you’ve never had the experience. (One Peep at a time, please. And don’t leave it in too long.) Adam Cole of NPR has another idea: Use them to find the speed of light!

This ad from Leo Burnett for UnitedHealthcare, in which a middle-aged couple that has obviously watched the 1987 classic “Dirty Dancing” more times than anyone should admit, is hilarious, in part because the couple is doing what so many people do when they hear the iconic Academy Award-winning tune “I’ve Had the Time of My Life.”

Finally, here’s a fresh episode of the essential Web series “Emergency Awesome,” in which host Charlie Schneider continues his episode by episode analysis of the new Netflix series “Daredevil.” It’s a must for past and present members of the Merry Marvel Marching Society – and those who have yet to binge the entire series.