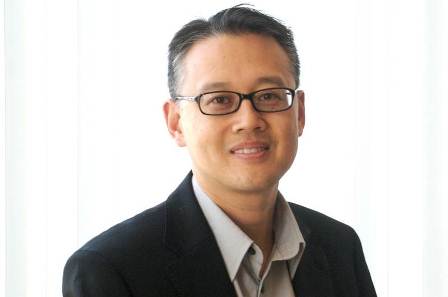 If Obama's Presidential campaign in 2008 was defined by social media, then surely his successful 2012 re-election bid should be attributed to their use of data and micro-targeting.

Election night seemed to confound many of the pundits. Governor Romney appeared to put together a strong campaign with the polls leading into the final week suggesting a tight race. Romney won 60% of White voters. He in fact even won the independents vote. Yet he lost the key battleground States of Ohio, Florida, Virginia, New Hampshire, Iowa, Colorado and Nevada … handing the sitting President a second term.

How did Obama win?

Second, he mobilized key voter blocks to register early and vote. 18-24 year olds; African Americans; Latinos and single women in the key swing States. Voter turnout for these four key demographics was about 70% thereby giving him the numbers he needed to push him over the edge.

At the heart of these two strategies, was micro-targeting.

Micro-targeting is the ability to dissect in this case, the voter population in to narrow segments and customize messaging to them, both in on-the-ground activities and in the media.

Micro-targeting isn't a new idea in politics or marketing for that matter. Karl Rove expertly exploited this in the successful Bush campaign in 2000 and 2004. But it was the sophistication and the scale of how they executed this strategy that in the end, proved the knock-out punch for the Democrats.

The Obama camp in preparing for this election, established a huge Analytics group that comprised of behavioral scientists, data technologists and mathematicians. They worked tirelessly to gather and interpret data to inform every part of the campaign. They built up a voter file that included voter history, demographic profiles, but also collected numerous other data points around interests … for example, did they give to charitable organizations or which magazines did they read to help them better understand who they were and better identify the group of 'persuadables' to target.

That data was able to be drilled down to zip codes, individual households and in many cases individuals within those households.

However it is how they deployed this data in activating their campaign that translated the insight they garnered into killer tactics for the Obama campaign.

Volunteers canvassing door to door or calling constituents were able to access these profiles via an app accessed on an iPad, iPhone or Android mobile device to provide an instant transcript to help them steer their conversations. They were also able to input new data from their conversation back into the database real time.

The profiles informed their direct and email fundraising efforts. They used issues such Obama's support for gay marriage or Romney's missteps in his portrayal of women to directly target more liberal and professional women on their database, with messages that "Obama is for women," using that opportunity to solicit contributions to his campaign.

Micro-targeting helped them to steer their broadcast buying approach. While both campaigns followed conventional wisdom to buy spots in Local Broadcast news programming, Obama's team differentiated their schedule by adding networks like TV Land whose viewers they determined "were less political" and therefore more likely to be a persuadable.

Even the selection of celebrity fundraisers were informed by the data. The team identified women 40-49 as the highest contributors to their campaign. Obama's analytics team in crunching the numbers uncovered that Sara Jessica Parker of Sex in the City fame popped as the most appealing celebrity to this demographic and called her up to ask if she would host a fundraiser dinner for Obama in New York. Web ads and emails from Michelle Obama were sent targeting this group asking them to "chip in whatever they can" with a chance to win an invitation, hotel and flights to New York to attend the event.

As mentioned earlier, encouraging early voting and a higher turnout of key target groups was critical in winning the swing states. They used classic micro-targeting online advertising to reach those groups. Obama's team's use of Facebook this time was also very clever, tapping into Facebook's individual profile data. A million users downloaded the Obama 2012 app on Facebook. The app was able to identify their Facebook friends that fit favorable profiles located in key swing states, encouraging them to contact these friends to remind them to vote. Sources say one in five of those contacted this way were influenced positively by this contact.

Marketers need to take heed of how the Obama campaign transformed their marketing approach centered around data. They demonstrated incredible discipline to capture data across multiple sources and then to inform every element of the marketing - direct to consumer, on the ground efforts, unpaid and paid media. Their ability to dissect potential prospects into narrow segments or even at an individual level and develop specific relevant messaging created highly persuasive communications. And finally their approach to tap their committed fans was hugely powerful. The Obama campaign provides a compelling case for companies to build their marketing expertise around big data and micro-targeting. How ready is your organization to do the same?

Antony Young is CEO of Mindshare North America, a WPP strategy and media investment agency. He recently authoredBrand Media Strategya Palgrave MacMillan which offers strategies on communications planning in the Google and Facebook era. Antony can be reached at antony.young@mindshareworld.com.