How Gen Z's Media Patterns are Visibly Different from Our Own 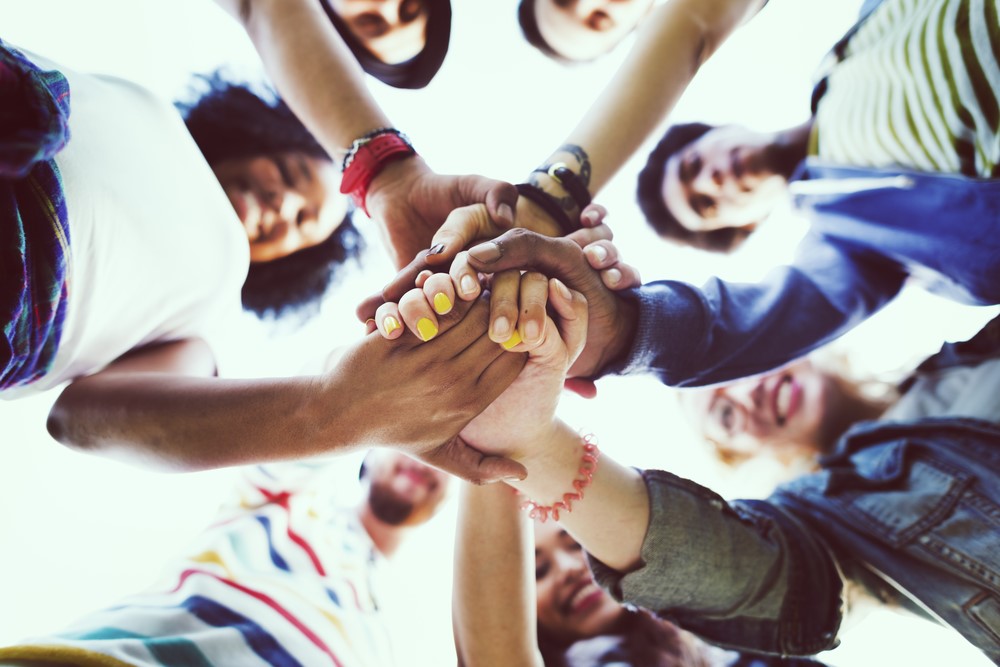 Social media is deeply embedded in our culture and has emerged as a leading indicator of overall media consumption.  Its burgeoning power can be vividly seen when assessing the consumption patterns, habits and trends of Gen-Z.  Gen-Z are individuals who were born after the mid-1990s, and they have grown up in a society where the Internet and mobile devices were always present.

Graphically, we can portray an audience's media preferences simply by creating a map using two key metrics:  The monthly reach of a media property and the average monthly minutes per viewer of that property.

Here is the social media map for 13-20 year olds by those two measures: 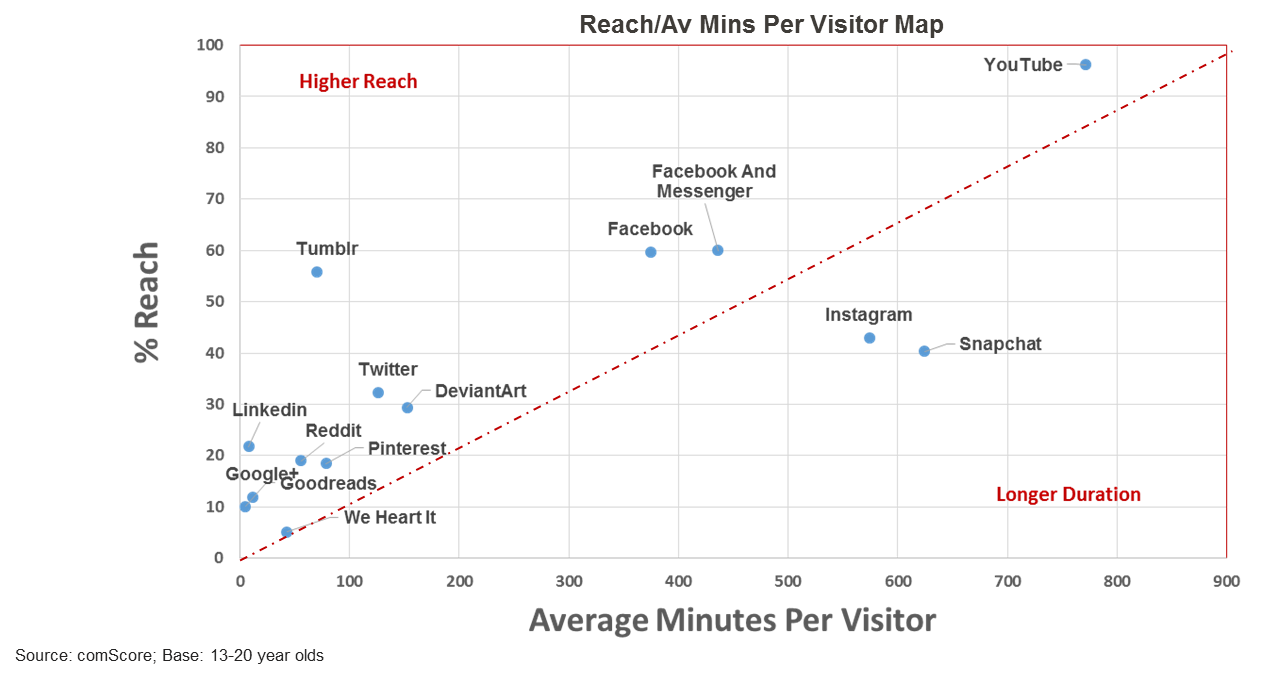 The tipping point on this graph is the top right-hand corner, where both monthly reach and consumption is at its peak.  For Gen-Z, this area is dominated by YouTube, which has solidified itself as the preeminent sharing video platform, overshadowing the otherwise omnipotent Facebook.  Critically, this is not the case with older demographics.

More broadly, when we dissect the media-use map with a diagonal line (shown in red), we see that almost all media appear above the line.  This is a decisive characteristic of the map, signifying that, for most media properties, higher reach eclipses duration of consumption.  The overarching value of reach in media consumption is well-known.  In 2009, the Ehrenberg-Bass Institute demonstrated how reach has a pivotal influence in consumers' total hours of TV network viewing across the world, from the U.S. to Australia.

There are two clear outliers who are below the diagonal red line on the map and whose monthly average minutes of consumption are much higher than we might expect: Instagram and Snapchat, the photo sharing apps.

For demographic groups older than 20, comScore shows Facebook is the leading medium, while the photo-sharing apps' monthly usage mainly reflects their reach levels.

In a totally separate media and social research study among college students UM partnered with Chegg, the college textbook rental company.  Although undertaken from a different perspective, our study largely found similar findings among the prominent social media titles.  Notable highlights from this study included:

Photo sharing apps is an important feature to watch in the social marketplace: As Gen-Z-ers grow older, will they continue with their current media preferences?  It is vexing questions similar to these that spurred Facebook to pursueSnapchat for a $3 billion cash acquisition in 2014.  Today, Snap, the parent company, has a market capitalization over $15 billion.

Are YouTube's Strengths a Zeitgeist of TV's Weaknesses?

Social media consumption provides a pattern so strong, it now appears to be reflected in television viewing.  Specifically, when we look at YouTube, the older the audience, the less relevant YouTube appears to be.  YouTube may have a commanding presence with Gen-Z, but where TV is strongest, amongst the 55+ age demo, YouTube is relatively weakest.  YouTube video and television appear to have an inverse relationship that generally mirrors audience age demos.

Gen-Z's social media patterns are clearly the ones to watch.  First at the micro level, as we follow the tactical battles for dominance such as Snapchat versus Facebook's Instagram.  Second at the macro level, as social video eats into what was once widely regarded as the country's major audio-visual platform, television.

The bottom line:  Social media is not just here to stay.  In its very widest definition, it may well be set to outshine all other media channels.