How We are Thinking About Markets This Week 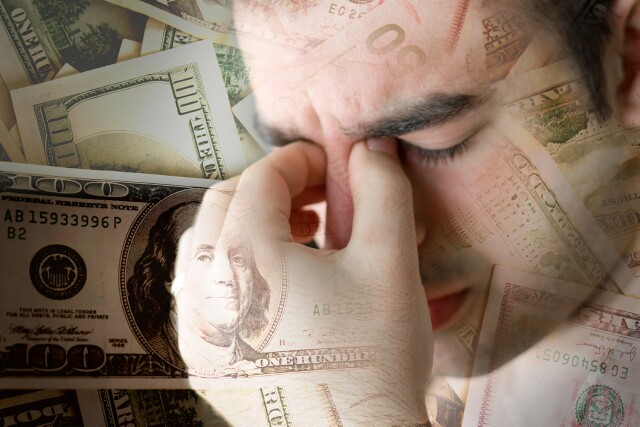 The impact of COVID-19 will be with us for months to come, even beyond this initial wave.  Dr. Anthony Fauci, Director of the National Institute of Allergy and Infectious Diseases and a leading member of the White House Coronavirus Task Force, has openly talked about additional waves of the virus.  But so much is unknown.

For the ad market, this involves executive decisions not only from political leaders but also from leaders in media, sports and the entertainment industry which are supported by advertising.  Imagine if one NFL player tests positive mid-season (on a team of 100+ players and staff).  In March, the NBA shut down (at least temporarily).

But more than that, it involves what’s happening to people.  Let’s start there.

The economy was chugging along with low unemployment, moderate under-employment, strong markets and a huge -- staggering -- amount of consumer debt.  Although dated, a MarketWatch summary of a Marquette Associates analysis from 2019 demonstrates the reality: debt is growing and many economists have been very worried about it for years.  (Many in the medical community had been worried about a global pandemic, too.) 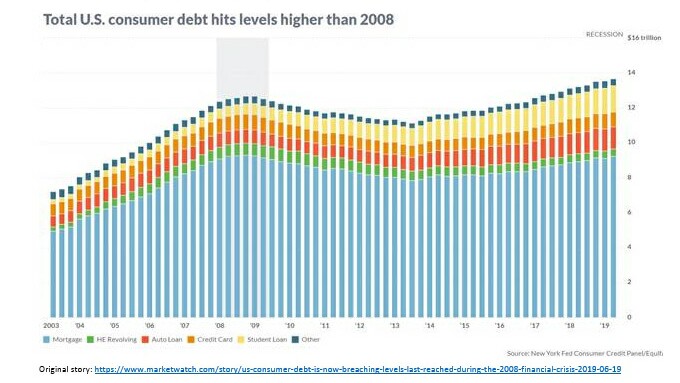 People can hit their minimum monthly payments as long as people have jobs (for the most part).  Which brings us to today.

We are looking for what will shock the economy from within the economic system.  COVID-19 and stay-at-home orders in most states did so as an outside impactor.  Weekly jobless claims spiked to a record 6.6 million on April 2, 2020 (that beat the prior week’s 3.3 million -- a record since the statistic began in the 1960s and likely the highest since the Great Depression of the 1930s).

The most debt-ridden consumers, particularly credit card debt, are losing their jobs in the millions from both small and large businesses.  How will they pay their bills?  And, even if these businesses restart quickly, who will the consumer base actually be?  Again, there is no vaccine nor wide-scale testing.  How many businesses can survive with 25% fewer customers or worse?  (Note: today airlines are reportedly running at 50% of pre-COVID-19 scheduled flights which are at 10%-20% rider capacity.)

COVID-19 might be the wind which blows down the house of debt cards.  Now there are fundamental flaws in the economy.

We are keeping an eye out for indicators from financial institutions for signs of weakness in consumer payments and the institutions’ revenue generation or loss.

But the ad market has its own new and unique issues too.  As our previously reported ad market scenarios suggest, digital will be hit for the first time.  Google and Facebook have done a wonderful job turning millions of small businesses into new advertisers during the last 20 years.  Again, those are the companies which are now either closed or are operating at significantly reduced capacity.

Here we’re turning our attention to financial reporting for both Facebook and Google later this month.  The reporting by these two companies will be absolutely essential to begin to gauge impact to the ad market, in particular for SMBs which are roughly 75% of each company’s client base (small businesses and local marketers).

Before COVID-19, here were broad estimates on 2020 ad revenue growth for each company:

Here’s basic algebra to understand the impact of COVID-19 in the last three weeks of 1st quarter for their public reporting later this month:

These are just a few of the things we’re watching.