How Yahoo, AOL and Pinterest Can Be Successful Without Being on Top -- Jesse Wolfersberger 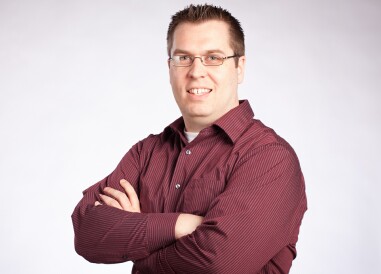 This article is part of a series inspired by GroupM What’s Next 2013 , an annual event for marketing and media executives taking a forward look at media and advertising, and what brands should be preparing for in order to succeed.

Not everyone can be the New York Yankees. The Yankees have the best winning percentage, the most Hall of Fame players and the most World Series championships in baseball history. That doesn’t mean they are the only team that ever wins. In the past 20 years, the Yankees have won the most championships (five), but 10 other teams have won at least once.

In the digital world today, four companies have cornered their respective markets: Apple, Google, Amazon and Facebook. Below each sits a another tier of companies fighting to compete with the market leader, similar to how lower payroll baseball teams try and compete with the high-spending Yankees. Being at a disadvantage does not mean you can never win; you just need a good strategy. The same way the Oakland Athletics will probably never outspend the Yankees, Yahoo will probably never beat Google for search market share, but both the A’s and Yahoo can still win.

Executives from Yahoo, AOL and Pinterest were on stage at What’s Next 2013 talking about their strategies for the future. Each has a specific direction where they believe they can succeed without needing to take down the market leader.

Yahoo’s strategy is personalization. The Web is unfathomably big and constantly growing. Any given user can only consume so much content per day, and Yahoo hopes it can be the bridge which seamlessly connects users with the content they want to see. It wants to algorithmically deliver relevant articles and videos without the user having to search the Web.

Yahoo is not the only company that is pursuing personalization. Google is certainly going down that path too, but Yahoo has an advantage, owing to its bread-and-butter product – the Yahoo homepage. “When you go to our homepage,” Yahoo COO Henrique de Castro explained at What’s Next, “we should be able to aggregate all the content on the Web in a personalized way for you.”

Logging in is the linchpin to this strategy’s success. Yahoo will use location, interests, history and friends’ data as signals to customize its properties for each user, but it can only get this depth of data if the user is logged in, and logged in across devices. Simultaneously, logging in is the only way the user gets the benefit of personalization, so there are aligned incentives at play. If Yahoo can create a truly beneficial personalized experience, it should have no problem convincing users to log in.

AOL’s $405 million acquisition of Adap.tv in August shows a commitment to making video a major part of its ecosystem. “You will start seeing us lead much more with our video offering,” Lord said. “We will give you an ecosystem where you can get premium video in a unique and interesting way.”

Video will continue to be a crucial battleground for marketers and AOL’s offering will never be the only game in town. However, if it can be first to deliver a standout programmatic video-buying product, it will have an advantage in the marketplace.

Also among this category of companies is Pinterest. Pinterest has about 15 million active users, making it a huge success, but is still considered tiny compared to powerhouses Twitter and Facebook. The company, however, has carved out a niche where it can succeed without a billion users. Pinterest is the trailblazer of the visual Web.

In this sense, Pinterest does not have to compete with the number of users of any other social network. In fact, it works best when there are other social networks around, to share the content found on Pinterest. Pinterest recently debuted its first ad product, which is the first step in truly harnessing its position as the visual web leader.

None of these companies is likely to make us forget the big four digital leaders anytime soon, the same way the Oakland A’s will never lead the league in payroll. You can’t beat the Yankees at their own game, but that doesn’t mean you can’t win. Yahoo, AOL, Pinterest and other big players can create products which resonate in people’s lives and make marketers take notice.