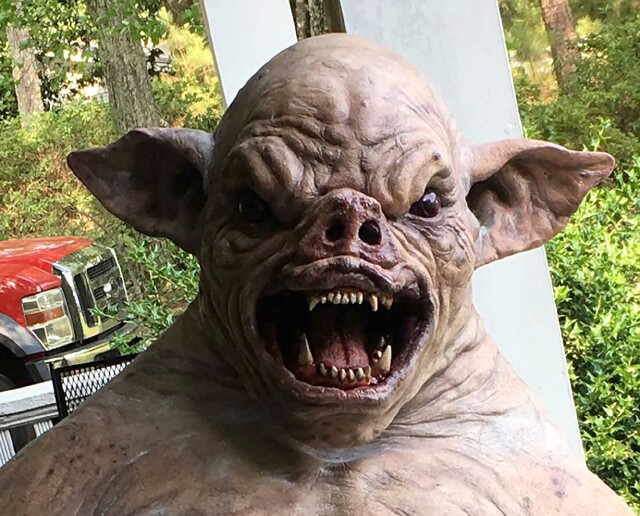 IFC creeps into new territory tonight with the official premiere of its new scripted series Stan Against Evil. I use the words “creeps” and “official” with purpose. Unlike virtually everything else that is now or has ever been produced by and for IFC, Stan – billed as a horror-comedy – is often as creepy as any other horror show on television, including AMC’s The Walking Dead,FX’sAmerican Horror Story,WGN’sSalem and Fox’s The Exorcist. And while the premiere of the show is scheduled for tonight, IFC did something interesting two nights ago on Halloween – it ran the first episode without any special promotion at the most appropriate time of the year to launch a scary new franchise. (That’s the second profoundly different approach to marketing and publicity that IFC has taken in 2016. The first was those humble flash-drives that were used as screeners in the network’s Emmy campaigns for its signature series Portlandia and Documentary Now! The result was Emmy nominations for both.)

You would have to be as headless as the poor individual pictured below (languishing in the special effects and makeup area at the show’s production offices) not to draw immediate parallels between Stan and the reigning horror-comedy on television, Starz’ Ash vs. Evil Dead (a franchise that dates back to 1981 when the first Evil Dead movie had its premiere). 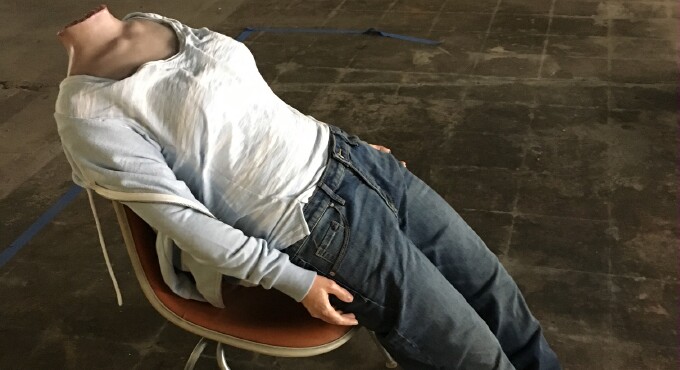 No worries; there is plenty of room in the ever-expanding realms of broadcast, cable and streaming for more than one show that fits into any given genre. Indeed, if Stan succeeds as well as Ash, Hollywood will take notice and the genre will suddenly begin expanding at a rapid rate, to the benefit of those that came first. 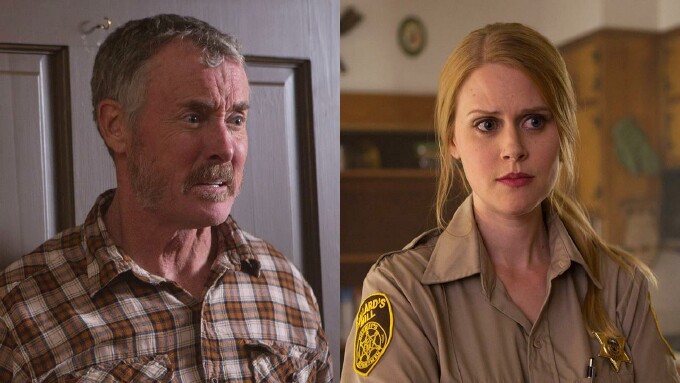 Though one might refer to the relatively modest Stan as low-budget, it certainly looks expensive, especially the isolated whole-house set (pictured at bottom), the haunting graveyard behind that house and the fearful animatronic creatures with which Stan (John McGinley) – a disgruntled former sheriff in a small, demon-infested New England town – and his replacement Evie (Janey Varney) constantly do battle. (McGinley and Varney are pictured above.) It will come as no surprise that the crew and their guests have given names to some of these monsters. (Pictured at 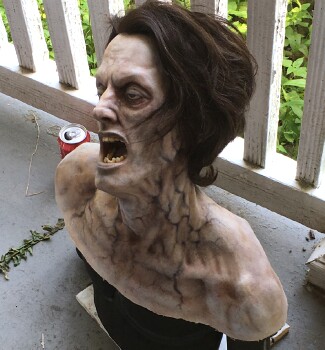 top is Murgatroyd -- a certain breakout star of the show -- and, at right, Bonnie -- a simple severed head at the time this photo was taken.)

IFC provided members of the press with access to the set on a steaming hot weekend in June, when temperatures were breaking local records (a crazy 92 degrees at midnight) and Atlanta was earning its nickname, Hotlanta. (Those yellow tubes in the photo below were delivering cooled air into the hot house.) Perhaps it was the vibe in the region, where The Walking Dead and The CW’s The Vampire Diaries also shoot. Or it might have been the specific location – a real house on a somewhat remote property filled with creepy props (see picture of weapons room below) and permeated by a genuine sense of dread. Or maybe it was the punishing heat. But the entire place filled even casual visitors with an eerie sense of something unreal.

So how does a show like this fit on a network known for sophisticated ironic comedies? That’s an obvious question, to which the best answer is, why not?  It’s important for every brand everywhere to know when to stretch a bit.  The only other option is the growing probability of redundancy and stagnation.  Besides, original programming is only one part of the entertainment IFC offers. It is also known for running uncut theatrical movies, including those with a hard R rating. Many of those movies fall into the action, science-fiction and horror categories. (In fact, I first watched the 2005 torture-porn hit Hostel on IFC and I didn’t miss a minute, even with commercial breaks, which provided welcome relief from the claustrophobia and terror of it all.) 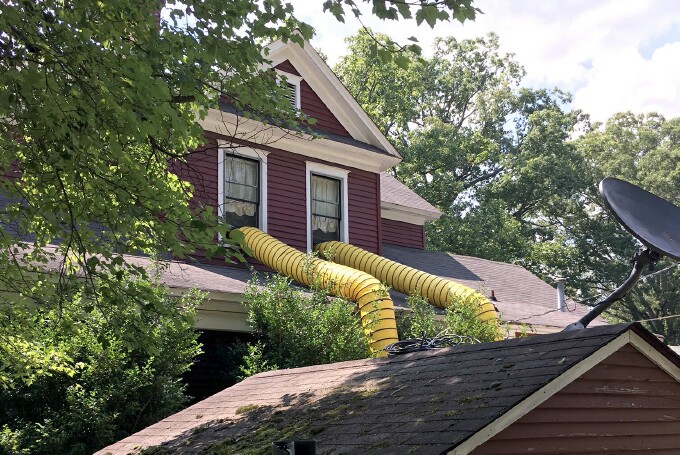 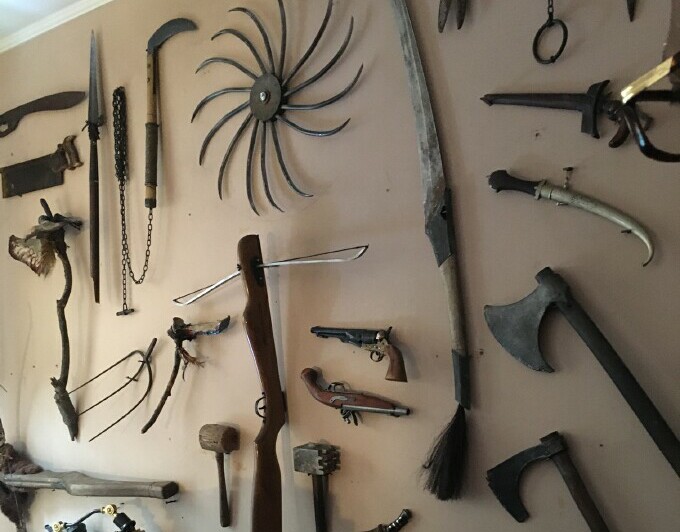 That’s another way of saying that since IFC is known for inspired comedy originals and terrifying horror movies, why shouldn’t it experiment by combining elements of both?