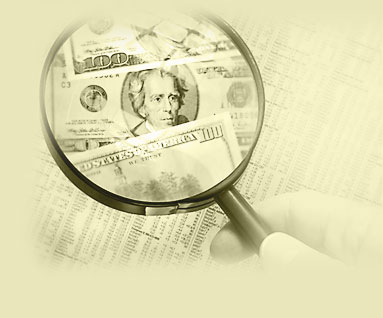 Today, companies shifting scenarios from the mechanical processes of the past to the data-driven processes of the present need to investigate a complete overhaul of how they make strategic and tactical decisions.

One flaw that is omnipresent in decision making has been recognized but nothing has been done about it. Silos exist created by individuals who wish to hide and not be interfered with, and information needed for best decision making by definition does not flow well across silos. Yet what decisions can one make that would dissolve silos?

There is an unfortunate negative effect on the present which is caused by the very positive changes companies are now making to beef up their data science and innovation departments and to build their DMPs. That is to put off into the imagined halcyon future the complete study and reinvention of the company's decision making processes, much as Peter Drucker did analyzing General Motors in Concept of the Corporation, a classic study of decision making Dave Morgan turned me on to.

In this series of posts about decision making I'll provide some recommendations as to which decisions to study first in order to derive some early wins. As always my focus is on the demand creation side of the business rather than the supply chain. As Dave Calhoun said, the optimization of the supply side by companies has been taken 99% as far as it will go, and now the real work to do is on the demand side, where the efficiency level is nowhere near 99%.

Strategic: How do you know you are fully exploiting your strongest assets?

Having a growth brand in the world's most competitive market, the U.S., is a blessing to be nurtured. If the brand is growing that probably means people like the product and advertising is working. If advertising is working, the most common mistake to look for is not spending enough. Advertising as we all know does not always work as well as at other times; it's a combination of high art and high science, but it's not all tactical, a key strategic decision is how much to spend. That decision is typically made by non best of breed techniques, such as looking at the past and making cautious adjustments based on gut or worse, committee gut. The past however is just what cautious people did back then, using even less science than today.

One mistake companies sometimes make is to use marketing mix modeling (MMM) results to infer decisions about are we spending enough. However, MMM is another looking-backward approach which has limited ability to predict what would happen if the brand spent more on advertising. The only best of breed approach to test whether spending more would be a smart or a bad decision is to do A/B heavy-up testing. These controlled experiments scientifically prove one way or another whatever is being tested, by limiting the differences between A area and B area to a single variable, exactly the way physicists and chemists and all other true scientists do.

Tactical: How do you know you are not wasting millions of dollars behind TV commercials that do not produce business effects?

ne of the biggest detours ever taken by marketers was in 1961 when "they all" decided that brand advertising didn't need to be judged by sales, since that was "impossible." Fortunately we are back on track only a half century later. Yet most brand tracking studies and copy tests still use the communications measures which were ratified in 1961 without using sales at all. (Stuart Colley's book which catalyzed this nascent movement had very positive effects on clear thinking in making advertising decisions, however; he perhaps sensed that advertisers and agencies at the time were not prepared to be judged by the hard light of sales.)

Some advertisers now are doing sales measures as fast as they can after new creative goes on the air, and they yank executions that are not producing business effects. A leader in that technique of decision making is Mars, and more and more smart people are catching on every day. Mars, TiVo Research/TRA and Apollo all found that 65% of ROI is in the creative. Mars and TRA both found that a third of all aired CPG commercials have no sales effect and another third have paltry sales effect. It's the other third that you want to keep on the air, by identifying the weak selling executions as fast as possible.

Only by doing a study of the way decisions are currently being made at every level of your organization today can you avert the wastage of valuable marketing dollars, and can know when to invest more behind the growth of specific brands while the time is still right.

Next: What is your decision process for brand personality?

The opinions and points of view expressed in this commentary are exclusively the views of the author and do not necessarily represent the views of MediaVillage.com/MyersBizNet, Inc. management or associated bloggers. Image courtesy of freedigitalphotos.net.