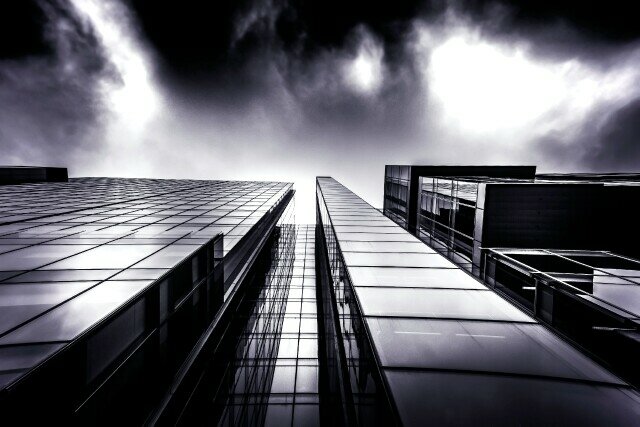 In-housing is in the news. Campaign has carried several stories around brand owners joining the in-house agency club; the magazine's esteemed editor-in-chief, Gideon Spanier, has written that this phenomenon is "here to stay and growing."

Weirdly, it was only last week that The Cog Blog was chuntering on about how good we are at polishing up new ideas and reinventing the wheel. So, let's look at the history and the pros and cons of clients doing it for themselves.

If you were a TV buyer in the 1970's and early 1980's your favourite "client you loved to hate" was Procter and Gamble. (I should add that P&G might have been one of only very few, but they weren't unique. It's simply that I grew up on their business so I know them best.)

P&G did their own TV buying. They had an in-house team (led by the formidable Bernard Balderston), which would even buy down to the spot level and would then fax the agencies what spots they had bought. The agency would then enter the buys onto their systems, thus making it possible to claim the commission.

Procter also developed a brilliantly simple argument to use in negotiations. They believed fundamentally that TV advertising worked; so, more TV advertising worked better. They allocated regional TV budgets on the basis of share of sales -- if your region generated 10% of sales you got 10% of the money.

So, if you give us a cheaper deal we'll end up with more advertising that will generate more sales and more budget for you next time.

The "jam tomorrow" tactic, in other words.

P&G were masters of the in-house approach. Over time, maybe even at the same time, Nestle, Mars, Unilever were doing something similar. Unilever had way before then started an internal agency which became Lintas (Unilever, or maybe Lever Advertising Services).

Years later Unilever was among the original funders of Brainjuicer, the research company now known as System 1. Investment in expertise comes in many flavours.

This bringing stuff in-house wasn't confined to the U.K. There was an agency in Holland called (I think) Kobalt that was owned by a consortium of advertisers lead if memory serves by Heineken. Mercedes Benz started Debis in Germany. Both closed rather fast.

In-housing isn't new, but it's improved and evolved. It's no longer purely about buying cheap stuff, and it's no longer loathed as a concept by the agencies, some of whom (Oliver being the best example) have embraced the idea and are working to help clients set up strong in-house models.

The best in-house teams improve planning by ensuring that the client's proprietary first-party data is available and used. Many are by definition fleeter of foot than any agency when it comes to reacting to social media.

All the in-housers -- and this is surely the defining factor -- take media at least and often beyond media to embrace all aspects of communications seriously and see it as a key business driver.

After all, most boards will likely believe their own people -- their own experts -- over what they see as a justification of their existence by their agencies.

There are naturally cons, too.

In-house operations aren't always that objective. Who, after all, tells them they're doing a poor job?

Most comments in the public domain from in-house teams talk of how much they've saved (hardly surprising given the fees saved and the lack of identifiable costs), and how wonderfully integrated life is. Mostly this is hogwash.

Others see this type of organization as a stick with which to beat the agencies. (Lloyds' comment that "no-one in agencies can write these days" was misinterpreted but it can't have added a lot to agency / client trust).

Then there's the career path matter. If you're a media guy in an agency you have a clear route ahead, with options along the way. If you're an in-house media guy at a client your options may well be more limited. One route is to move up the marketing ladder at your organization (or at another client), but your skills may not prepare you for that. Or move to a sales house or agency -- which few do successfully.

Then there's the term itself. In-housing isn't a great descriptor, suggesting as it does something divorced from agencies, something limiting, even something anti-agency.

Far better to see what is happening at these advertisers as one element within a digitally-led transformation of their marketing operations, as a result of which certain (but not all) marketing decisions are taken faster and smarter than going through a briefing / meeting / responding / redrafting system.

Not as snappy a headline though, I'll give you that.