Inside "General Hospital" -- Then and Now 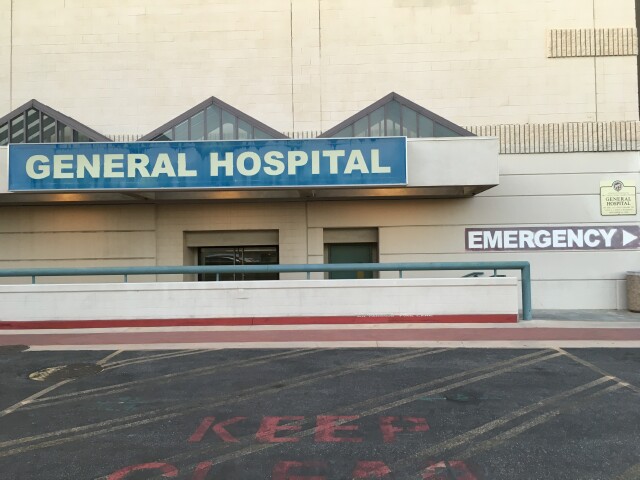 Twenty-five years ago I made my television debut on the ABC soap opera General Hospital. I played an annoying customer at a café who was interfering with a police investigation. I never imagined back in 1992 that in 2017 I would return to Port Charles (the fictional city in upstate New York that is the setting for GH) in a bigger, better role (this time dealing with an annoying customer in a restaurant rather than being one).  Nor could I have foreseen the sweeping changes during the last quarter century that have compromised the entire genre of daytime drama. (The episode in which I appear is scheduled to be telecast on Thursday, March 23.)

At the time of my first appearance I was television editor for Inside Media magazine, and I wanted to know what it would be like to actually enter the everyday world of a scripted series that I had been watching for a very long time (since the Luke and Laura thing in the late Seventies). A soap opera seemed the best choice for many reasons, not least of which was the speed and efficiency with which they were (and continue to be) written and produced with a fraction of the resources enjoyed by primetime shows.  It was an amazing period for soaps, which were still powered by the 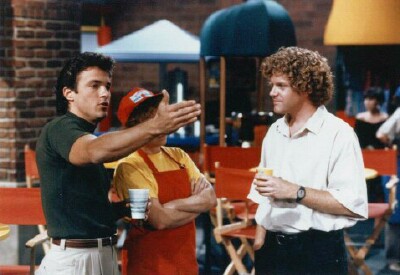 outsize success the genre had enjoyed throughout the Eighties, when they rivaled primetime series in terms of popularity and profitability. (That's me on the right with my 1992 scene partner John J. York.)

There were 11 soaps on the Big Three broadcast networks in 1992. Today, only four remain – two on CBS, one on NBC and GH on ABC. Each of them has proven to be a survivor, and each in its own way has adapted to the challenges the genre has faced since the mid-Nineties. The beginning of the end, some experts continue to assert, began with the prolonged live day-to-day coverage of the O.J. Simpson double-murder trial in 1994-95, which effectively broke decades-old daytime viewing habits.  Or perhaps it was all about competition for eyeballs, which exploded in the Nineties with the expansion of cable television and the rise of the Internet; or changes in lifestyles, particularly those of young women, the majority of whom were no longer stay-at-home moms with the time or the desire to commit to daily dramatic programming.

Regardless, many millions of people hope that the remaining TV soaps stick around and continue to adapt as necessary. If they don’t, it won’t be for lack of trying. GH, for example – which seemed to accomplish the impossible back in 1992 by blocking, taping and editing a single episode of the show every day, now completes six or seven of them a week. The speed with which the production moved along during my first time on the show was impressive, but what I saw last month when I spent a day there was even more spectacular.

It was my great pleasure to have as my primary scene partner Jane Elliot, whose portrayal of wealthy and combustible businesswoman Tracy Quartermaine earned her a Daytime Emmy Award in 1981 and did as much to power GH to its legendary greatness as the stories of Luke and Laura, the Cassadines, various mobsters or anyone else. 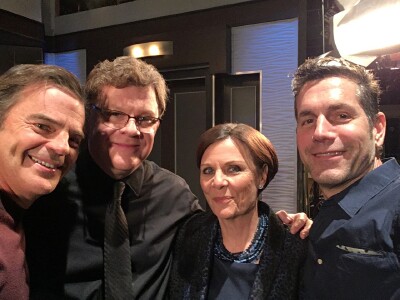 Elliot came and went from the show through the years, but she will always be considered one of the most popular performers in its long and colorful history. (During her times away Elliot appeared on Days of Our Lives, All My Children, Guiding Light and the primetime soap Knots Landing. She also portrayed Tracy Q. on the short-lived ABC soap The City, where the character became an unlikely mob boss.)

I also got to work with Wally Kurth, who plays Tracy’s son Ned, and guest star Oliver Muirhead, playing one of her many ex-husbands. (That’s me, second from left, with Kurth, Elliot and at right GH executive producer Frank Valentini, who takes a great selfie.)

Working with Elliot was especially exciting for me, not because I have been a fan for so long, but because an experience involving an unforgettable daytime cliffhanger on GH that she was at the center of forever proved to me of the power of top-notch serialized storytelling. The episode of GH that ran on the Friday before Memorial Day weekend in 1980 ended with the now-classic sequence in which Tracy refused to give life-saving medication to her father Edward, whom she believed to be dying of a heart attack, unless he agreed to alter his will in her favor. He wouldn’t do it and, after writhing and gasping for air on the floor, seemingly expired. Was it possible that Tracy would stand by and watch her father die? Maybe. There were no spoilers then.

The following Monday, I was invited to a holiday beach party at a house that did not have a television. It was a beautiful day and all my friends would be there – but if I went I wouldn’t be able to watch GH. What to do? I solved the problem by borrowing a portable black and white television with rabbit ears, setting it up on the beach under an umbrella and running power cords across the sand to the house. My friends and I gathered around to watch … and when the TV blasted the GH theme song (which was instantly recognized by millions of teens, college students and young adults back then) people we did not know came running from up and down the beach to see if Tracy had let Edward perish. (He lived. He was faking. Tracy was traumatized. Elliot won her Emmy for those episodes.)

Thirty-seven years later I was on the receiving end of her wrath, playing a waiter who is trying to be helpful while Tracy, fresh off a blistering fight with someone else, takes it out on the first person she encounters -- me!  After all that time, now I know how Edward felt.

As a friend of mine who was at that 1980 beach party recently remarked of my chance to be in scenes with Tracy Quartermaine, “These things don’t happen to ordinary people, Ed.”  Great things don’t happen to “ordinary” shows, either. GH will on April 1 will mark its 54th anniversary. That is, in a word, “extraordinary.”