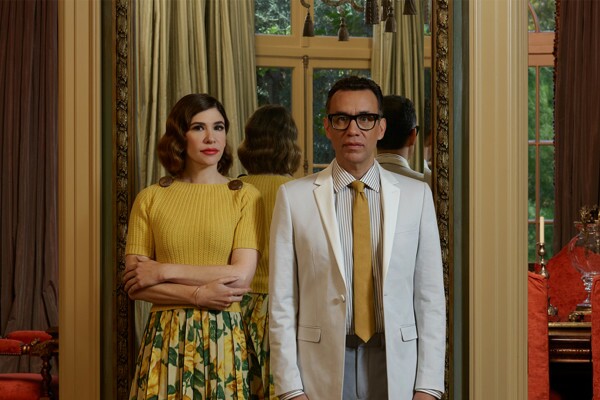 IFC’s sketch comedy series “Portlandia” has in its six seasons offered a wholly distinctive creative showcase to talented people in front of and behind the camera – but the episode that debuts Thursday night, titled “Family Emergency,” is nevertheless something special. That’s because it was directed by Steve Buscemi, who also appears in the episode, and features as a special guest star Louis C.K. (playing himself).

Also, it was during the production of this episode last September that IFC brought a few journalists to observe and engage with the cast and crew in action. “Portlandia,” for those who have been living in a media-free cave since its January 2011 premiere, is shot entirely on location in Portland, Oregon. The city is every bit as much of a character in this show as New York City was in “Sex and the City,” though in many ways “Portlandia” and Portland are even more synonymous given the relative intimacy of the latter and the fact that the show has permeated almost every corner of it. (The title is actually a reference to an iconic sculpture of the same name in downtown Portland.)

During the set visit Buscemi was directing series stars Fred Armisen and Carrie Brownstein (pictured at top) in a sequence set on an indisputably charming suburban street in the Portland neighborhood known as Irvington.  It was immediately noticeable that residents of the street seemed unfazed by the production’s equipment around them, which included trailers, tents and the shell of a car sitting on a trailer attached to a pick-up truck with a camera in the back. Armisen and Brownstein, who portray themselves in this episode rather than any of the many other characters they have created over the years, were filmed sitting in the front seat of that rigged car as the truck pulled it around the neighborhood, creating the illusion that Fred was driving as the two discussed the “family emergency” of the episode’s title.

Meanwhile, a few journalists sat in a van equipped with monitors that drove in front of the truck. From our unique vantage point (see image below) we were able to watch them rehearse and film their scene and hear their dialogue – about using the term “family emergency” to get out of commitments -- as well as Buscemi’s directions from the back of the truck. 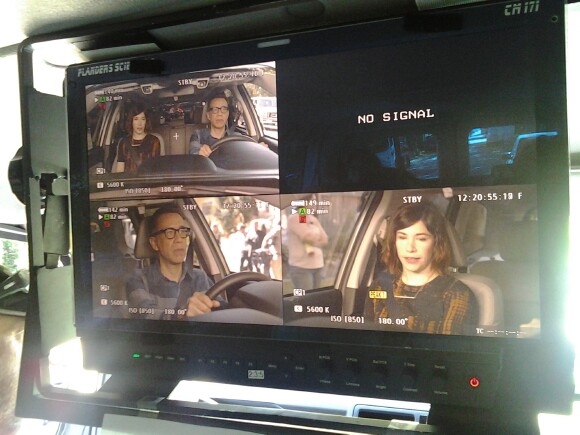 (Later, we paid a visit to the “Portlandia” production office, where we met the rats that have been seen in the series’ stop-motion animation sequences.) 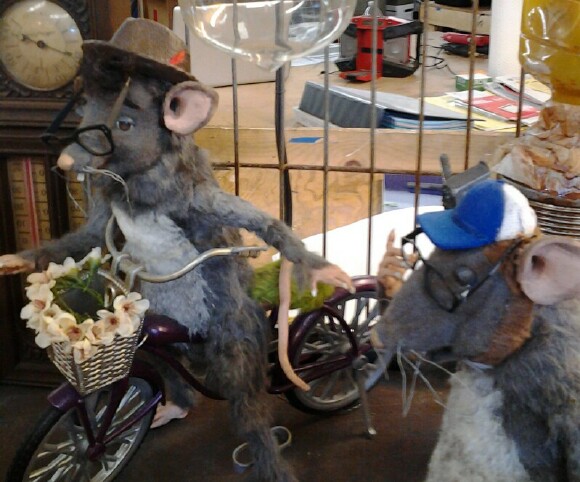 In New York and Los Angeles, residents would likely be annoyed by a production blocking their roads and impeding their ability to dash about. Not so in Portland with “Portlandia.” “It’s a different thing shooting in a region that’s not shot a lot,” producer David Cress told us. “In LA the delay is just a bother. Here, it’s not.” (The other big series of the moment that is shot in Portland is NBC’s supernatural thriller “Grimm.”) Recalling a shoot from a previous season in which the production took over a local home as a set and accidentally broke a window, Cress said that Armisen always goes “overboard” to accommodate homeowners. In that instance Armisen located a tool kit and repaired the window himself, Cress said.

Producer Alice Mathias said that securing locations is basically as simple as going to certain neighborhoods, asking residents if they will let the show shoot in their homes or yards, and then doing so if given the go ahead. The same simplicity applies to casting. “So much of the genius of ‘Portlandia’ is finding local people who are not actors and recruiting them,” Mathias said.

“Sometimes I see someone and stop the car to see what they’re like from closer than 50 feet,” added casting director Simon Hill. If he likes what he sees, they are hired, sometimes only as extras, though extras “frequently get upgraded to speaking roles,” he said.

“People in Portland have been very friendly to me,” Armisen told us during a break. (True to the “un-Hollywood” atmosphere that permeates everything about “Portlandia,” Armisen happened to find himself spontaneously holding court outside a port-a-potty.) “They know we do the show 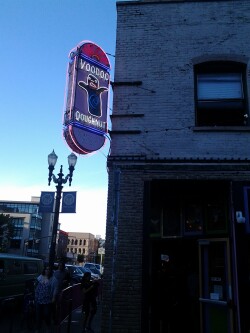 from a place of love and gratitude.”

Asked if he thinks the show has changed the city, he replied, “I don’t think a television show can transform a city. It might [boost] tourism a little. I think people are smart enough to know the difference between a TV show and real life.”

Of course, very little about “Portlandia” reflects real life. Asked about the narrative themes the show would explore this season, Armisen deadpanned, “monsters, vampires, curses, coffins, corpses, blood, cadavers, Danzig, snakes, bats, creepy staircases, frogs and upside down crosses.” The supernatural aspect of Armisen’s answer didn’t come as much of a surprise, given that one of the city’s major tourist attractions is the flagship Voodoo Doughnut shop, which has been featured on Travel Channel, Cooking Channel, Food Network and CBS’ “The Amazing Race.”

Much like the actual production of “Portlandia,” the city itself seems almost professionally laid-back. A recently retired police officer I spoke with during the trip told me, “To capture Portland, think Williamsburg without the style and ambition. This is where thirty-somethings go to retire.” (As I walked about eight blocks one day around dusk from my hotel to Voodoo Doughnut it seemed to me that Portland is also the place twenty-somethings go to live in groups on the street and avoid the arrival of adulthood.)

Musing about how long “Portlandia” might continue, Armisen said that seventh and eighth seasons “feel right,” adding, “nothing lasts forever.” That may be true, but given the renewed popularity “Portlandia” continues to enjoy on Netflix, the impact of the show and the identification with it that the cast, crew and city enjoy may last a lot longer than anyone imagines.