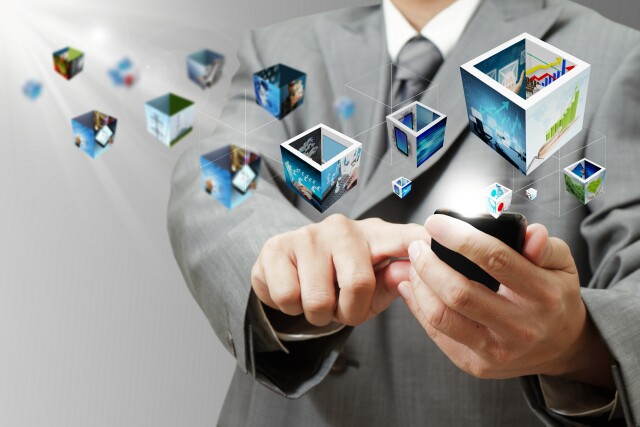 Media synergy comes out as the hottest media topic this year. In March, ARF Ground Truth found that, on average, a second medium adds 19% to ROI, a third medium 23%, a fourth medium 31% and a fifth medium 35%. In 2012, TiVo Research and 84.51 found that there is a large synergy effect (equal to 40% of the TV sales effect alone) between in-store advertising/promotions and television. The synergy effect however is credited to in-store by today’s research. Attribution needs to evolve to include buckets for synergy combinations. The world is much more complicated than we have wanted to see it.

The profound importance of synergy is clearly demonstrated in two TiVo Research studies of tune-in advertising in which certain media types had almost zero rating lift impact when the household received only that type; but in combination with another type, added an average of about +50% to that type’s ability to raise ratings. Paid TV advertising, paid local TV advertising and the lead-in all appeared to have little or no impact in the two studies unless combined with other unpaid and digital, whereupon they lifted the ratings increases of the latter media by double digits.

One example where synergy effect was a +47% lift on the ratings produced by the audience promotion: 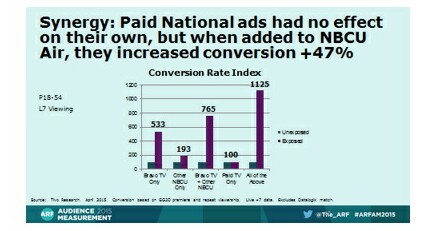 Disney ABC and Accenture have shown that there is a synergy effect between TV and search which gets attributed to search; and when properly attributed as synergy and divided equally between the two, calculated TV ROI increases +15% and calculated search ROI goes down by that percentage. CBS’ Dave Poltrack has been making that point since the 2008 UBS conference and this backs up his data and foresight.

With synergy having such a powerful effect, this throws a lot of industry thinking about optimization into a cocked hat. ROI optimization is going to be a lot more complicated than anticipated -- which is why I’ll be presenting a paper detailing a new, more granular view of ROI optimization than ever before contemplated at the ARF Audience Measurement Conference (AM 2016) on June 12-14 in New York.

I hope you can be there; ARF and many other presenters are bringing the best data and revelations we have ever had, and they will change everything.