Joanne Lipman On How to Close the Gender Gap 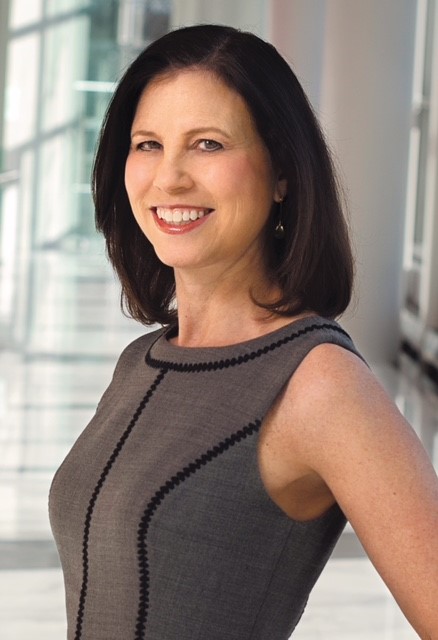 Joanne Lipman, renowned journalist and former Editor in Chief of USA Today, surprised the media industry as she stepped down from a job that she loved to concentrate on her new book That's What She Said.  An exclusive excerpt from the book was published on the Jack Myers KnowledgeExchange on February 20.  (You can read it here.)  Lipman's commitment to an equitable workplace has been steadfast throughout her career even prior to #MeToo, the Trump Administration, #TimesUp and the Women's March.  Given the perfect convergence of recent events, the publication date for her book was accelerated and Lipman seized the moment.  In this interview, Lipman explains why bringing men into the gender conversation is the only way to enact change.  A reporter by trade, Lipman supports her strategies with anecdotes, research and personal stories.

Mary Ellen Holden:  Why address your book to men?

Joanne Lipman:  I've worked primarily with men throughout my career.  The book grew out of an article I wrote for the Wall Street Journal, headlined "Women at Work: A Guide for Men."  Women talking to each other about being marginalized, interrupted and overlooked is 50% of a conversation, which at best gets us half a solution.  My feeling is that many -- perhaps most -- men would like to be our allies, if they only knew how.  I wrote the book to invite men into the conversation.  This is not about shaming; it's about inclusion and solutions.

Holden:  What surprised you the most?

Lipman:  Learning that expectations are set at a very early age for women to be undervalued which translates directly into the pay gap among adults.  Researchers asked six year olds to complete a simple task and then "pay" themselves in Hershey Kisses.  The boys paid themselves with more Hershey Kisses than the girls!  This experiment was repeated in middle school and high school with money, and the boys consistently paid themselves more than the girls.  This shows how values and feelings of self-worth are set early on.

Holden:  How do "out groups" correlate with women in the workplace?

Lipman:  The similarities are amazing.  "Out groups" include underrepresented minorities, the disabled, the elderly and introverted men.  They are often disadvantaged when it comes to hiring, especially by white men; that's because we tend to gravitate to people resembling ourselves.  Like women, they are paid less than white men, have fewer opportunities for promotions and are less likely to have their ideas heard and acted upon in meetings in which they are a minority.

Holden:  What is the "respect gap"?

Lipman:  Research shows that when a man and a woman have the exact same title the man gets more respect and more power.  For example, female physicians are often introduced by their first names, while male physicians are generally introduced by the honorific "doctor."  Much of this stems from unconscious bias, not conscious sexism; when we are aware of it we can take actions to counteract it.  I noticed in the first draft of my book that I fell into that trap myself.  The first step is awareness that unconscious bias exists in all of us, even in women about women.

Holden:  I was surprised that you are not a fan of corporate diversity training.  Why not?

Lipman:  Given my reporter roots, I strive to understand facts.  I learned that a Harvard researcher studied 30 years of diversity training at more than 700 companies and concluded that it was harmful for [all] women as well as for black men.  He surmised that these groups would have progressed further if there had been no training at all.  The primarily white men who were taking the training felt like they were being punished and that they were being told it was all their fault.  They resented those implications.  I juxtaposed these findings against my real-life experience and discovered the same.

Holden:  Looking ahead, what is your greatest fear in this #MeToo/#TimesUp world for your Millennial children?

Lipman:  The worst possible outcome would be if there is a backlash and men say they no longer want to hire, talk to or mentor women.  Since men still hold most positions of power, this would set back gender equality by years, if not decades.  My hope is that the reverse will happen: men will become aware of the issues women face, and we can all work together toward positive culture change.

Holden:  How has writing this book changed the trajectory of your career?

Lipman:  I love being in a newsroom and creating new ways of connecting with audiences.  That hasn't changed.  I can easily imagine going back to a large news or content organization.  But That's What She Said has surprised even me, in that it has become more than a book.  It's a mission, to effect culture change.