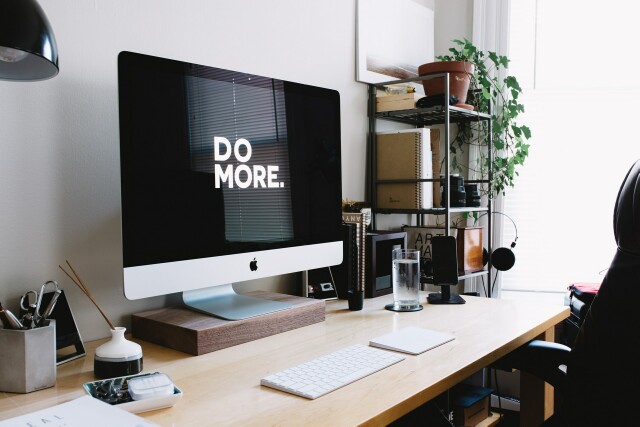 At a time when the whole subject of attention to ads and indeed editorial content is front and center, it’s worth considering the related topics of involvement and engagement, and in particular how to take account of our own behaviours and experiences.

Many years ago an agency friend of mine (the legendary Daz Valladares, for those with long memories) told me a story about an experience he’d had on the London underground. Daz had placed an ad in a particular newspaper. (Just reading that back I realize that the words "placed," "newspaper" and quite probably "ad" must appear like a foreign language to some. Let alone the word "Daz.")

By all accounts this placement had been fraught with problems; Daz was particularly proud of the eventual outcome.

There was a guy sat opposite him on the tube, reading that particular newspaper. Daz watched as he came to the page with "his" ad on it -- and turned the page without even giving it a glance.

The way Daz told the story he was so upset he came close to going over to the guy, yelling at him that he had no idea of the time and trouble he’d gone to in order to place that ad in that particular spot and making him turn the page back.

Daz felt invested in the ad. He had gone to great lengths to make sure it appeared in just the right place for the audience he wanted to reach to see it, to engage with it. And here was a real-life member of his target audience ignoring it.

We all know, of course, that this happens all the time. We "know" it, but so often we don't know it in the sense of taking account of it in how we advise our clients, and how we plan and buy.

Today more than ever that's a matter for algorithms, for unexplained and unexplainable systems.

It's not a matter that stirs the emotions of those involved.

We aren't sufficiently engaged in the process; the truth is we don't really care as long as the numbers say that we hit some meaningless impressions or click-through number. That the auditor likes it.

I'm not so naïve as to fail to understand that it's all so much more complicated these days, but to me that isn't any excuse for not caring, not thinking through how people in real life behave.

We could all do a lot worse than look around us, as Daz did. Look at our own behaviours, at what those close to us do.

That is quite different from saying all media decisions should be based on what we as individuals do, but it is to suggest that we should add some air and some light, some real-life experiences to leaven the stodge that is the numbers.

I’m just in the process of changing cars. Not a bleat from the manufacturer I've been loyal to for most of the last 30 years (I don’t count auto-generated messages telling me my finance arrangement is about to end), nor the dealer.

I've just called to change my motor and my home insurances. No attempt to persuade me to stay from the company I've been with for the last 10 years, aside from noting my decision.

I get mail from local estate agencies offering me the opportunity to sell my house. All have one thing in common -- they address me as "Dear Sir or Madam." Actually, that's not true. Some use "Dear Householder."

I have just bought a pair of shoes (to those who know me that must come as a shock). I am most certainly not going to buy another pair of the same shoes -- despite the constant recontact messages that destroy my online reading experience.

We all know these things are true; we all have these experiences.

So why do we continue selling the wonderfulness of online messaging without considering that really, in real life things don't always work as well as all that conference-fodder would have us believe.

Never forget that what we do is really a sophisticated form of guessing. All the research, all the data certainly improves the odds, but it's still guessing.

We should all lift our heads from the computer, from the spreadsheets, from the jargon-infested nonsense that infects both social-media and real-life platforms.

We should look around, breathe, observe.